This review is part of our coverage of the 2020 Toronto International Film Festival.

Play It Again, Sam: Based on real events, Kemp Powers’ 2013 play is a speculative consideration of what happened when the four African American icons gathered together for one night in 1964. Historically, this is the year that Cooke would be murdered; Malcolm X would be assassinated the following year in 1965.

Expanding upon his original source material, Powers has opened up the world of the play to include events outside the Miami motel. The film opens with a vignette for each of its protagonists, the most discomforting of which is Brown’s encounter with a seemingly friendly fan played by Beau Bridges that ends with a startling reminder of the racism that even Black celebrities endured (it’s tempting to say “at the time,” but the film’s urgent political commentary feels just as apt for the current moment).

While the “opening up” of the play doesn’t entirely assuage King’s production of a certain inevitable staginess, the opportunity to spend a few moments alone with each man helps to flesh out the characters and reinforces their shared struggle for societal acceptance, regardless of their profession or their stature within it. 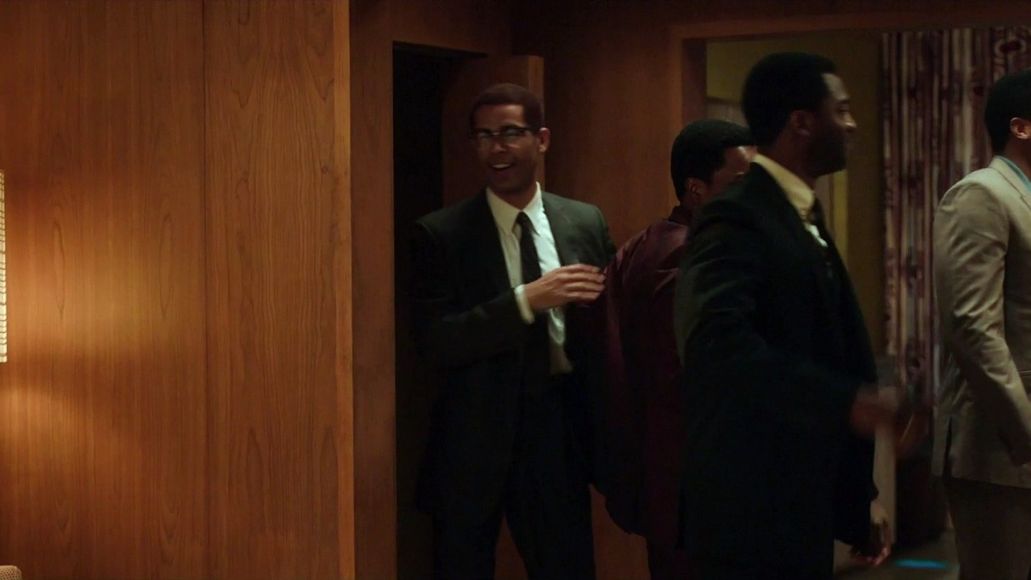 One Night in Miami (Amazon Studios)

King of the World: King has chosen a small, but nuanced film for her feature debut. Her direction is mostly unobtrusive; there are few, if any, ostentatious shots that draw attention away from the characters (a few birds eye shots of Clay in the boxing ring are as showy as it gets).

Her presence is evident in other, smaller ways instead.

King favors slow, gentle pans around her characters as they speak, which evokes the feeling of an introspective character study. She also makes great use of mirrors and framing inside the motel room, which helps to reinforce the divide between Cooke and Malcolm X in the film’s second half. Overall, however, King seems content to let her actors shine, which is a remarkably wise decision given the caliber of performance on display.

Star Power: Suggesting that the acting performances in One Night in Miami have Oscar potential is an understatement. While the four roles are not equal, all of the men do exceptionally well with the material, bringing the requisite passion, resignation, and pride to do these iconic American figures justice.

Hodge is disappointingly given the least to do. Brown is often on the periphery and rarely wades into the disagreements. He’s followed by Goree, who has great comedic chops, but whose character exists principally to be a pawn in the middle of Malcolm X and Cooke’s philosophical and moral arguments.

It is the latter two roles that truly shine, and Powers rightfully gives both characters opportunities to take the upper hand and get dressed down. Kingsley Ben-Adir and Leslie Odom Jr. are both astounding, delivering nuanced performances that carry a full range of emotions without ever resorting to histrionics. There’s every possibility that Ben-Adir, and possibly Odom Jr., will be significant contenders when the next awards season kicks off. 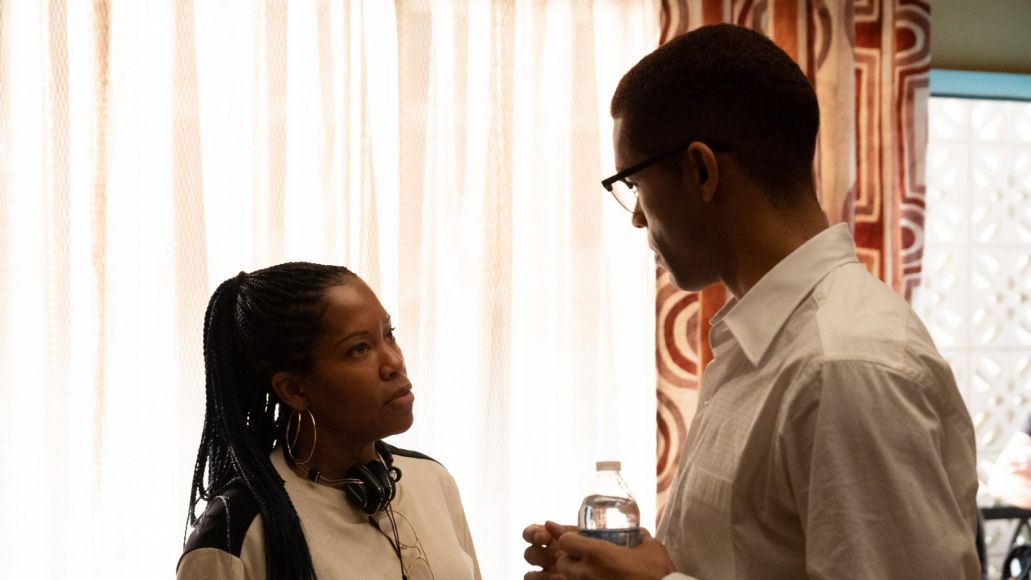 One Night in Miami (Amazon Studios)

Fighting for Our Lives: The film derives most of its conflict from the ideological push and pull over the responsibility of wealthy Black men to help their fellow man succeed. This discussion takes on many forms, touching on examples from the film and music industries, as well as politics.

In one of the best scenes of the film, Malcolm X regales Brown and Clay with the story of when he first heard Cooke sing. At a packed house, the singer’s performance was sabotaged, and he was nearly booed off the stage … until he found a way to unite the crowd by stomping out a beat. As Malcolm X tells the tale, King intercuts between the motel and the theater to reinforce how simple acts have the power to unite disparate people and how — despite his protests — Cooke can leverage his public platform for the good of the revolution if he would only commit to join the fight.

It’s a hugely compelling moment in an intimate film that is packed with emotion and thought-provoking material. The struggle that Malcolm X is trying to rally them for may have specific connotations in 1964, but as evidenced by the impact of the BLM movement earlier this year, these discussions and debates are just as timely and relevant in 2020.

The Verdict: Regina King’s directorial debut is a quiet and contemplative film, filled with powerful mediations on race, responsibility, and revolution that are both timely and entertaining. Additionally, the powerhouse performances by Leslie Odom Jr. and Kingsley Ben-Adir will likely drum up substantial buzz for One Night in Miami when awards season begins.

Where’s It Playing? One Night in Miami has been acquired by Amazon Studios but has no release date