If you’re reading this, you’ve likely finished Charlie Kaufman’s i’m thinking of ending things, and you’re probably wondering what the hell you just watched. You’re not alone. The general consensus from everyone who’s seen the film is that it’s a dense, labyrinthine meditation on, well, a lot of things. The film chews on memory, ego, grief, time, loss, and the laundry list of existential woes rattles on. It’s all permeable enough that the takeaways to be had are nothing short of infinite, and the film is very self-aware about that notion, so much so that one could argue that was Kaufman’s meta intent.

But that’s always been par for the course when it comes to Kaufman. His ironclad resume speaks to a cinematic tradition of turning everyone’s minds into puzzle pieces — and that’s why anything he issues winds up being an event. i’m thinking of ending things finds Kaufman on another level, though. There’s a funereal quality to the entire narrative that finds the brazen screenwriter and filmmaker in an achingly sobering place. If anything, it feels like an addendum to the solipsistic dread he explored in 2008’s Synecdoche, New York, arguably his most personal work to date.

Granted, the entire thing is based on Iain Reid’s 2016 debut novel of the same name, but it’s where the film strays from its source material that speaks to Kaufman’s truest feelings — particularly its ending. Now, it would be a total fool’s errand to try and explain what it all means, and exactly what Kaufman’s intentions were with the changes (at least unless you heard it straight from the puppet master’s mouth), so consider this simply “a take.” After all, everyone will leave this film feeling something else, and that’s part of the film’s majestic quality, and why we’re even talking about it beyond the credits. 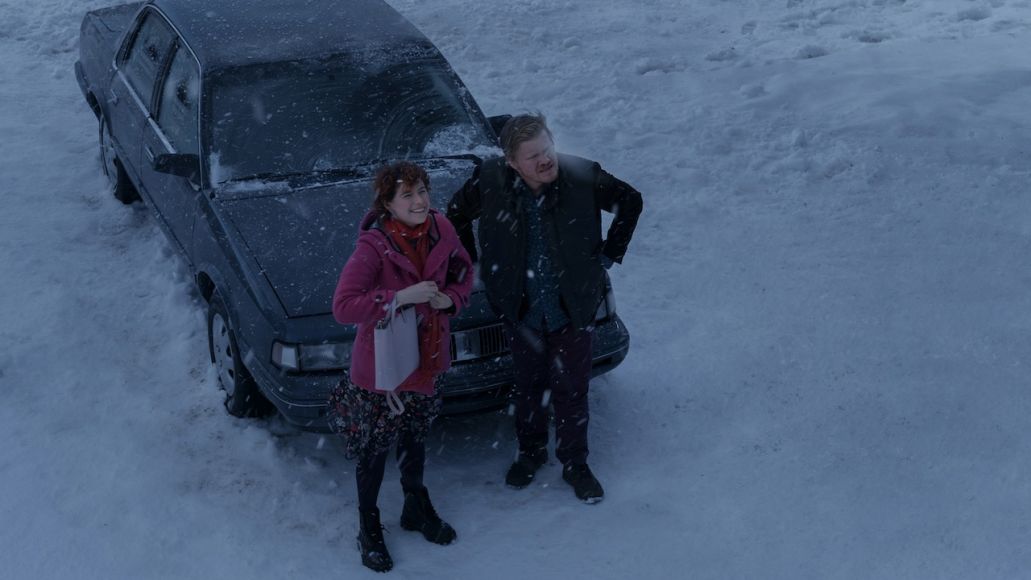 So, what does it all mean to this writer? Well, it boils down to the idea that perception is reality. So much of our own world is based on what we build around it, right? Our experiences, our interactions, our choices are all made with our own best intentions, at least most of the time (even if we hate to admit it). Because of this, we’re always going to have a distorted point of view, one ensconced in our own predilections, biases, ego, etc. With i’m thinking of ending things, everything we see is within Jake’s control. These are his memories and the way he wants to remember them — that is, when he has control.

As we see towards the end of the film, Jake is hardly in control of his own memories. In a very Kaufman-esque way, we watch as his memories develop a consciousness, one that is forcing him to come to terms with the realities of these memories. But why is that? Well, it’s two-fold. One could argue this is Kaufman’s way of reckoning with themes of ego, something that goes in line with Jake’s heightened sense of self (a POV that contrasts heavily with his coarse reality as a lonely night janitor). Or, it could be that he’s suffering from a form of dementia, as evidenced by his recurring memories involving David Thewlis’ Father figure and his bizarre actions at the school by the end of the film. 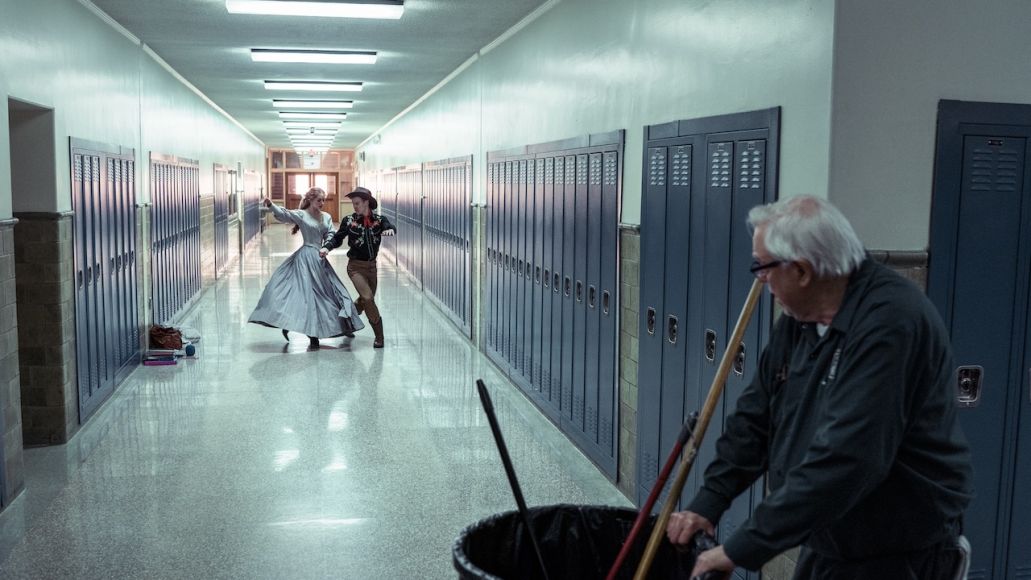 Either way, Kaufman is tearing down the walls that Jake built around him, and what’s beyond those walls is his beautifully glum take on self-consciousness. Much like Synecdoche, New York, Kaufman hammers down our own obsolescence in the universe, and he brings it all home by zeroing in on Jake’s seemingly caustic relationship to the pig. For Jake, the pig recalls a haunting image of stumbling upon a swine’s maggot-riddled corpse on his family ranch. Whether that actually happened is up for debate, but the image clearly stuck with him, namely because it’s a truth he can’t swallow.

It’s the truth that life is often futile, that not all roads lead to glory, and that some walks of life are often relegated to darkness — and even destined for such a fate. It’s knowing that there is no do-over, and that, maybe, the do-over wouldn’t have even mattered. Now, one way to look at this is that Jake is finally coming to terms with these truths. The Oklahoma reproduction and his closing words are emblematic of that revelation. It’s a shedding of his ego, if you will. On the other hand, you can see this entire charade as a death march for Jake, a funeral, his mind’s way of sending him off with a true sense of self.

Again, this is just one take. What’s yours?