Some performances are as legendary as the story surrounding it, and Jimi Hendrix’s live show in Maui, Hawaii is one of them. The famous 1970 concert took place at the foot of the Haleakala volcano, filmed as part of the rock icon’s hilariously incoherent Rainbow Bridge movie. Now, a new documentary called Music, Money, Madness… Jimi Hendrix In Maui will take fans behind the scenes of that ill-fated film and the unusual circumstances leading up to Hendrix’s performance. An accompanying live album has also been announced.

The idea for Rainbow Bridge came shortly after Hendrix’s momentous delivery of the “Star-Spangled Banner” at Woodstock the previous year. Seeking to capitalize on Hendrix’s rock stardom, his manager, Michael Jeffrey, planned out a semi-fictional movie that would capture the essence of the Hawaiian hippie counterculture. Jeffrey, who handled the production duties, envisioned Hendrix’s Maui performance to be the centerpiece of the film and intended to pair it with a live soundtrack.

Things did not go as planned. Through word of mouth, a random assortment of Maui hippie residents showed up to attend the concert, including a group of surfers and Hare Krishnas. Jeffrey also squandered the budget that was put up by Warner Bros., and only 17 minutes of live footage made it into the film. The promised soundtrack also never materialized.

Upon its release, Rainbow Bridge was panned by critics and fans, most of whom were led to believe they were going to see a Hendrix concert film, not a barely-scripted story about a New York model who joins up with a hippie occult commune. Oops.

While Rainbow Bridge failed to capture audiences, perhaps its chaotic, hot mess of an origin story will prove to be more entertaining. At the very least, fans will have another Hendrix live album to add to their collection. And not to worry, Live In Maui will be longer than 17 minutes — Hendrix actually ended up filming two full-length concerts at the bottom of the Haleakala.

Both Music, Money, Madness and its companion live album will be released on November 20th. Find a trailer for the doc below, and then here for pre-order information. 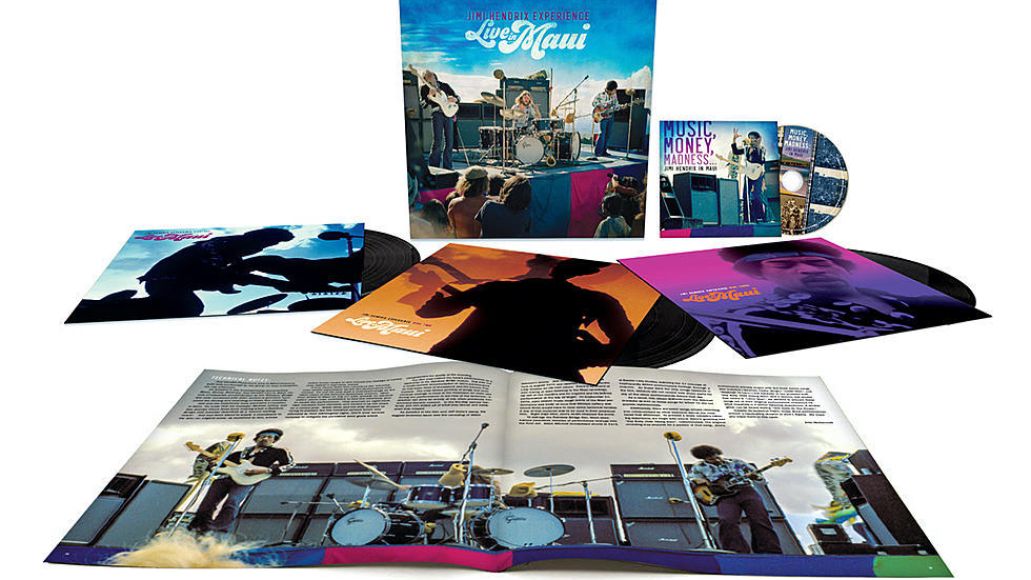