The Berlin quintet first began to attract international attention last year with the soul-inflected EP Kil Scott. But “Lay Down Your Weapons” finds the band exploring a more muscular rock and roll sound. That may have to do with the subject matter; as People Club explained in a statement, the new track is inspired by police brutality towards marginalized groups. They wrote,

”Lay Down Your Weapons’ is about issues that weigh heavy on our hearts. It was originally written in 2017 about issues of police brutality and the police militarization that black and brown folks have disproportionately faced, and unfortunately we are still fighting these issues today. We are so proud of all the people on the front lines fighting for justice, for institutional reform/dissolution, for legislation, and for the safety and liberty that our BIPOC and LGBTQIA communities have long since deserved. We were asking..but now we’re demanding. We deserve justice, we deserve freedom, we deserve that our lives are valued. Black lives matter and defund the mother fucking police.”

“Lay Down Your Weapons” opens with a wobbling synth and the steady march of war drums. An electric guitar picks out adrenalized riffs, as vocalist Sarah Martin sends a message directly to cops. “The world is watching,” she reminds them, “Don’t be what they want you to be.” When the chorus arrives, it does so with the force of decades of righteous indignation. “Lay down your weapons!” they roar, “Lay down your weapons!” Check out the song below.

“Lay Down Your Weapons” will appear on a soon-to-be announced EP. Scroll onwards for the single artwork.

People Club · Lay Down Your Weapons

“Lay Down Your Weapons” Artwork: 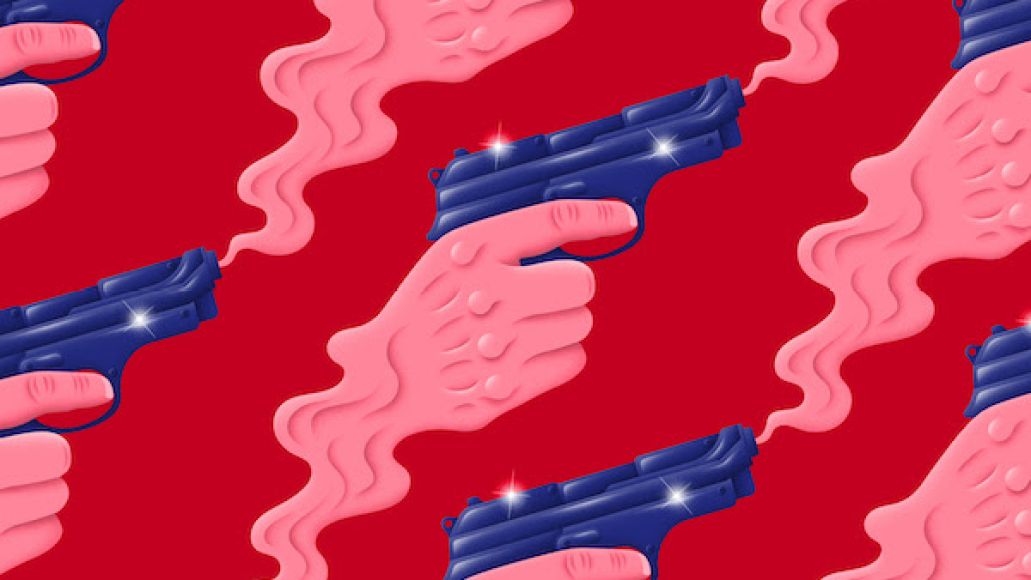