Pink Siifu and Fly Anakin have announced the collaborative new album Fly Siifu. As a preview of the November 13th release, the  dynamic duo from the DMV have shared the latest single, “Richard Pryor”.

The two rappers bring different perspectives and approaches. Baltimore’s Pink Siifu is a genre-bending experimenter who challenged minds and ears on the 2020 howl of rage Negro. Fly Anakin is a member of the rising hip-hop collective Mutant Academy. An old-school MC, F.A. has more flows than a yoga retreat.

Both rappers have been prolific collaborators throughout their careers, and Fly Siifu features plenty of friends old and new. Siifu’s often traded bars with Liv.e and Fousheé, and he once made a whole album with B. Cool-Aid and producer Ahwlee. All four make appearances on the album. Fly Anakin’s Mutant Academy is also well represented, with production from Ohbliv and Foisey. Additional beats were handled by Madlid, Jay Versace, Mejiwahn, Playa Haze, Budgie, Lastnamedavid, Graymatter, Creme, Malik Abdul Rahmaan, and Animoss.

But while they’ve worked with artists near and far, there’s something special about the energy between Siffu and Anakin, and their chemistry is on full display on the new cut “Richard Pryor”. This Playa Haze production has almost no drums whatsoever, just the occasional flourish of bells or cymbals. Pink Siifu raps with a stoner’s drawl, spinning a spaced-out, contemplative verse. He drops the line that gives the song it’s name, too, spitting, “My n—- Richard on the block with the fire, that’s us.” Fly Anakin brings a higher-energy flow, ploughing through a dense verse punctuated by percussive syllables and internal rhymes.

The accompanying music video was directed by Nelson Nance, and shows the two MCs and about a bajillion hand-rolled joints. The song is interrupted by the artists, visibly drunk, attempting to toast each other. Check out “Richard Pryor” below, and scroll onwards to peep the album artwork and tracklist. 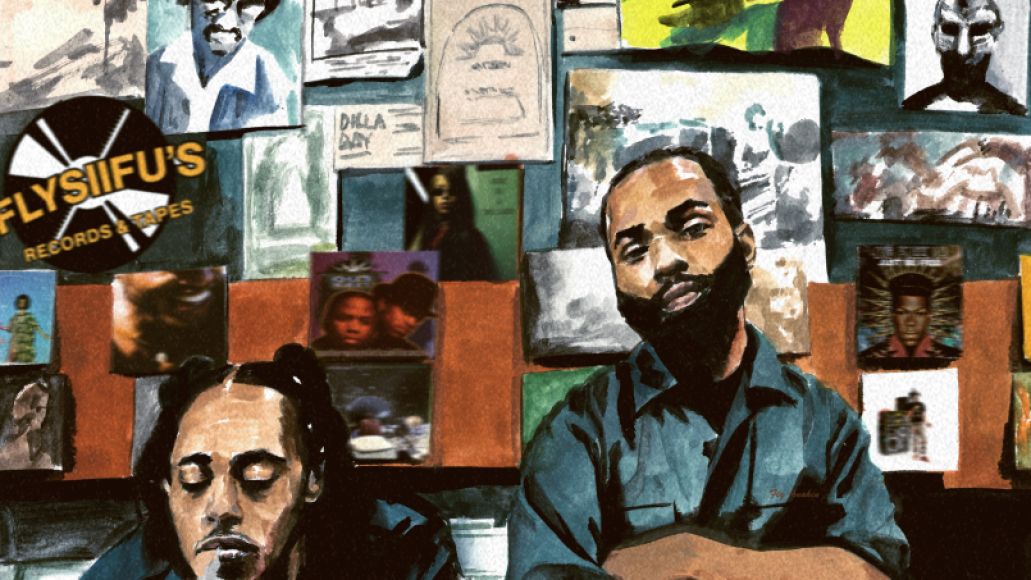