Rammstein released their iconic debut album, Herzeleid, 25 years ago today. To commemorate the occasion, the band has announced a remastered anniversary edition, coming to digital platforms, CD, and vinyl on December 4th.

The reissue boasts a fresh remastered of the album, available in a hi-fi 24-bit format for the first time, and comes stylized with new artwork from Dirk Rudolph. It’ll be released digitally, on a single CD housed in a lavish digipak, or as a deluxe vinyl set containing  two 180 gram heavyweight black vinyl discs with blue splatter effect. Both the CD and vinyl editions of the reissue are in limited quantities.

Herzeleid introduced the world to Rammstein, establishing all of the band’s trademarks: industrial beats, dance rhythms, blasts of guitar noise, eroticism, and the controversial lyrics and commanding vocals of frontman Till Lindemann. It would take a while for the global mainstream to come around to Rammstein, but they quickly became heroes in their home country and a beloved discovery for fans of industrial metal worldwide. The album’s debut single, “Du riechst so gut”, was a phenomenon of sorts, and the band never looked back.

Flash forward to 2020, and Rammstein are still going strong, having released an untitled album last year in addition to Lindemann also dropping a solo record. While their touring plans were postponed due to the COVID-19 pandemic, the band is apparently already back in the studio recording new music.

Pre-order the physical edition of the remastered Herzeleid via Rammstein’s online store or Amazon. Watch the original music video for “Du riechst so gut” and check out the updated album art and original tracklist below. 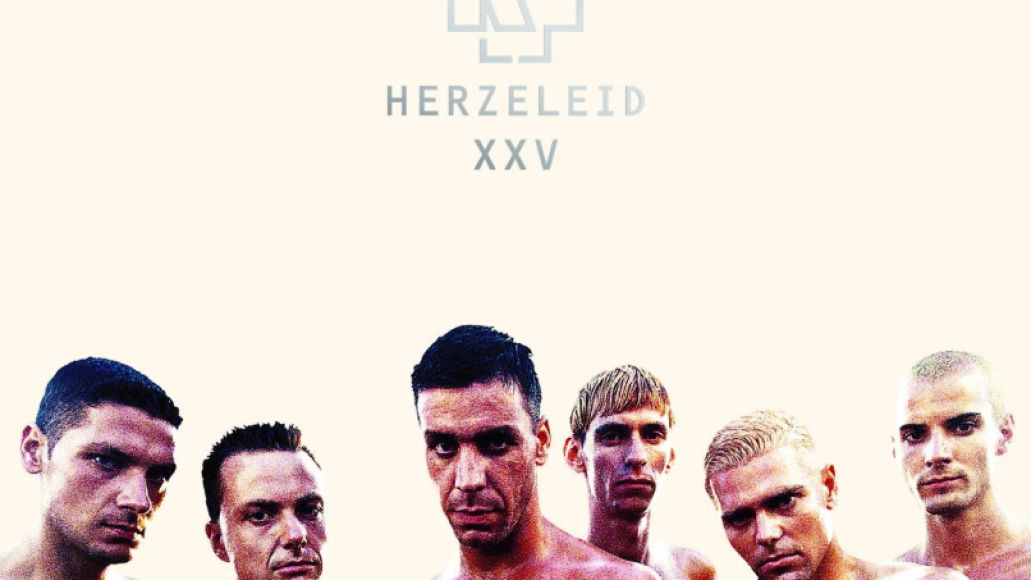 8-Year-Old Boy's Performance of AC/DC's "Back in Black" Earns Him Spot in Finals of The Voice Kids Spain: Watch