Leonardo DiCaprio might have been the actor to say this, but the compliment goes something like, “If I’m watching TV, and Goodfellas is on, I’ll drop everything and watch it till the end of the movie.” Granted, why believe the quote if I can’t source it, but why believe anything that happened in Henry Hill’s accounts either? Point being, it’s not about the accuracy, it’s about the feelings that Goodfellas stirs up. Then again, you could say that about 95% of Martin Scorsese’s decades-long output.

That’s why we love so much of Scorsese’s work, and that’s why we’re here today, foolishly trying our hand at a seeded list of his filmography. Perhaps it’s with pride, ego, and guilt that we even attempt to sort out the career of one of Earth’s mightiest film lovers, but try we will. A director of virtuoso camerawork and editing in every project. A man whose faith and upbringing drives his characters in fascinating ways. A New Yorker whose personality and interests have given way to a boatload of utterly fantastic films that we’re very grateful to watch and preserve as some of our all-time favorites. Till the end, of course.

It should be noted this is a feature-length film presentation here. For the sake of brevity in the face of 66 directing credits, we made some exclusions. Concert flicks like Shine a Light were politely avoided. And Scorsese’s documentaries — both short and long-form? Not presently included. (God, how we’d love to riff on Catherine Scorsese in ItalianAmerican.) And other short, commercial projects, well, that’ll be for another day. But you can always watch The Key to Reserva and/or his ad for champagne. (And hey, leave enough comments below, and maybe CoS has to publish either a revised or alternate listing.)

10 Goodfellas Quotes You Probably Say All the Time

The 10 Most Shocking Mob Hits in Film History

So, with that in mind, happy 30th anniversary to Goodfellas, yes. But thank you Martin Scorsese for Mean Streets, for The Irishman, for The Age of Innocence. All right, now grab your shine box, because this list’s about to get made. And in the spirit of Last Waltz’s opening title card, READ THIS LIST LOUD. Like, maybe while listening to The Crystals. 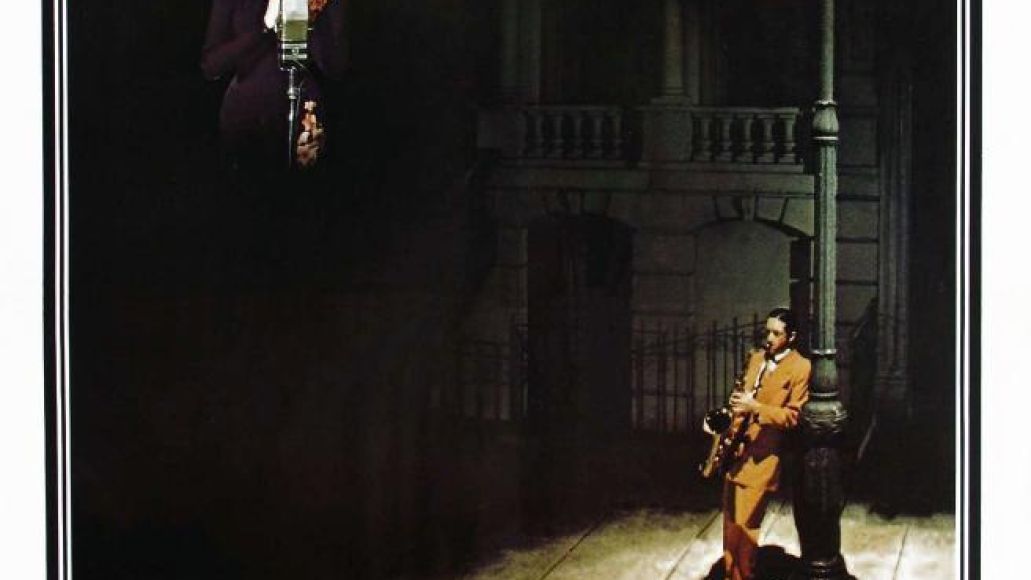 The Pitch: She’s a small-time USO singer. He’s a shit-talking jazz saxophonist. This relationship has disaster written all over it, because when the creative types get together? Oh boy. De Niro and Minnelli headline Scorsese’s homage to big-band musicalia of the ’40s, and it merits saying: De Niro is a big-time asshole. And not in the “oh god this is fascinating” Raging Bull way. He’s a brute and a bully and well, more soon.

Needle Drop: So, the title song is a bit huge. Just remember: Liza did hers before Frank did his. Arguably better. Just watch Liza go to town.

Film School: Scorsese goes hog wild in the “Happy Endings” number. It’s got visual allusions to Summer Stock, West Side Story, Guys and Dolls, and more. Scorsese flaunts it like a student who really got into musicals over the weekend.

Speed-o-Meter: The films rushes and drags. When Scorsese is working out Minnelli and Doyle’s long-term romance, the movie is old studio somber (with temper tantrums and star personae, but still). But when Scorsese jumps into the music of things, letting De Niro play around to Tommy Dorsey, giving Minnelli a nine-minute homage to musicals, it’s record night at Scorsese’s house, and he has a fat stack of reference material at the ready.

Hot Mess: Tensions were high, drugs were involved (read Peter Biskind’s Easy Riders, Raging Bulls for fun). Minnelli and De Niro’s fight in a cab got so heated that Scorsese wound up in the hospital. Scorsese walked off set at one point, pissed at De Niro, and Scorsese’s longtime friend Steven Prince had to direct a scene. And that’s the stuff off-screen. De Niro’s cretinously mean the entire story.

Editor’s Note on Steven Prince: Watch Scorsese’s short doc American Boy: A Profile of Steven Prince. It’s so drugs. Prince is that one friend we all have that has seen truly crazy shit in his lifetime and stayed alive just long enough to share it all.

Not-So-Sound Mix: Scorsese’s almost always been a one-editor director, but on of New York, New York, three editors were required: Bert Lovitt, David Ramirez, and Tom Rolf. Bless ‘em. They had the unenviable task of making sense out of New York, New York after Scorsese allowed virtually all dialogue to be improvised, and when dailies hit post, the movie required a big band of editors to get it together. Part of the blame, as suggested by Biskind’s book, was Scorsese’s escalating drug problems and loss of control for the material.

Analysis: New York, New York sings. Often. But there’s one big, fat fucking sour note curdling the thing, and his name is Robert De Niro aka Jimmy Doyle. Like, there’s pre-La La Land stuff about stubborn lovers and talented souls at each other’s throats and hearts here. And Scorsese goes full blown Old Hollywood love letter, influenced by moving to LA in the ‘70s and being smitten by studio system nostalgia that gilds this film.

But man is De Niro the world’s biggest bully. Impulsive, insufferable. He screams at Liza in a way that makes her and the viewer deeply uncomfortable. He practically drags the film by its arm to the finish, impulsively pushing the movie scene to scene. He’s a rotten shit, he’s abusive to everyone in the movie in a way that raises far too many questions, and he’s the reason this is a hard-to-watch affair. And that’s saying something when the guy played Jake LaMotta. 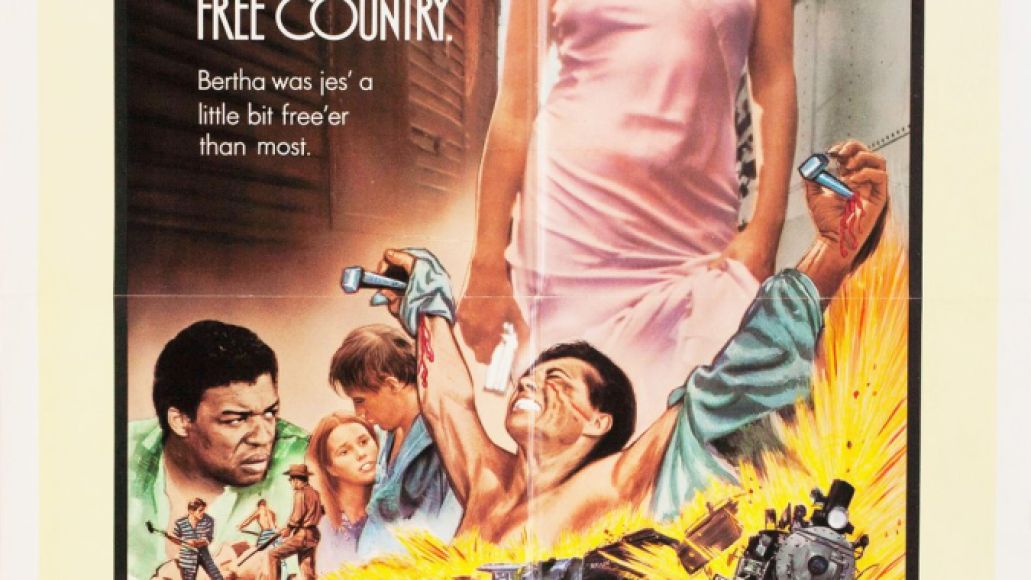 The Pitch: A zero-budget adaptation of Ben Reitman’s 1937 novel Sister of the Road, Boxcar Bertha tells a tall tale of a young Southern woman’s love life and crime life crossing tracks in the Depression-era South. Barbara Hershey is the titular Bertha, packing heat, taking on railroad tycoons, all while stoking the fires of passion with her man, “Big” Bill Shelly (David Carradine). It’s labor and unions versus the big boys in a series of train robberies, and Bertha’s fighting for the people.

Film School: The exploitation parts of this project didn’t stop Scorsese from staging a movie theater scene, complete with posters for The Drum, Wife of General Ling, Desert Guns, and The Man Who Could Work Miracles. Show-off.

Speed-o-Meter: Bertha possesses a sub-90-minute runtime and rules in place from grindhouse guru Roger Corman that demanded tons of blood and breasts every 15 minutes. So even if Boxcar Bertha feels a little dated, cheap, and sleazy, it still gives away 1970’s goodies at a clip. Scorsese obliged Corman. With the utmost taste on a low budget, of course.

Mean Cassavetes: The merits of tough love and bullying are totally up for debate. But how useful was it that John Cassavetes basically guilted Scorsese into making Mean Streets over this project?

I really like John Cassavetes method of shaming Scorsese into making Mean Streets by calling Boxcar Bertha a piece of sht. pic.twitter.com/yDwxj8AXCO

Playboy and Playgirl: Apparently this movie was promoted via a photo spread in Playboy. That’s right, the magazine that once had naked pictures, and specifically for Bertha, stars Barbara Hershey and David Carradine were photographed making — ugh — passionate love in a rundown house. They were partners at the time. Exploitation films, baby. If you really want to see the pictures, go to Google images and search for “Boxcar Bertha Playboy”. You’re welcome, I suppose.

Analysis: Watch any Corman flick from the ‘70s, and it’s almost a requirement that you watch through your fingers. Such crass amounts of gore and nudity, all at low-cost to grab cash at drive-ins. But when Martin Scorsese came through American International Pictures’ doors, he saw Corman’s demands and managed to make his own meal out of the situation. He had control over the project, drew up roughly 500 storyboards, made characters with names that reference his heroes Michael Powell and Emeric Pressburger. And the movie ends with a crucifixion. All filmed in a 24-day shoot window. Boxcar Bertha is a solid B-movie, and a decidedly strange, dirty, and fun one at that.