Rico Nasty is back today with a new single called “Own It”.

Easily one of the Maryland MC’s most accessible tracks to date, the song is built on a rhythmic beat that rolls along muted exotic tones just hinting at a Middle Eastern vibe. Fittingly for a track called “Own It”, Rico Nasty makes no excuses for herself in the lyrics. “Talk my shit, I ain’t gonna stop,” she confidentially professes. “When I walk in, jaws gonna drop.”

The song’s music video continues this unapologetic self-proprietorship. Featuring a number of wild outfits and an abundant use of a fisheye lens, the clip aligns the very 2020 artist with the weirdos of ’90s rap. Take a look below.

“Own It” follows a number of singles Rico Nasty has dropped throughout the year. In addition to her solo cuts like “Lightning”, “My Little Alien”, and “Dirty”, she’s collaborated with everyone from IDK (“495”) to Kali Uchis (“Aquí Yo Mando”) and 100 gecs (“iPhone” and a “ringtone” remix). 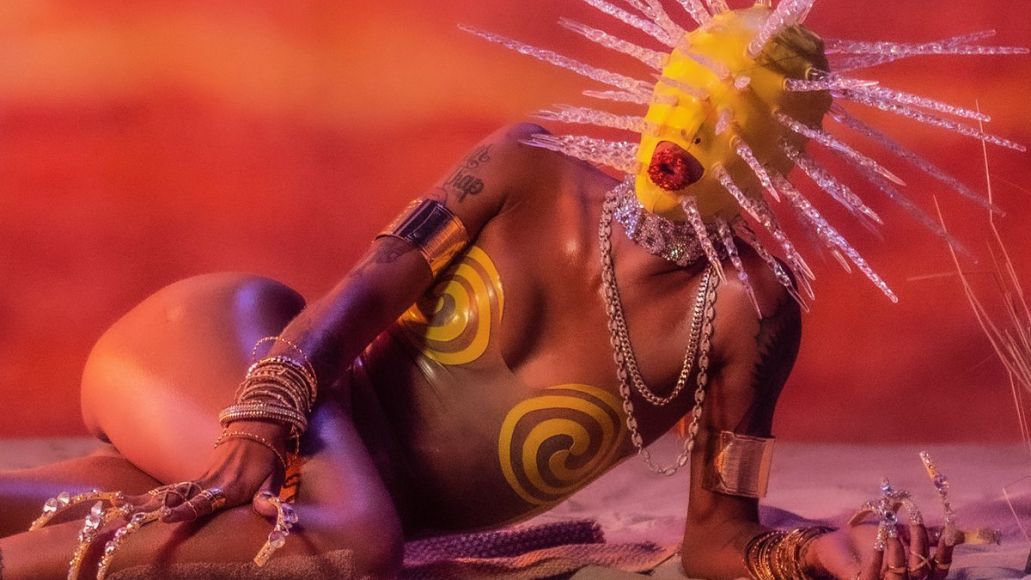