Sam Smith has announced their new album. It’s called Love Goes and it’s due out October 30th via Capitol. To accompany the news, Smith has shared a dance-ready single called “Diamonds”, alongside an accompanying music video.

Love Goes is Smith’s third studio album to date, following their 2014 debut In the Lonely Hour and 2017’s The Thrill of It All. They originally planned to call the new album To Die For, but scrapped the title and pushed back its release due to the pandemic.

It seems in the time since then, Smith has tinkered with the album. Several of the previously released singles — including the Demi Lovato-aided “I’m Ready”, the Donnie Darko-sampling “To Die For”, and the Donna Summers cover “I Feel Love” — have been relegated to bonus track status. As such, following the Burna Boy collab “My Oasis”, “Diamonds” marks our second preview of the album proper.

“Every time I went into the studio I promised myself I would shoot for the stars and have no limitations…I am sorry it’s taken a while,” said Smith in a statement. “But these unprecedented times gave me the room and space to fall in love with these songs all over again…After it all I still believe love is the answer. And with love in our hearts and kindness in our words and actions, we sing on.”

Smith turns that sentiment into action in the music video for “Diamonds”. The clip finds Smith alone in an empty house as the sun begins to set. After wallowing around, they begin to feel the music within and get up to dance, a sequence that includes several flashbacks to a rain-soaked evening. For such a minimal stage, it has a surprising amount of heart and motivation at its core. Watch it below.

Pre-orders for Love Goes are currently ongoing. While you wait for the release date to approach, peep the album’s full tracklist and cover artwork after the jump. 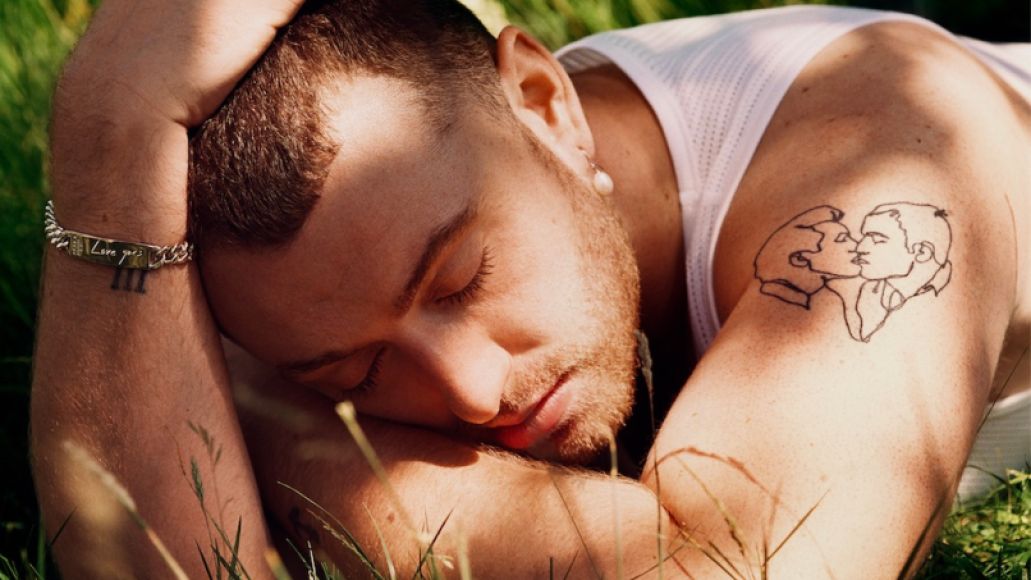