Daptone Records has announced a new compilation of previously unheard cover songs by Sharon Jones & The Dap-Kings. Cleverly titled Just Dropped In (To See What Condition My Rendition Was In), it’s due for arrival on October 23rd.

Following 2017’s Soul of a Woman, this new record is the second posthumous Jones release since the legendary soul singer tragically passed in 2016 after a battle with pancreatic cancer. It sees Jones putting her own unique spin on Prince (“Take Me with U”), Dusty Springfield (“Little by Little”), and The Marvelettes (“Here I Am Baby”). She also tackles Janet Jackson, Bob Marley, Shuggie Otis, and Woodie Guthrie, among others.

Some of the tracks were originally commissioned for film soundtracks (The Wolf of Wall Street, American Gangster), whereas others were unused recordings from the Daptone Records vault. For instance, Jones’ cover of Kenny Rogers’ “Just Dropped In (To See What Condition My Condition Was In)” was the first track ever recorded at the Daptone House of Soul studio in 2002.

Album Review: Sharon Jones & the Dap-Kings – Soul of a Woman

For a taste of the forthcoming project, stream Jones’ reworking of the Stevie Wonder classic “Signed Sealed Delivered I’m Yours”. As to be expected from the iconic artist, it’s a great entryway into this collection of timeless tunes and unmatched vocal prowess. Take a listen below.

Just Dropped In (To See What Condition My Rendition Was In) Artwork: 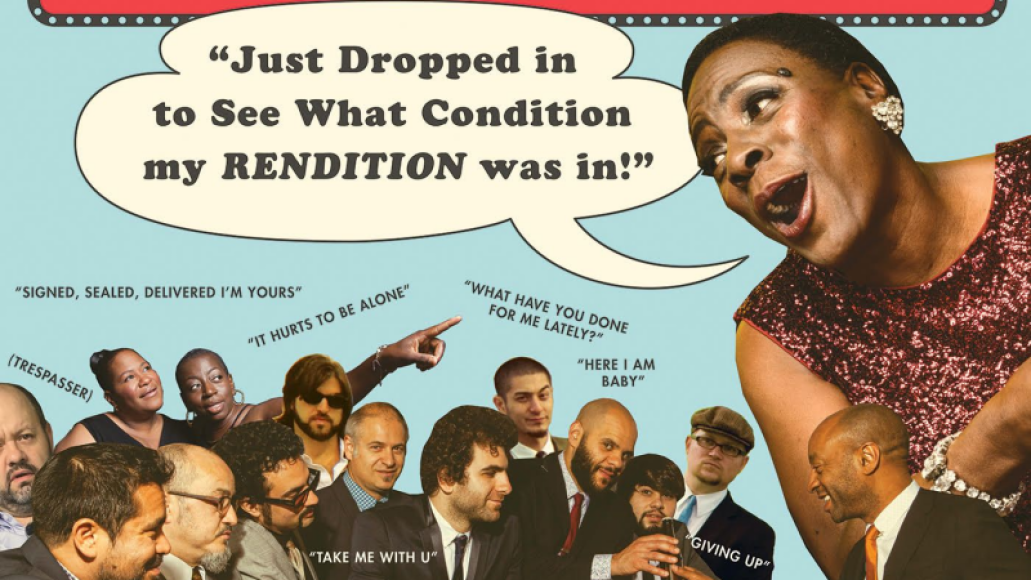