Travis Scott has unleashed his latest single “Franchise”, featuring M.I.A. and Young Thug. Check it out below via its accompanying self-directed music video/short film.

The song comes hot on the heels of Scott’s smash hit McDonald’s collaboration, which has been so popular that various locations are literally running out of ingredients. “Franchise” is itself something of a branding exercise, as the short film premiered ahead of select IMAX screenings of Christopher Nolan’s Tenent on Thursday night. Scott also contributed the track “The Plan” to the film’s soundtrack, leading Nolan to call the new short film “part of a Travis/Tenet/Travis sandwich” in a note he wrote the rapper.

Yet despite all the cross-promotion involved, “Franchise” remains a reminder that Scott’s also a tactful rapper with an instinctual ability to carry out great collaborations. The song is built atop an industrial beat from frequent collaborator Chase B that seems tailor-made for Scott’s iconic vocal delivery. His airy croons and braggadocious bars like, “You need more than Google just to find me,” sound hype as ever, while the production also works to the advantage of the similarly playful Thugger and hard-hitting M.I.A.

As HotNewHipHop points out, “Franchise” was originally titled “White Tee” (a shirt Scott references in the hook) when Scott first announced in July that it would be part of an upcoming Chase B-produced album called Escapism. M.I.A.’s involvement in the track wasn’t included in that initial announcement, nor was its involvement with Tenet, so who knows if the song has changed significantly since then or if Escapism will ever see the light of day.

Regardless of where “Franchise” ends up, at least we got some awesome artwork out of it (seen below). Scott enlisted My Beautiful Dark Twisted Fantasy artist George Condo to do the single’s cover, and it looks kind of like a stained glass painting from hell — which is to say it’s cool as shit. 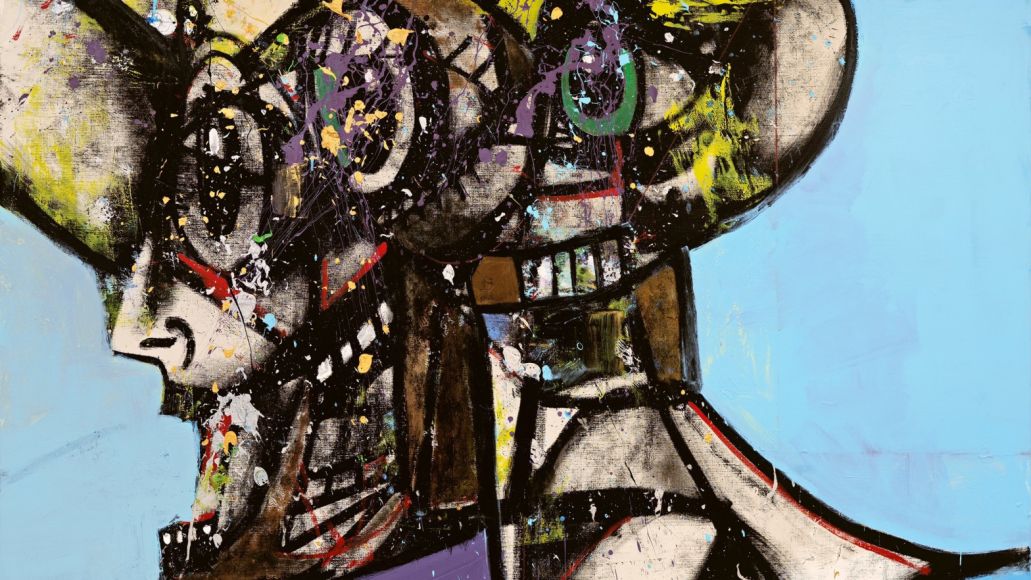 I DIRECTED THIS FILM FOR THIS SAGA OF UTOPIA MY GUY CHRIS NOLAN LETS US ROCK IN ALL THE IMAXES WORLD WIDE. GO WATCH THE IMAX EXPERIENCE TONIGHT https://t.co/dEdmwRhTAJ pic.twitter.com/WfBCJ3WPpL