Our Track by Track feature provides musicians the chance to guide fans through each track on their latest album. Today, Sylvan Esso gives us some much needed Free Love.

One of the fall’s most anticipated releases, Free Love follows Sylvan Esso’s 2017 record What Now. Self-produced in the band’s own studio in the woods of North Carolina, the LP is billed as their “first true ‘band’ record.” It finds vocalist Amelia Meath and producer Nick Sanborn working hand and hand on all elements of the songwriting and recording, instead of one focusing on melody and the other on beats.

Sylvan Esso describe the album as “about being increasingly terrified of the world around you and looking inward to remember all the times when loving other people seemed so easy, so that you can find your way back to that place.”

To introduce the album to their fans, the duo threw a virtual Opening Night multimedia event on their YouTube channel. The stream included the world premiere of the song “Numb”, with choreography from Emma Portner (Justin Bieber, Blood Orange, Maggie Rogers); performances of “Rooftop Dancing”, “Free”, and “Ferris Wheel”; DJ sets from Sanborn and tUnE-yArDs’ Merrill Garbus; and more.

Stream Free Love in full below and read a complete Track by Track breakdown of the whole thing from Sylvan Esso themselves.

“What If”:
Amelia Meath: I wanted to begin the record by talking about the end — I love talking about the circular nature of life. I feel like it is more and more important to talk about how the environment is breaking down — how humans are contributing to that and also how truly large the planet and our universe is — how our contributions to its breakdown are both giant and miniscule.

“Ring“:
AM: It’s a love song! I had been trying to write about tinnitus, how strange it is that we spend all our time making sounds, trying to get people to listen to them, and because of this our ears are filled with a ringing that is a byproduct of all the ears we have left ringing and so on, and so forth, and now we are oroborus-ing again.

Nick Sanborn: Tinnitus also feels like a constant, ringing reminder of your own mortality, that all things end and cycle. It’s almost the more mature answer to “Die Young”, a song written from within a long term relationship looking back on its own nature and beginning.

“Ferris Wheel”:
AM: I love boardwalks and all the cool kids I used to see hanging out on them in Santa Cruz. “Ferris Wheel” is partially an answer to the Bruce Springsteen song “4th of July, Asbury Park (Sandy)”, and also just a flirty summertime song about being on the edge of sexuality- feeling the newfound power your body holds and trying to figure out how to wield it — the joy and fear in that.

“Train”:
AM: Every time I sit down to write a pop song — I like to begin by thinking, “This is going to be somebody’s favorite song.” It’s a great motivator — but this time for some reason when I was imagining it being someone’s favorite I remembered all the favorite songs I have left by the wayside after the discovery of a new favorite song. Which is why the bridge in this one is just me listing off all my old favorites. “January Rain”, the refrain from “And It Stoned Me”, “It’s Raining Men”, all these songs waiting to be listened to.

“Numb”:
AM: I have been trying to write a 1950s dance song for a long time — something like the The Capitols’ “Cool Jerk” — something that describes the dance you are supposed to do to it. Which is how the song opens: “C’mon baby let me show you this dance I just learned” — but this one morphed into a dance that’s kind of a magic spell- a way of naming all the reasons why you are sad or overwhelmed — and shaking it out — shake yourself out of apathy, remember that you are alive.

“Free”:
AM: Accepting being simplified to have someone’s love shine on you.

“Frequency”:
AM: I imaged a little girl living on flat farmland — she has a favorite radio station from far away, and the only why she can hear it is if she carries her radio with her up the tallest tree in her backyard. She loves the radio DJ — cast in my brain as the same DJ Lynn Thigpen played in The Warriors. It’s about longing — but not the need for the longing to be resolved. Just that good yearning.

“Runaway”:
AM: America and our sick obsession with guns. Who gets killed by them? Who doesn’t? Who has the most guns?

NS: After the Bataclan shooting, there was a period of time where every crowd I was in made me wonder if I was about to be killed. It was a pretty constant and loud voice in my head, and made me fearful everywhere I went. But you also can’t live your life that way, and at a certain point have to let go of that fear in order to be able to function, to care about others, to let people in.

“Rooftop Dancing”:
AM: Being a small part of a living breathing whole in the city in the summer.

“Make It Easy”:
NS: It’s remembering to take a breath and acknowledging that these tides have been shifting between us since the dawn of time — and at its core our lives are about connection. 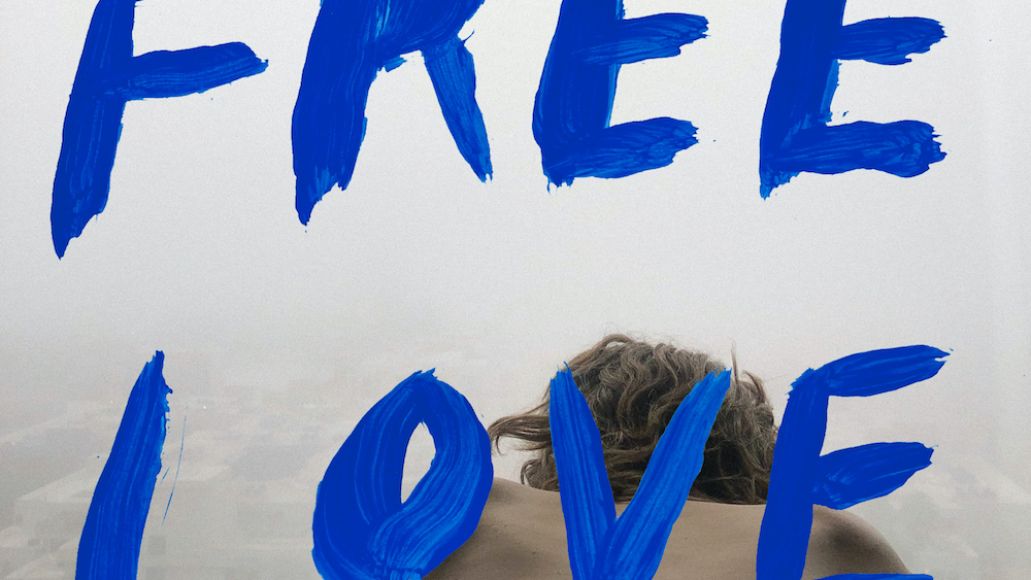