Chuck D, the rap renegade whose powerhouse baritone has guided Public Enemy for over three decades, has passionately worked to bring conscious hip-hop to the mainstream. The group’s debut album, 1987’s Yo! Bum the Show, immediately cemented them as icons who always manage to have their sights set on the cultural zeitgeist — regardless of how turbulent it becomes.

The emcee born Carlton Ridenhour remains relentless in his mission to address social issues, particularly ones that affect the Black community. 2020 alone has seen PE back in full effect: rejoining Def Jam, releasing two albums, including last month’s What You Gonna Do When the Grid Goes Down?, and remixing their classic hip-hop anthem, “Fight the Power”, all as Black Lives Matter protests continue to rage across the nation.

Public Enemy Are Mostly in Full Effect on the Rallying What You Gonna Do When the Grid Goes Down?: Review

Over the course of his career, Chuck D has inspired countless emcees to do the same. From proudly being the voice of Public Enemy to joining one of rock’s most infamous supergroups, Prophets of Rage, his career has been more of an evolving movement than a collection of moments. As racial and political tension continues to consume the headlines, the legendary lyricist sat down with Consequence of Sound for the latest installment of 10 Years and 10 Questions. 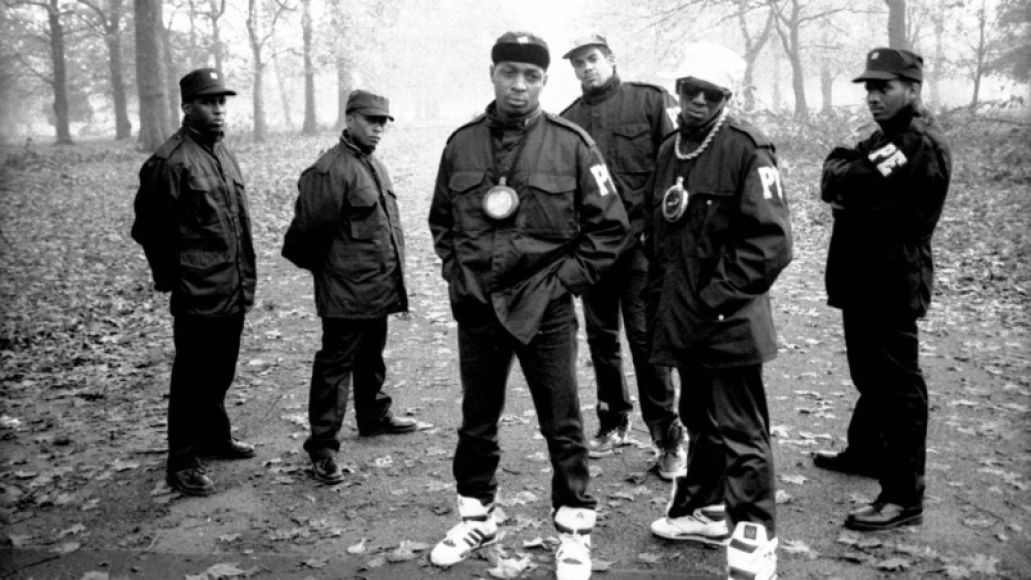 Everyone knows you as Chuck D at this point. How would you describe the difference between Chuck D and Carlton Ridenhour?

Carlton listens, doesn’t talk much … watches. Chuck D is when I’m asked to talk and is usually the person that people think talks a lot, because if I ask a question, I’m going to get an answer. So, people are always thinking I’m all talk all the time. But I really listen, and I watch more than I talk … that’s a clear difference.

We all know how Public Enemy started, but what first drew you to rap?

I really appreciated the technical aspect of it and how it was different than singing records. So, that vocal application was a combination of what I heard and radio DJs at the time — and also a little bit of sports commentary. Hip-hop is a creativity that really kind of crosses over into the creativity coming out of a Black environment. It’s a way of style … a way of sight, sound, life. People always have done it, but then it became definitive. You have talking, then you have singing, and rap is in between — that’s why it will never disappear. And what drew me into rap was during the late ’70s, in 1977, ’78, and then ’79, when it became actual records.

Public Enemy’s debut album, Yo! Bum Rush the Show, was released in 1987. The group’s dynamic and presence already felt palpably strong, as did that powerful album cover. What were your expectations when making the record?

To at least put something together as formidable as Raising Hell by RUN-DMC, which I consider the greatest rap record ever. Also, it was an album that moved hip-hop totally into the album-oriented format, coming from a singles marketplace. Before that, artists had to have singles before they got albums.

We happened to come with an album right out of the box. That was kind of unprecedented. And it was with a major system for a label that was experimental called Def Jam. Def Jam, in the beginning, was an experiment — it was not a given, so they wanted to sell albums. We came out like a rock act that had albums before we had a hot single on the streets. “Public Enemy No. 1” was our first single, but that came out the same time the album came out.

It Takes a Nation of Millions to Hold Us Back came out this year and changed hip-hop forever. It’s well-documented that you wanted to make your own version of Marvin Gaye’s What Going On, a social commentary on the times. What was the difference between this record and Yo! Bum Rush the Show?

Having a passport and seeing the world was the biggest difference between the two albums. And the speed … the speed of It Takes a Nation was substantially faster than Yo! Bum Rush the Show. But Bum Rush the Show definitely stood out. As a matter of fact, it was our first record acknowledged internationally … that’s why they came up with Yo! MTV Raps. It was off of Yo! Bum Rush the Show, since the show started out in the UK.

But with It Takes a Nation of Millions to Hold Us Back … first of all, the music was ugly. You got ugly, crazy music all over the place and voices coming at you from left, right, and center. It’s not what you call “nice music.” You can’t really sit down, spark a blunt, and say I’m going to listen to Public Enemy. Public Enemy’s music is more like getting your car and running it through a storefront.

Spike Lee released the cult classic Do the Right Thing and used “Fight the Power” as its theme song. It was the perfect pairing and I was wondering what was that era like for you?

It was a renaissance period at that time in the late 1980s for a lot of Black creators in New York city and Harlem and Brooklyn. You had Spike Lee making movies. You had journalists in The City Sun and also The Village Voice that were proficient.  You also had creativity in the music business with Andre Harrell and Russell Simmons. It was a burgeoning period where a lot of creative people spoke coming from a Black vantage point.

Spike was working on his third movie that actually dealt with unrest in the New York area. We had (Mayor) David Dinkins coming in and a lot of people in the city did not like it … It didn’t fix problems right away. Spike actually put together a film that talked about the civil unrest and he said he needed a theme and we gave him “Fight The Power.”

Fast-forward to 1998 when Public Enemy paired up with Spike Lee again for the He Got Game soundtrack. What is it about Spike Lee that brings out the best in the group?

Spike’s a big Knicks fan. I’m a big Knicks fan, but I don’t go to the games. Spike wanted to tell that story at that particular time, and he knew that I was a fan that wanted to be a sportscaster. I had a lot of sports wrapped up in me … metaphors and all that. Writing He Got Game was a rather easy task for me, and Spike thought that it was a good time for Public Enemy to pull it off — and we did.

I felt that at that time nobody in hip-hop knew more about, you know, ball broadcaster-wise than I did. I knew I could break it down in rhymes. To this day, it happens to be some of my best work with vernacular that cats still ain’t caught. It just zoomed past them, you know? I’m way over your head … I’m skyhooking over your head with metaphors — and I definitely know ball.

Click ahead for more 10 Years, 10 Questions with Chuck D…

Public Enemy's Chuck D on Spike Lee, the Essence of Hip-Hop, and Fighting the Power in 2020