Glam pop artist Aaron Lee Tasjan has today announced his fourth full-length album, Tasjan! Tasjan! Tasjan!. Due out February 5th, 2021 via New West Records, the 11-track LP is being previewed today with the lead single, “Up All Night”.

Tasjan has etched quite a story in his musical journal over the years. Lady Gaga used to open for him, he’s done mushrooms with Bono, and he’s recorded with everyone from Sean Lennon to Jack White to Tom Petty. Yet his solo career has often struggled with direction, at least according to label brass. Which is why he decided to record Tasjan! Tasjan! Tasjan! in secret, absconding from the critical eyes of executives to Nashville’s Make Sound Good studios with co-producer Gregory Lattimer. Motivated to “prove them and himself wrong,” Tasjan stuck with his vintage, glammy roots and insightfully self-deprecating lyrics to create an idiosyncratic album with universal appeal.

“No one likes to feel singled out,” Tasjan explained in a press release. “I’ve encountered this feeling many times in my life including being in line at a drive-thru window in a small town in Ohio and experienced homophobic verbal abuse and harassment after I parked to eat. Be kind to each other, friends, and when our world is back to normal, come meet me at my favorite bar which I’ve raised just high enough to let in everyone.”

As a first taste of the new LP, Tasjan has shared “Up All Night”. A synth-heavy contemplation about how he deals with life’s ups and downs, the musician describes the song as “half party anthem, half cautionary tale.” “Staying up all night/ It could be good or it could be bad for ya,” he sings on the hook. “It’s gonna be alright/ Or it won’t be.”

The track comes with a music video directed by Curtis Wayne Millard, which you can watch below.

You can also catch Aaron Lee Tasjan himself live on the Consequence of Sound Instagram when he takes over our account today, October 27th, at noon ET. Make sure to check out his special performance on our IGTV page, too.

Pre-orders for Tasjan! Tasjan! Tasjan! — including a four-color-splatter vinyl limited to just 1,400 pressings — are now live via New West. The tracklist and album art are ahead. 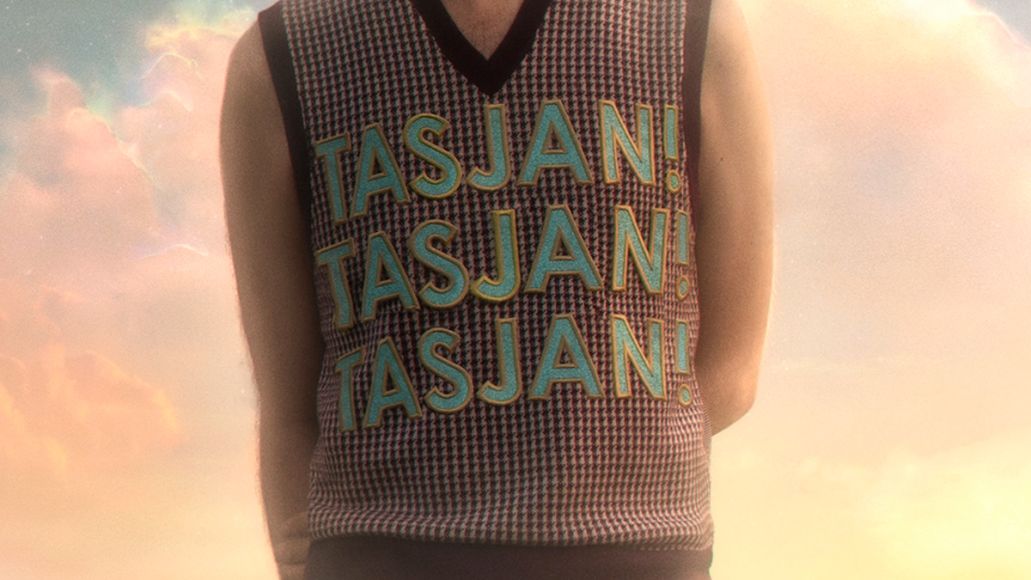