The Lowdown: If you’ve ever scrolled TikTok, you’ve heard beabadoobee’s sweet single “Coffee”. It — plus a song that samples it — has been used to soundtrack almost every clip that includes any of the following: a nausea-inducing relationship montage, a racoon (or other wild animal) doing something kind of cute, or a craft project that you will absolutely never do but bookmark anyway.

“Coffee” had taken off even before it made its way onto the omnipresent app, when it was posted by 1-800-LOVE-U, a popular YouTube channel with 700,000-plus subscribers. Characterized by a soft, almost dissolvable voice, the song is just under two minutes of simple guitar chords, doughy lyrics, and pleasant feelings. It’s charming, the equivalent of a gentle hug and kiss on the forehead.

If, at times, the song sounds juvenile or novice, that’s because it is. Born Bea Kristi, the 20-year-old only started making music at 17 when she was given a guitar after being kicked out of school. Now after just three years, Kristi has released a number of solid EPs under the moniker beabadoobee, gone viral, and has just unleashed her impassioned debut album, Fake It Flowers.

The Good: There’s so much power in adolescence, in the unadulterated, overwhelming ways that emotions manifest, in the way that our most basic human feelings are exacerbated until they feel unbearable. On Fake It Flowers, Kristi has lassoed this deluge of emotion and repackaged it into 12 songs, but it starts with a simple statement: “I don’t care.”

This initial indifference isn’t all-consuming, though: beabadoobee does care — about death, love, expression, and forgiveness. But she won’t be disrespected, and she’s not afraid to blame those who do. On “Dye It Red”, the best track on the album, beabadoobee doesn’t hold back: “Kiss my ass/ You don’t know jack/ And if you say you understand/ You don’t.” Her anger is rightfully directed, as the song transitions into a demand for consent: “Fuck me/ When I’m keen/ Not according to your beer.” There’s no passive voice in this album. Kirsti is commanding, taking control over her existence while questioning the things that are illogical with a powerful fearlessness.

Kristi’s influences on the album are clear: She so closely channels Dolores O’Riordan, Alanis Morissette, and Hayley Williams that it could almost be called mimicking — if it weren’t for her unshakeable sense of self. On “Charlie Brown”, there’s an O’Riordan-style release, the chorus opening up to reveal an abyss of angst. But the song is whole-heartedly chained to her poignant lyrics: “If I could die a million times, then what’s the point in trying?” she sings. It’s an iteration of ’90s and 2000s pop punk so flawless that it would make her influences proud.

The Bad: beabadoobee loses her footing briefly on “Horen Sarrison”, where her simplicity bleeds into cheesiness. “You are the bus that stayed when I thought I was late/ So I’m convinced you’re from outer space,” she sings over a soaring melody. It’s packed with powdery metaphors and confessions of love delivered ever so gently, so much so that it begins to resemble a Hallmark card. Even when she unveils halfway through the song, “I don’t want you to feel comfortable,” it’s not enough to undercut the overwhelming corniness. And while this may have worked on “Coffee”, a song she put on a cassette and gave to her boyfriend for their anniversary, it comes across as forced genuineness here.

But perhaps the problem is the standard beabadoobee has set for herself. “Horen Sarrison” is not necessarily a bad song; it just falls short given the cataclysm of emotion evoked in her other tracks. Take “How Was Your Day”, for example, the song that directly follows it. Although it’s a fuzzy, stripped acoustic, it sees Bea at her most cutting as she reminisces of a lost connection. Flooded with nostalgia, Bea sings, “I miss getting angry at you/ ‘Cause at least I felt something new.” It’s the kind of track that induces an involuntary heart pang, that socks you in the gut before it has even fully resonated — and it can be exceedingly hard to live up to.

Artist of the Month beabadoobee on Catching COVID: “It Gave Me Space to Write Music”

Beabadoobee on the Influence of Peanuts: “Charlie Brown Was My First Introduction to Mental Health”

The Verdict: Fake It Flowers is a true evolution, a record that’s stronger and fuller than beabadoobee’s earlier EPs and exemplifies the ongoing growth of her artistry. It also showcases Kristi’s natural ability to dive head-first into pools of unadulterated emotion, to tap into overwhelming feelings of pain, anger, or love and reframe them as everyday moments. These scenes disguise themselves as mundane, which can sometimes feel tired, but for the most part fold back to display something deeply raw and gutting. Fake it Flowers is more than a record: It’s an unveiling of true rising talent.

Pick up a copy of Fake It Flowers here… 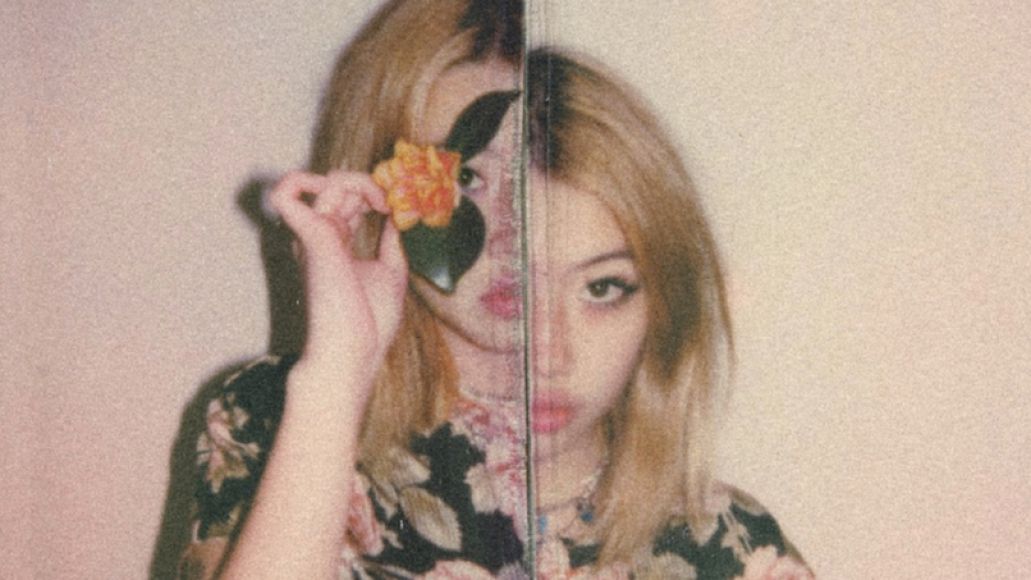 Artist of the Month beabadoobee Unleashes the Raw and Gutting Fake It Flowers: Review