The Lowdown: Westside Gunn’s Griselda Records label is not going to save New York boom bap rap. It isn’t going to bring back the ghost of Prodigy. It won’t find Jay-Z’s bricks. It isn’t Wu-Tang for Generation Z. Those types of comparisons aren’t fair to Westside Gunn, someone who has built a movement through his sheer prolificacy, a distinct voice, Daringer bells, fashion statements, and the prowess of his half-brother and cousin, Conway the Machine and Benny the Butcher.

Earlier this year, he released Pray for Paris to acclaim. That album finds Gunn, once again, being a master track sequencer and beat picker. Another thing that became evident on that album, if it wasn’t already, is how good he is at making a featured artist fit best on a track. On his new album, WHO MADE THE SUNSHINE, we see more of the same. Gunn hails from Buffalo, so he might find this comparison dubious, but he is the Bill Belichick of the rap game: He has his roster of guys he works with, and he puts them in the best position possible to succeed. He is also able to find features from places we aren’t expecting (e.g., legend Slick Rick appears on two songs here) and turn it into sugarcane for all the Griselda heads with Paris hoodies and dreams of being Nino Brown meeting Puffy. SUNSHINE isn’t Gunn’s best work — only a few songs here would make it onto Supreme Blientele — but it’s another quality album that continues to expand the Griselda universe.

The Good: Westside Gunn picks beats as well as anyone. That chatter that you heard about Griselda production is actually true, and it’s going to be his lasting legacy as a rapper. The production on WHO MADE THE SUNSHINE combines the minimal boom bap that in-house producer Daringer has made his staple while also having a much wider scope and bigger budget at their disposal. The bells on “Ishkabibble’s” and “Frank Murphy” ring like the bell for that history class you were asleep in. It wakes you up, and you stop drooling on the desk. Fellow Griselda member Benny the Butcher has two strong feature verses on this album that will remind listeners that we need Burden of Proof out now. He astutely compares the feds to the website Amazon Prime on “The Butcher and The Blade” and flexes about buying whips so expensive his wife races him from home.

Rap legend Slick Rick appears on “Ocean Prime” and “Goodnight”, deployed in perfect contrast here to the rest of the team. Westside Gunn and Busta Rhymes are two brutes. Slick Rick is a painter. “Children’s Story” came out over 30 years ago, and he still sounds great, especially over loops like this. On “Good Night”, Rick tells a tale about his friend being chased by police: “Said, ‘Got it from here’/ One of his peers, yeah, so I let him out/ And now gettin’ tortured, askin’ questions ’bout his whereabouts.” The Ruler joins us in knowing some things never change: police don’t like us.

Conway the Machine Keeps Grinding with Hard-Hitting From King to a GOD: Review

The Bad: Busta Rhymes is a legend, but his flow on “Ocean Prime” didn’t hit as intended. It doesn’t fit as seamlessly as most of the other features do on the album, and Slick Rick’s appearance even overshadows him a little bit. More could’ve been done here; Busta is an all-time great and deserves his own feature, especially on an album that lacked some of the usual Griselda standout moments. The biggest knock on SUNSHINE is that the highs just aren’t as high as anything on Supreme Blientele, Hitler Wears Hermes 7, or Flygod. Griselda is consistent in 2020, but this isn’t their height. It still sounds crisp with the track sequencing, but there is no “Gods Don’t Bleed” or “The Cow”.

The Verdict: Griselda captain Westside Gunn remains as shocking as ever, and his ear for beats hasn’t lost a step despite his higher profile. Conway and Benny are both in fine form here, too, especially on closing song “98 Sabers”. Griselda has always been a family affair, and the bonus of hearing legends like Slick Rick and Jadakiss will make listeners’ heads jerk back so hard that they’ll look possessed. Griselda releases quite a bit of music every year, with each album dropping joints worthy of staying in a personal rotation. Keep it coming. When the beats sound this good and the bars are cold like ashy knuckles, there’s nothing to wait on.

Essential Tracks: “98 Sabers”, “The Butcher and the Blade”, and “Good Night”

Pick up a copy of WHO MADE THE SUNSHINE here…

WHO MADE THE SUNSHINE Artwork 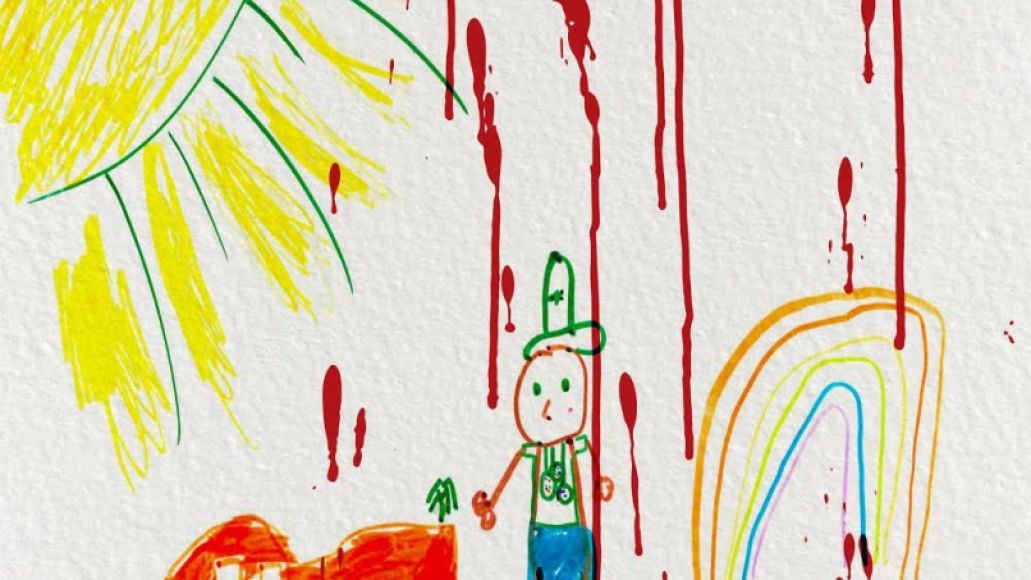 Westside Gunn Expands the Griselda Universe with WHO MADE THE SUNSHINE: Review