Did Sacha Baron Cohen just save Democracy? At the very least, he embarrassed the shit out of Donald Trump’s personal attorney, Rudy Giuliani.

Note: *Spoilers are ahead* If you don’t want to ruin the surprise for yourself, I suggest you stop reading.

Towards the end of the film, 24-year-old actress Maria Bakalova, playing the role of Borat’s 15-year-old daughter Tutar Sagdiyev, sits down for an interview with Giuliani in a New York City hotel room. After she gins him up with a series of compliments and red meat questions related to China, she invites Giuliani into the next room for a drink. Once in the bedroom (which has been rigged with hidden cameras), Giuliani sits on the bed and begins touching Tutar’s back. She removes his microphone, and Giuliani untucks his shirt and reaches into his trousers.

Borat, wearing a red bra and panties, then bursts into the room and yells, “She’s 15! She’s too old for you. Please, take me instead!” Giuliani promptly exits the room, and Borat and Tutar are then seen running down the sidewalk to the wail of police sirens.

Update: Giuliani addressed the incident during a radio interview on Wednesday (via The Daily Beast). As Giuliani tells it, he was simply tucking in his shirt after removing his microphone. He also claims that the clip is “doctored” (it’s not) and is a “hit job” in response to his investigation into Hunter Biden.

“They’ll do anything. They’ve attacked me over everything possible, investigated every business dealing I’ve ever had,” Giuliani said. “And now the idiot Borat is going after me with a totally sensationalized false account of a ridiculous movie I guess that he’s done.”

In the scene, which has been seen by Consequence of Sound, Giuliani can be heard telling Tutar to “come here” as they enter the bedroom. He then sits on the bed and asks for her phone number and address, and begins touching her back. At this point, Tutar untucks Giuliani’s shirt and removes his microphone. Giuliani responds by laying on his back. He then puts his hands down his pants for several seconds. At no point does the scene cut in such a way to suggest it is edited or doctored.

Giuliani previously disclosed his run-in with Borat over the summer, but he failed to mention the part about him attempting to seduce an underage girl in a hotel room. At the time, Giuliani told the New York Post’s Page Six that he went to the Mark Hotel in Manhattan for what he believed was a “serious” interview. He said a woman initially sat down with the former mayor and asked him a few “softball” questions, before Cohen came “running in, wearing a crazy, what I would say was a pink transgender outfit.”

Believing it was “scam or a shake-down,” Giuliani said he called police. By the time NYPD officers arrived, Cohen had “ran away.”

Giulani claimed that he later realized the man who interrupted the interview was none other than Cohen: “I thought about all the people he previously fooled and I felt good about myself because he didn’t get me.” Unfortunately for Rudy, it definitely doesn’t come off that way on camera.

So, to recap: Rudy Giulani, Donald Trump’s go-to-man for digging up dirt on the Bidens, was caught engaging in the very same behavior that they’ve accused Hunter Biden of. And in an attempt to get in front of the incident, Giulani fed misinformation to the New York Post — the same New York Post that also published alleged “emails” from Hunter Biden that Rudy happened to come across on a “wet laptop.” The whole thing is a clown show and would be absolutely hysterical, if it were not for the fact that 40% of America refuse to see the tomfoolery right before their eyes. 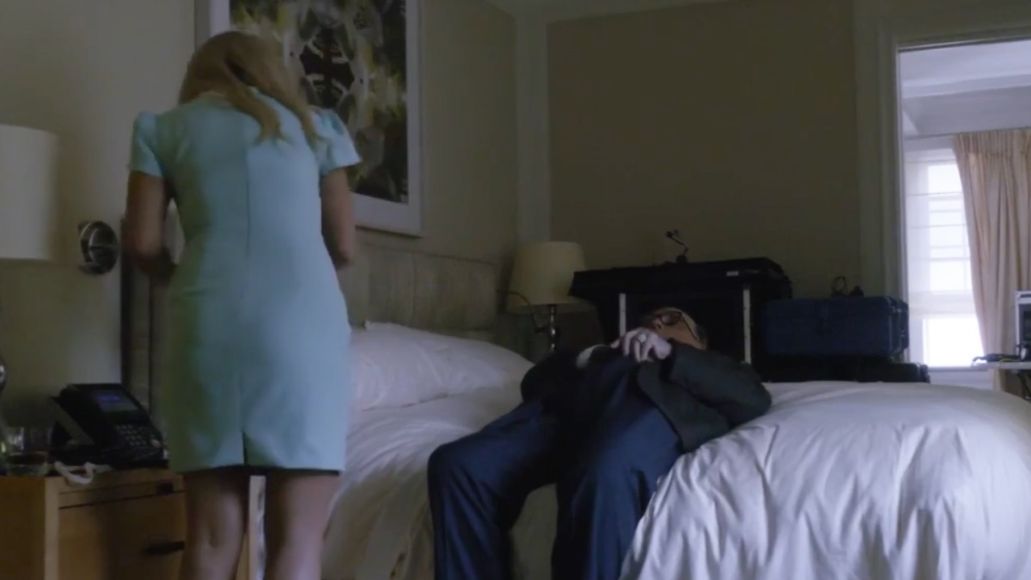