Veteran producer and emerging rapper Chuck Strangers has unveiled his new EP Too Afraid to Dance. Stream it below via Apple Music and Spotify.

As an in-house producer for the Pro Era collective, Strangers had his coming-out party in 2012 with Joey Bada$$’s breakthrough mixtape 1999.  Alongside superstar beatmakers like MF DOOM, Knxwledge, and J Dilla, Strangers was trusted with the opening track, closing track, and Bada$$’s “Daily Routine”. As an MC, he made his solo debut in 2018 with Consumers Park, and now he’s found another hat to wear: label executive. Too Afraid to Dance is the first official release from Chuck Strangers’ new company Sounds of Beverly.

This inaugural EP is eight tracks long, and Strangers produced four of them himself. Additional production came from Shepard Sounds, Nvision, and Graymatter. Guest verses were provided by three of the hottest names in underground rap: Navy Blue, Caleb Giles, and Ka.

In a statement, Strangers explained how he’s changed as he’s aged, as well as his aims with the lead single “Regular Season”.

“I’m just in a whole different mind state with only a couple years left in my 20’s. I’ve had time to mature and really look into who I am and what I want to put out there. With the Sounds of Beverly I’m literally being the change I want to see in the world and I couldn’t think of a more perfect manifesto than “Regular Season”.”

Too Afraid to Dance Artwork: 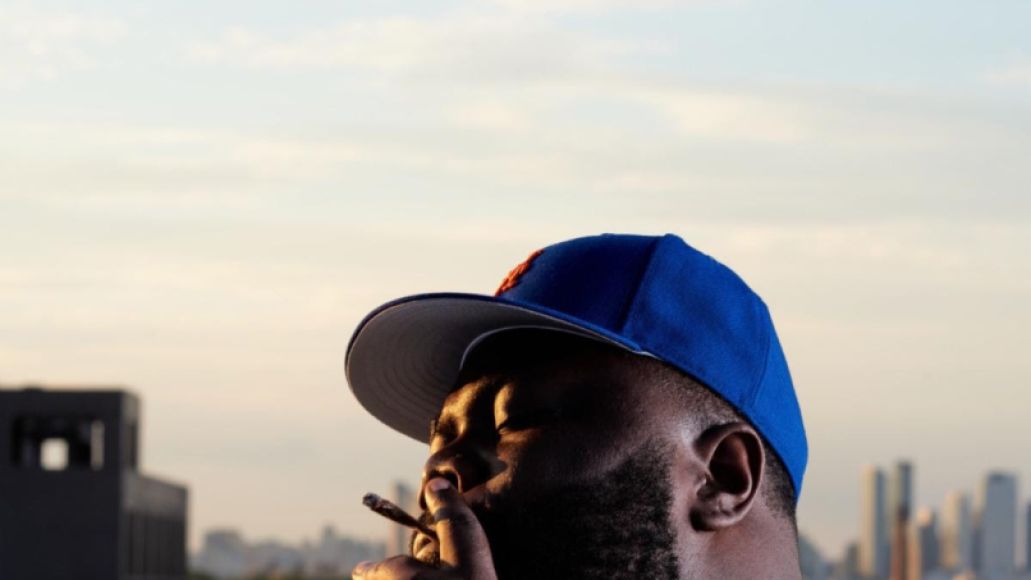