Music was always a category missing from LEGO’s immense library of toy bricks, but that’s about to change. The company has announced a new Fender Stratocaster construction set based on a fan-submitted piece that won the 2020 LEGO Ideas contest.

TOMOELL is the LEGO Ideas user behind the winning submission, which will be adapted by a LEGO designer into an official product. The guitar set will also be the first in a new music-centric series of LEGO releases, as the company looks to concentrate on its adult consumers.

“Everyone has seen the Fender Stratocaster guitar, it’s super famous and we think it’s going to be exciting to bring this to life using LEGO bricks,” LEGO Ideas Design Manager Sam Johnson said (via Brick Fanatics). “Music is a relatively new place for LEGO to play in so we’re really excited to see how we can execute this.”

TOMOELL designed a variety of Stratocasters in various colorways for the winning submission, but it’s likely that LEGO will settle on one design for the official product. According to the LEGO culture site Brick Fanatics, the set will likely arrive sometime in 2021.

It’s another notch in Fender’s astounding 2020 resume. The pandemic certainly didn’t slow down guitar sales, with the company selling more in 2020 than any other year in its history, as younger and diverse audiences embrace the instrument while in lockdown. It helps that the company is offering free guitar lessons through the end of the year.

LEGO’s new concentration on music-inspired sets also opens the door for a plethora of potential collaborations. In the past, innovative builders had to construct their own LEGO creations, like one fan’s set of the members of Tool and an accompanying stage, and another that recreated Daft Punk’s Alive 2007 Stage, both of which had a chance of being manufactured.

The possibilities are endless. How bout a 7,000-piece set of Rammstein’s epic stadium stage? Iron Maiden’s Flight 666 airplane complete with Bruce Dickinson pilot figurine? King Diamond’s “Mansion in the Darkness” from Abigail? We could go on…

Check out the winning LEGO Fender entry below. If you want to pick up an actual Fender Stratocaster guitar, you can purchase one here. 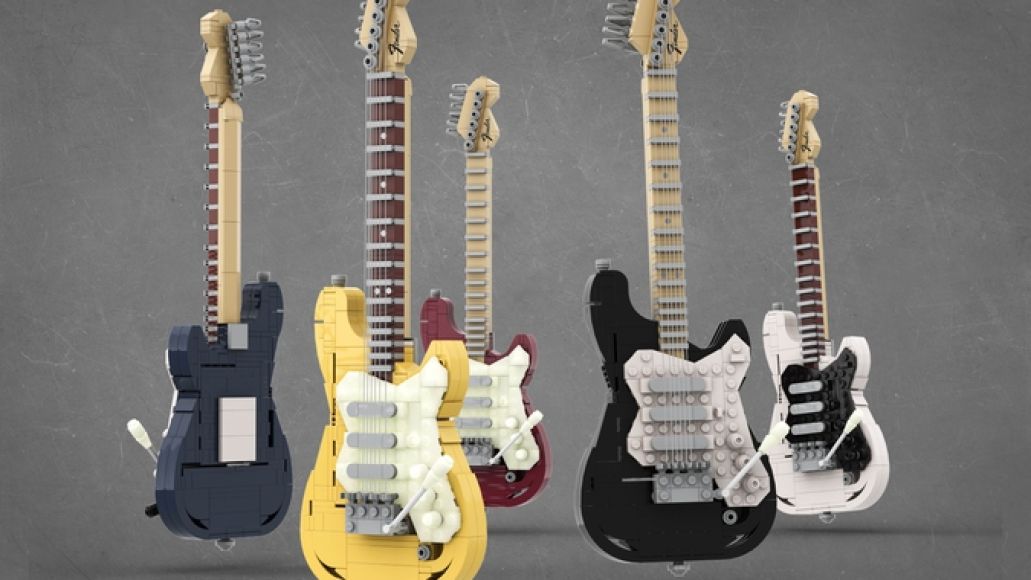