It’s not surprising that Tom Petty’s passing came to inspire an annual birthday festival. Anyone who ever attended a Heartbreakers show knows that infinite feeling and suspicion that a summer night and a favorite song might somehow go on forever. That may not have turned out to be quite true, but artists, friends, and fans have been flocking to Gainesville since Petty’s death to hold on as tightly as possible to what the man and his music meant to so many of us. This year, of course, posed additional challenges due to the COVID-19 pandemic, but that didn’t stop Petty’s family and friends from piecing together a heartfelt tribute that not only celebrated what would’ve been the artist’s 70th birthday but raised money for several notable, music-related causes. 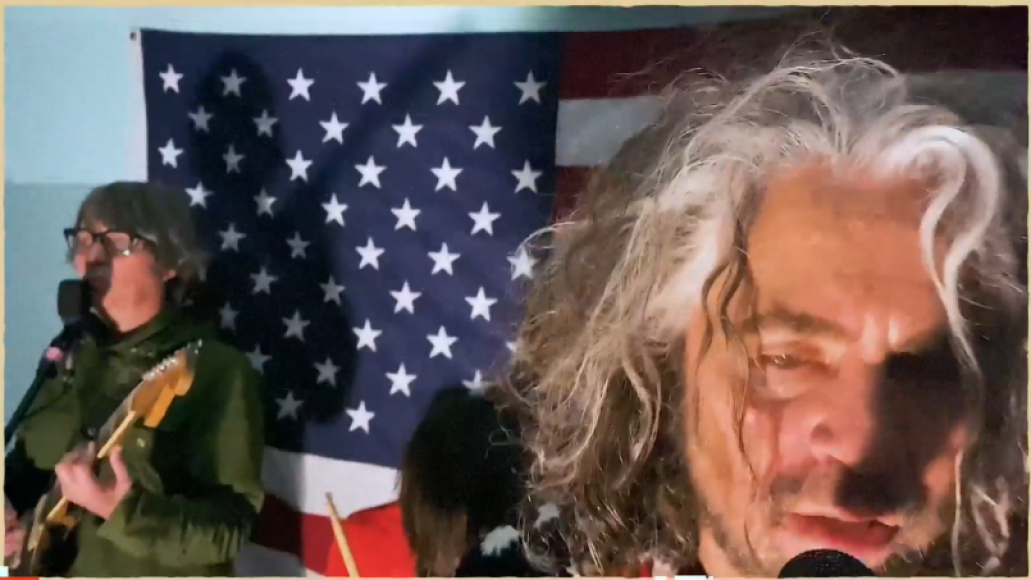 After nearly three hours of tributes on Tom Petty Radio by a couple dozen acts, including The Killers, Grace Potter, and The Raconteurs, Petty’s official website kicked off the visual streaming portion of the artist’s 70th Birthday Bash and Virtual Festival. The beautifully produced and curated program ran just shy of three hours and featured artists covering Petty’s songs and sending birthday wishes as well as archival footage of both Petty talking about life and music and he and the Heartbreakers performing their greatest hits. It was the kind of night where The Flaming Lips could launch into a bouncing (literally), psychedelic version of “Listen to Her Heart” followed by a tatted Post Malone thanking Petty for inspiring him as a songwriter and both be one-upped by Olivia Harrison (George’s wife) fondly looking back on The Traveling Wilburys days through a poem. The tributes were full of palpable sincerity top to bottom, and each performance, message, or clip seemed to peel back the layers just a bit more in showing the type of artist and person Petty was. 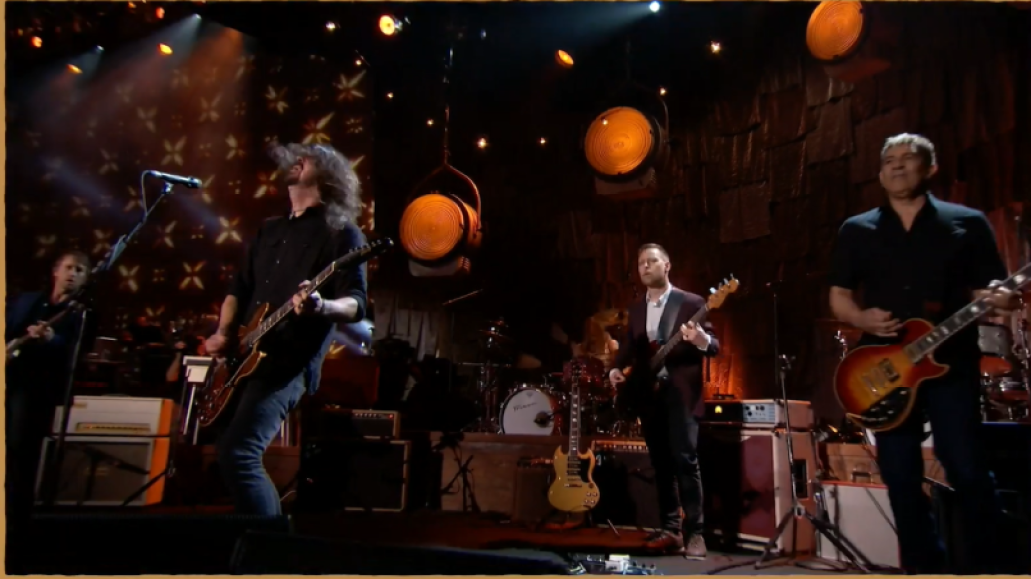 The breadth of both Petty’s songbook and influence truly emerges as you watched one heartfelt tribute performance after another. Dave Grohl and his Foo Fighters found the scuzzier side of “Honey Bee” while Gary Clark Jr. paid service to Petty’s penchant for drawn-out blues jams with a searing take on “Good Enough”. Margo Price seemed right at home performing a country-flavored “Crawling Back to You” off Wildflowers, and Amos Lee (“Room at the Top”) and Chris Stapleton (“Don’t Fade on Me”) massaged tear ducts with the quiet intensity of their performances. Others, like Lenny Kravitz and Jakob Dylan told stories about how Petty had entered their lives and helped them along the way. Adam Sandler shared a song he plays with his daughter (“Yer So Bad”), Kiefer Sutherland talked about hearing “Breakdown” for the first time as a teen, and archived footage of Eddie Vedder showed the Pearl Jam frontman playfully pranking Petty with a “Happy Birthday” sing-along featuring thousands of fans at one of his shows. These were but a handful of the gestures. 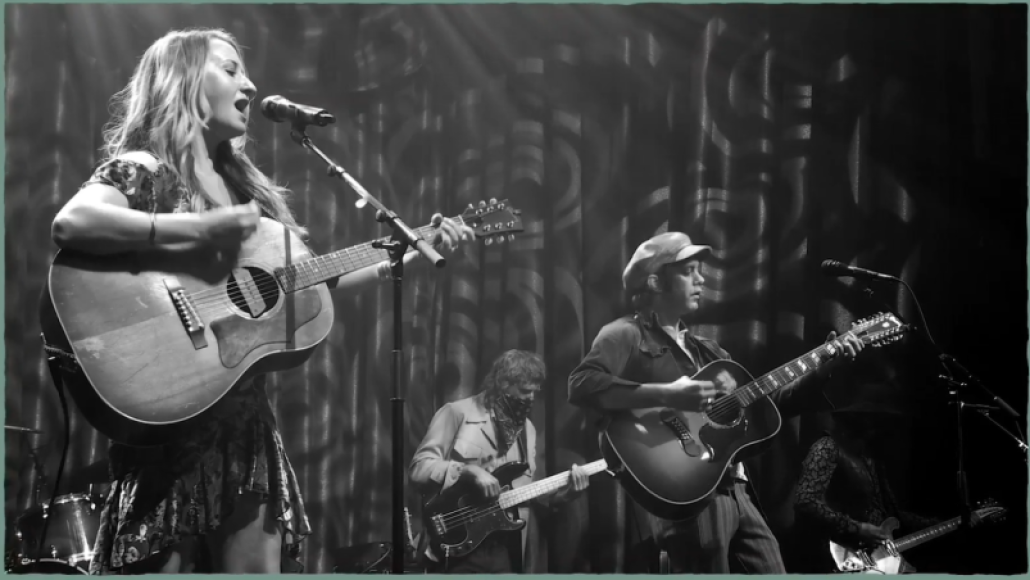 Unsurprisingly, the most touching moments came as those nearest and dearest to Petty celebrated him. Stevie Nicks read a lovely letter about her friendship with Petty, highlighted by the story of how he gave her a badge that made her an honorary Heartbreaker. Near the end of the evening, surviving Heartbreakers Benmont Tench and Mike Campbell performed three songs in their late bandmate’s honor. Tench delicately wove through a fragile, hushed take on “American Girl” that no doubt left many viewers in tears. Campbell followed with fond reflection through the chords and words of the hopeful “Something Good Coming”. It was a beautiful nod to their friend, but it was also bittersweet to see the two bandmates without their captain. “Music is something that never stops,” Petty says in one bit of archive footage. “It goes on and on.” That’s true enough, but it’s also heartbreaking to think that these three friends should’ve had many more miles to travel together playing their indelible music. 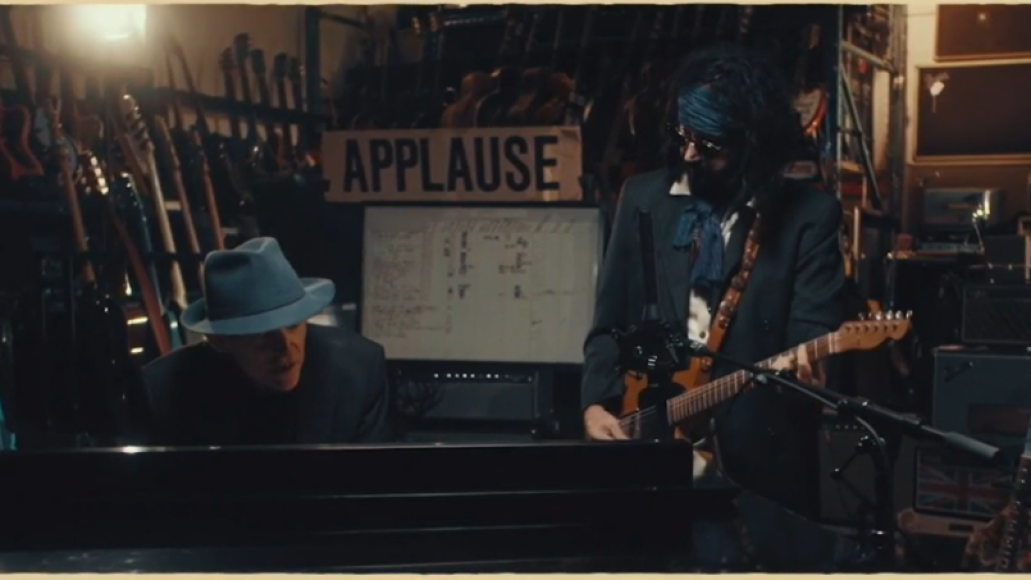 Near the end of the program, Petty recalls that Johnny Cash once told him that “music is noble work because it makes people happy.” As tens of thousands tuned in to watch Petty’s Birthday Bash on their televisions, computers, and other devices, two things seemed absolutely certain: that Petty had indeed made many people happy over the course of nearly 50 years of making music and, secondly, that all the heartfelt outpouring seen on this night was likely only scratching the surface of that happiness.

Editor’s Note: If you missed the concert, it’s currently available to replay on Twitch.