The Pitch: Frances Price (Michelle Pfeiffer) is a wealthy widow in her mid-60s, with a tongue as silver as the spoon in the mouth of her hanger-on son Malcolm (Lucas Hedges). Unfortunately, her gravy train is about to run out as her financial planner informs her she’s completely broke — a scenario he’s warned the mercurial Frances about for nearly a decade. Without skipping a beat, she illegally sells her worldly possessions and drags Malcolm (along with their cat, Small Frank) with her to Paris, along with the remainder of their funds. Together, they occupy her friend Joan’s (Susan Coyne) apartment and figure out what their next steps are — or, in the case of Frances, her last ones.

Lost in Translation: At first glance, French Exit (or, if you like, Frexit) feels like fitting material for adaptation by Azazel Jacobs, who thrives on the kind of novelistic idiosyncrasy Patrick deWitt brings to the acclaimed novel on which this is based. Look no further than 2017’s The Lovers, a divorce drama turned into a blackly-comic romance about rediscovering your lust in middle age, for evidence that Jacobs usually has tremendous command of the delicate tightrope of tones these kinds of projects engender.

What’s frustrating about French Exit is that, for fits and starts, it does capture the droll absurdism and endearing deadpan of The Lovers, not to mention that glorious command of florid language from deWitt’s novel (the novelist himself adapted it, which helps). It looks fittingly gorgeous, thanks to Tobias Datum’s crisp, autumnal cinematography; New York City, Paris, and the cruise ship that sends them from one to the other are captured with evocatively-lit melancholy.

Indeed, the whole first act is aces: right away, we’re introduced to Frances, Pfeiffer playing her as if it’ll be the last chance to reach for an Oscar, all protective shiftiness and luxuriously vulgar wit. Returns diminish as the film goes on (more on that later), but when trying to coast on the lingering waves of her former affluence, Frances is an entertaining fly in the ointment to friend and family alike. Hedges, for his part, engages in the kind of admirable deadpan you expect of a Wes Anderson character; he and Pfeiffer have a lovely chemistry. (And, of course, the cat’s adorable as hell.) 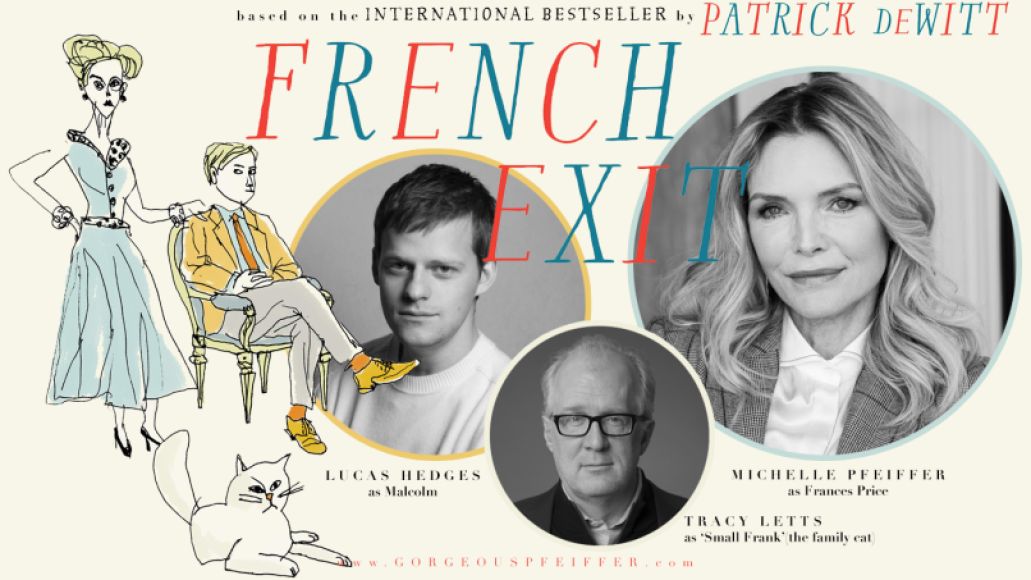 But soon, Small Frank runs away, and the story gives way to a half-hearted search for the cat (because, you see, Small Frank carries the soul of Frances’ dead husband (voiced by Tracy Letts). Meanwhile, Joan’s apartment slowly fills up with more and more supporting players, each of which have fewer and fewer interesting things to contribute to the fabric of the film’s rapidly growing tapestry.

Eventually, even Frances herself gets lost in the mix, deWitt and Jacobs faffing around with subplots like the ever-boring love square between Malcolm, his former girlfriend (Imogen Poots) whom he left behind in New York, her douchey new fiancee (Daniel Di Tomasso) and the “fucked witch” (a wasted Danielle Macdonald) Malcolm had a fling with on the cruise ship. Add to that the private investigator (Isaach de Bankolé) tasked with tracking down Small Frank, and the back half of French Exit suddenly turns into a half-baked hangout movie no one asked for.

Hear Me Roar: Why Batman Returns is the Best of the Franchise

Whitless Stillman: French Exit invites comparisons to Anderson, of course, with a bit of Noel Coward’s acid-tongued critiques of upper-crust myopia. But I also recognized shades of Whit Stillman here, from the lyrical high-society dialogue to the sight of Hedges in a coat and tails, as if he’d just walked off the set of Metropolitan. It’s these moments that liven up an otherwise-languid third act, especially as Hedges engages in the most passive-aggressive arm wrestling match with his romantic rival. These moments, however, are few and far between, and there’s not enough connective tissue to carry us from one moment to the next.

Underpinning all of this chaos is, ostensibly, a film about what we do when we sense the end is nigh. Despite Frances’ outward shell of bemused poise, she fully plans to kill herself when the money finally runs out. It’s a bit of a thumb in the eye of anyone who’s ever had to work for a living (suicide is the preferred option for an old-money WASP over actually getting a job like the rest of us), but that’s part of deWitt’s jaundiced look at upper-class concerns. But its dashes with the supernatural are frustratingly thin; a few seances and the disembodied voice of the cat aside, there was room to get weirder here, and it’s a bummer that they don’t.

The Verdict: French Exit is sure to divide — it’s got great performances and a confidence in its atmosphere that the gods could envy. The struggle, then, is whether you’re prepared for the sheer amount of deliberate aimlessness Jacobs and deWitt are willing to throw at you. Much like The Lovers, Jacobs isn’t interested in wooing skeptical parties to the attitudes of his film;  you’re either onboard or you’re not. There’s a lot to like here, but much like Frances, the film needed to scale down a bit and recognize when to quit while you’re ahead.

Where’s It Streaming? French Exit arrives in theaters on February 21, 2021.