George Thorogood and The Destroyers have been going strong for more than 40 years. And they’re going back nearly that long for a new deluxe reissue of the album Live in Boston, 1982. In advance of the release, Thorogood is teaming up with Consequence of Sound to premiere a visualizer for the deluxe edition’s previously unreleased live version of his signature tune, “Bad to the Bone”.

The deluxe edition, dubbed Live in Boston, 1982: The Complete Concert, adds 12 previously unreleased songs to the original 2010 release, for a total of 27 tracks. The reissue will be available as a 4-LP 180-gram vinyl set; a 2-CD edition; and digitally beginning December 4th via Craft Recordings. A red marble vinyl release will be made available exclusively for Record Store Day’s Black Friday event on November 27th, and limited to 1,000 copies.

The concert documents George Thorogood and The Destroyers’ November 1982 show at Boston’s Bradford Ballroom (later known as the Royale Nightclub). It was a hometown show for the band, who had settled in Beantown after forming in Delaware.

In speaking about the live album, Thorogood commented, “1982 was an absolute high-water mark for us. Everything was going our way and it shows in this recording from the Bradford Ballroom. This is George Thorogood and The Destroyers at our best!”

Of course, “Bad to the Bone” is a rock classic. While it didn’t initially take off upon its release on the 1982 album of the same name, it has since become a staple of classic-rock radio and pop culture, appearing in numerous films and television shows over the years.

Pre-orders for Live in Boston, 1982: The Complete Concert are available here. Check out the visualizer for the previously unreleased “Bad to the Bone” performance below, followed by the album artwork and tracklist. George Thorogood and The Destroyers are also set to embark on a 27-date global tour, kicking off May 4th, 2021. See those dates below, as well. 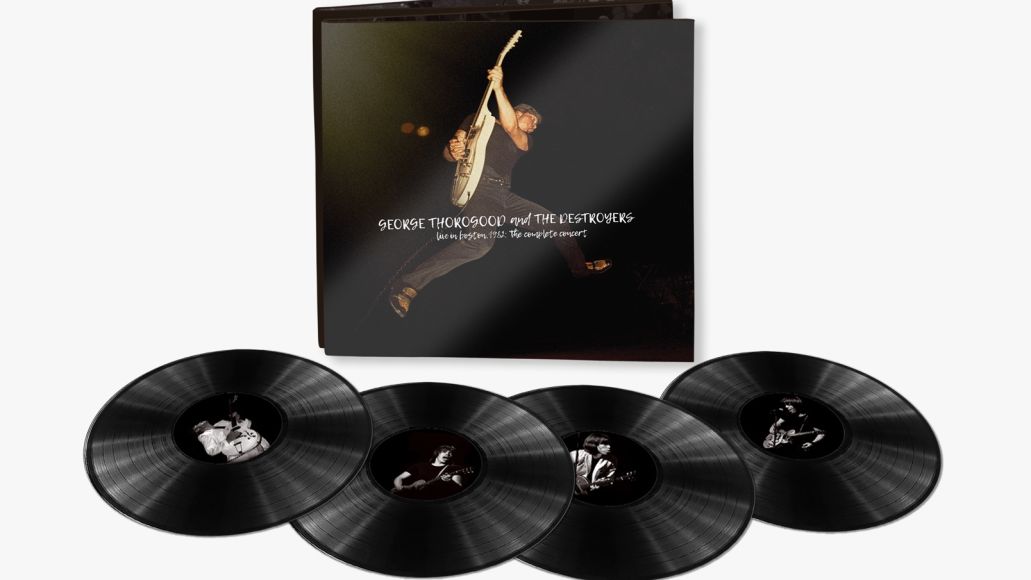 George Thorogood Premieres "Bad to the Bone" from Deluxe Reissue of Live in Boston, 1982: Stream