Just in time for Thanksgiving, Goodie Mob have announced a kind of Dungeon Family reunion. Their new album Survival Kit drops November 13th, and will feature guest verses from old collaborators André 3000, Big Boi, and Big Rube, as well as the legend Chuck D. Production was handled by the Family crew Organized Noize.

If the four members of Goodie Mob, the three producers in Organized Noize, the two representatives of OutKast, and Rube did come together at a Thanksgiving feast, their roles would be clear: André 3000 and Big Boi are the brothers who don’t talk anymore; Khujo and T-Mo are cousins who’re closer than brothers; Organized Noize cook and carve the turkey; Big Rube delivers the blessing; Big Gipp loudly says, “Their eyes are red!” after you and your cousin come back from a walk; and Cee Lo Green is the creepy uncle you hope your mom doesn’t make you hug.

This party is at Goodie Mob’s house, and it’s their first album since 2013’s Age Against the Machine. Survival Kit is 16 tracks long, and was written in part as a response to police brutality and the Black Lives Matter movement. In a statement, T-Mo said, “Right now, just seeing all of our people on TV marching and protesting and being shot at, bottles and stuff being chucked at the police, people burning down buildings and looting because we’re tired of all of the injustices.”

Public Enemy’s Chuck D on Spike Lee, the Essence of Hip-Hop, and Fighting the Power in 2020

Check out the artwork and tracklist below. Previously, Goodie Mob shared the singles “Frontline” and “Are You Ready” with Chuck D. In other Dungeon Family news, Big Boi and Sleepy Brown (Organized Noize) are working on a new collaborative album The Big Sleepover, and so far they’ve released the songs “Intentions”, “Can’t Sleep”, and “We the Ones (Remix)” featuring Killer Mike. 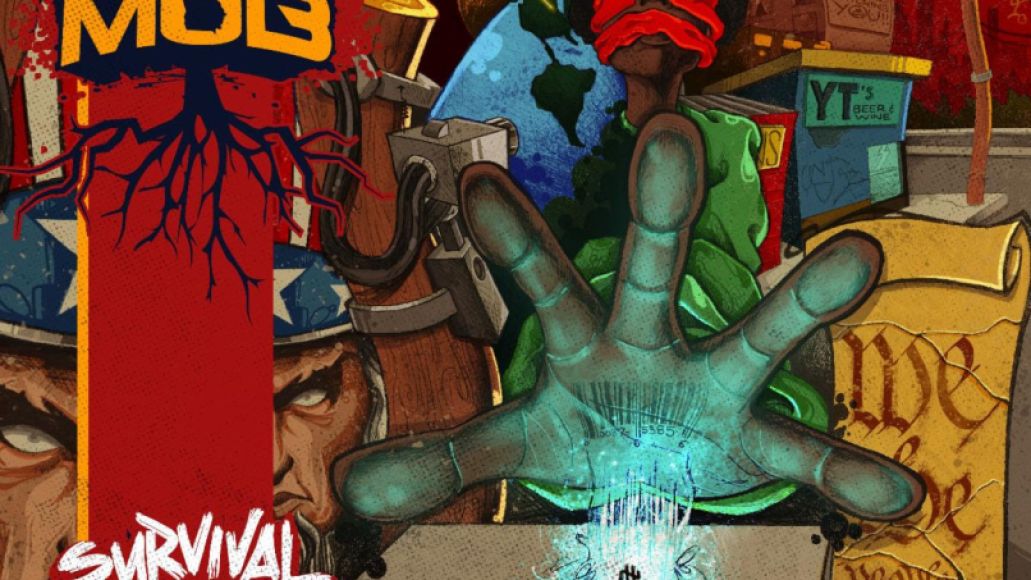