Today marks the 50th anniversary of Led Zeppelin III being released in the US. To celebrate, Led Zeppelin have announced a special reissue of the album’s only single, “Immigrant Song”.

More than just a typical reissue, this new pressing is a replication of the rare Japanese 7-inch release. With “Immigrant Song” backed by the non-album track “Hey, Hey, What Can I Do”, the vinyl will come housed in a sleeve featuring the original Japanese artwork and text. It’s limited to just 19,700 copies, a nod to the 1970 release date of Led Zeppelin III.

Take a look at the reissue artwork below, and then revisit the classic “Immigrant Song”. 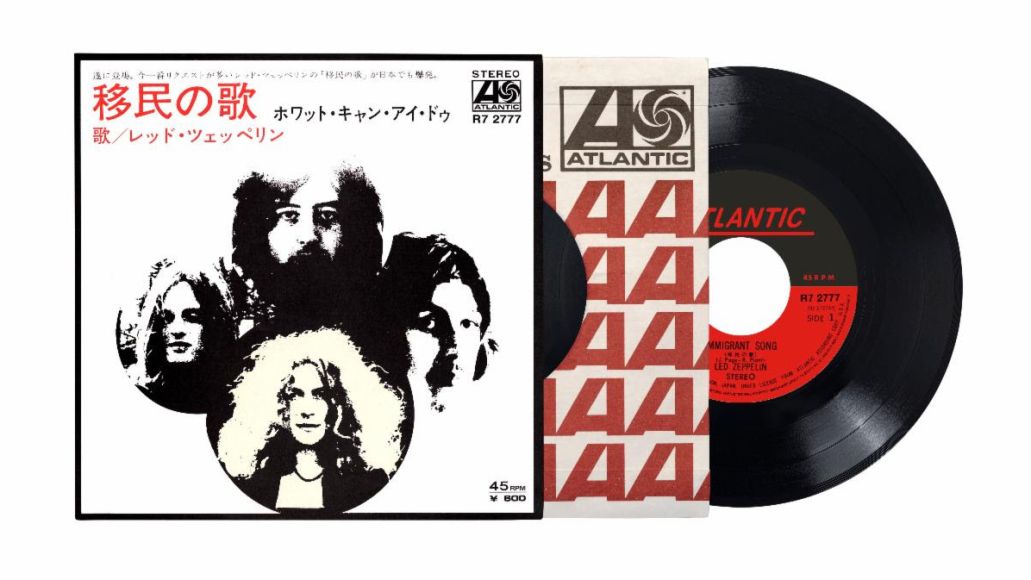