Motörhead and beer are two things that go together. For the 40th anniversary of the band’s classic album Ace of Spades, the Motörhead-branded Röad Crew beer is being brewed and widely distributed in America for the first time.

The original Röad Crew beer was first brewed by Camerons Brewery in the United Kingdom back in 2015. For the new release, Madison, Wisconsin brewery Ale Asylum was tapped for the first-ever American edition of the beer, putting their own spin on the beverage. The resulting brew is a newly crafted American pale ale “packed with hoppy citrus aromas.”

Ale Asylum’s Otto Dilba told The Post Crescent, it took “two seconds” for him to accept the offer to work with Motörhead. Apparently, the band’s camp was intrigued by another beer the brewery released earlier this year called “FVCK COVID”.

Dilba and his Ale Asylum co-founder Dean Coffey were already Motörhead fans, having once brewed a beer called “Lemmy” as a taproom special release following frontman Lemmy Kilmister’s passing in 2015.

“I am delighted that the U.S. now gets to have Röad Crew in their homes regularly,” Motörhead guitarist Phil Campbell said in a press release, “and that our American-based fans can savor this world-class rock-n-roll beer. It’s as loud and tasty as Motörhead.”

Emblazoned with the band’s iconic logo against a black background, Röad Crew beer should peak the attention of metalheads browsing the beer section at their local market. It is being sold in four-packs of 16 ounce cans, and in kegs.

Biopic on Motörhead’s Lemmy Kilmister in the Works

In other heavy beverage news, Anthrax recently unveiled a signature bourbon in honor of Pantera guitarist Dimebag Darrell. If it’s a hangover cure you’re looking for, Lamb of God’s got you covered with a new small-batch coffee to get you through the grog.

Röad Crew hits stores sometime in October and will be available for year-round national distribution. Check out the beer’s label below. 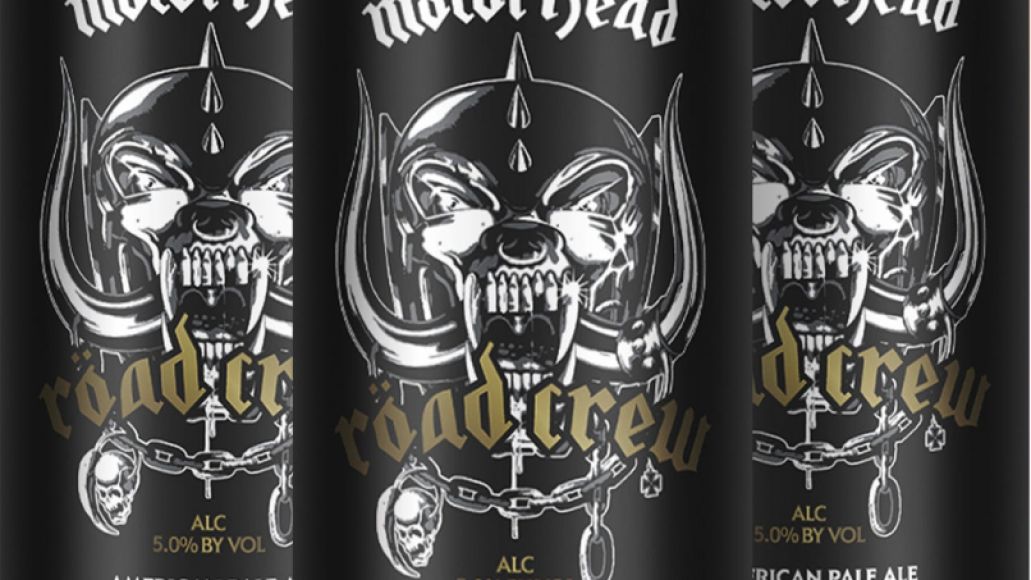