Every Friday, Consequence of Sound rounds up some of the week’s noteworthy new album releases. Today, October 23rd, brings fresh music from PUP, The Mountain Goats, FUZZ, Adrianne Lenker, Jeff Tweedy, Local Natives, Raye Zaragoza, Songhoy Blues, and Pallbearer. Take a listen to each of their new albums below.

Also be sure to check out new releases from Gorillaz and Bruce Springsteen. 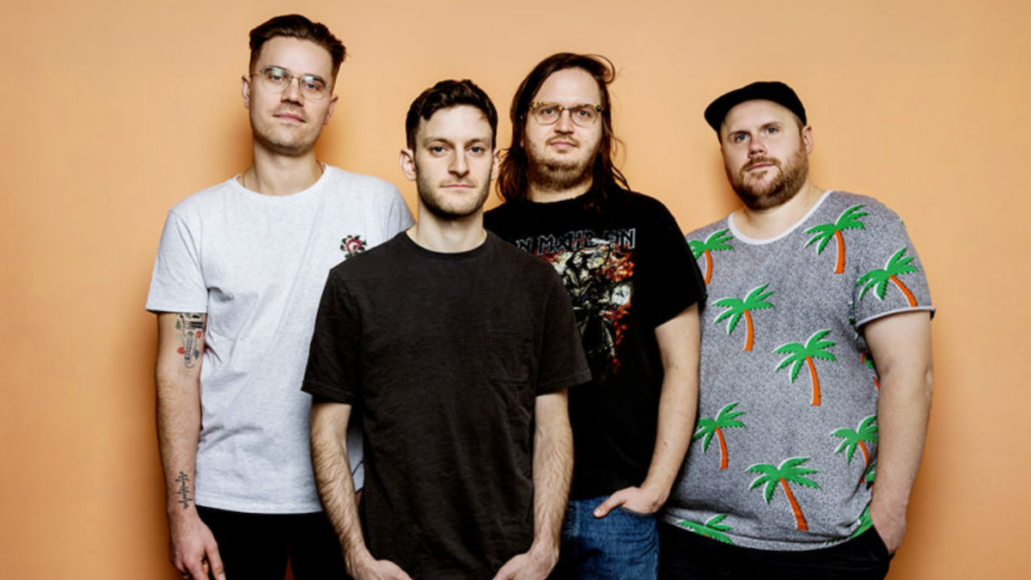 Canadian punk rockers PUP are back with their amazingly titled new EP This Place Sucks Ass. The follow-up to last year’s Morbid Stuff is out through Little Dipper/Rise.

Five of the effort’s six tracks are leftover pieces from their Morbid Stuff sessions, including their cover of Grandaddy’s “A.M.”; PUP considered them “too frenetic or too unhinged” to fit on that acclaimed 2019 LP. The lone “new” song is “Rot”, which was written and recorded this year, but still retains the band’s signature sarcastic and sneering tone.

The Mountain Goats – Getting Into Knives 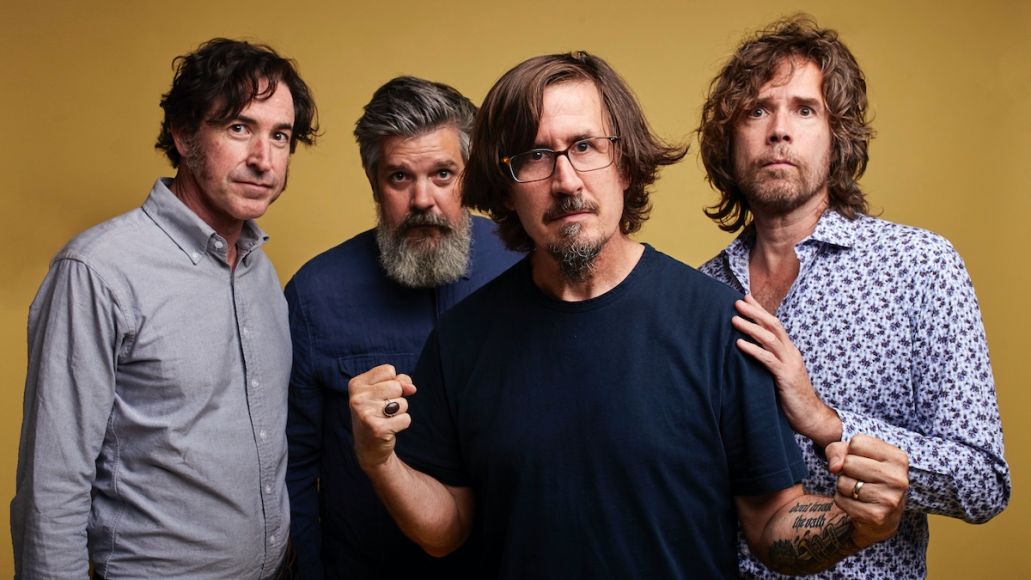 The Mountain Goats have released their second album of 2020, Getting Into Knives. Out through longtime label Merge, it comes just a few months after Songs for Pierre Chuvin.

Today’s effort was recorded in just one week at the legendary Memphis studio Sam Phillips Recording — specifically in the same room where The Cramps tracked their 1980 debut album. For these sessions, frontman John Darnielle & co. were again assisted by producer Matt Ross-Spang, who previously engineered their 2019 LP In League with Dragons.

The resulting 13-track project is certainly a product of this very specific moment in time, or as a humorous press statement puts it, “the perfect album for the millions of us who have spent many idle hours contemplating whether we ought to be honest with ourselves and just get massively into knives.” 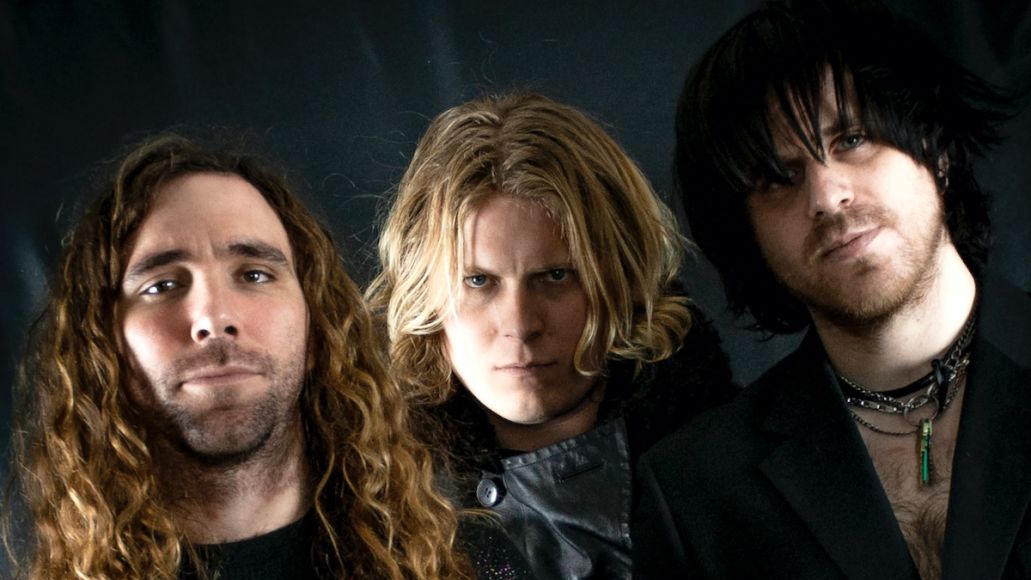 There’s no stopping Ty Segall in 2020. After releasing an EP of Harry Nilsson covers and a collaborative album with Lightning Bolt’s Brian Chippendale, the prolific garage rocker has reconvened his FUZZ side project and dropped a new album titled III. 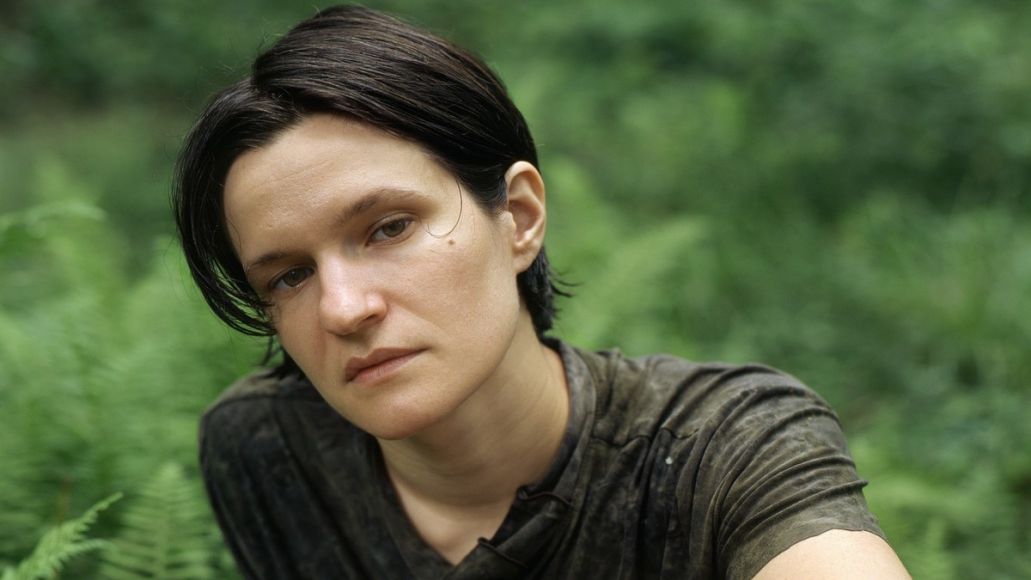 Big Thief leader Adrianne Lenker has released not one, but two new solo albums today: instrumentals and songs. Both were born during a recording trip the songwriter and engineer Philip Weinrobe took to the mountains of western Massachusetts. They also serve as Lenker’s first abysskiss from 2018.

Every day of their woodsy sessions began and ended with an improvised acoustic jam; these recordings make up the entirety of instrumentals. Meanwhile, the fleshed out versions of these tunes can be found on songs.

Lenker discussed her creative process at the time,

“I had a handful of songs that I was planning on recording, but by the time Phil arrived I was on a whole new level of heartsick and the songs were flying through my ears. I was basically lying in the dirt half the time. We went with the flow. A lot of the focus was on getting nourishment from our meals. We cooked directly on the woodstove, and we went on walks to the creek every day to bathe. I’m grateful that this music has come into existence. These songs have helped me heal. I hope that at least in some small way this music can be a friend to you.”

Jeff Tweedy – Love Is The King 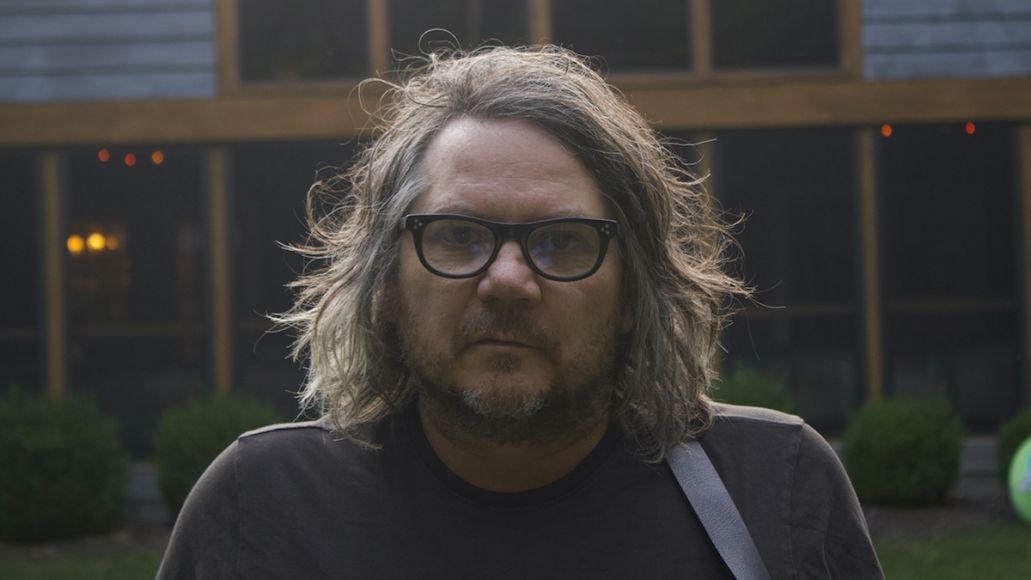 Jeff Tweedy has let loose his new solo album, Love Is the King. Out via his own dBpm Records, it follows up on 2018’s WARM and 2019’s WARMER.

According to the Wilco frontman, the LP came together entirely while in quarantine in response to the pandemic. “At the beginning of the lockdown I started writing country songs to console myself,” he recalled in a statement. “Folk and country type forms being the shapes that come most easily to me in a comforting way.”

The 11-track effort was recorded in April at Tweedy’s second home, The Loft in Chicago, with his two sons, Spencer and Sammy, close by. “Creativity/music was their comfort food,” wrote fellow songwriter Cate Le Bon in an essay about the album. “Rather than directly addressing the significant disruption unfolding outside, Tweedy looked inwards and examined the matters that fear, separation and vulnerability pulled focus on.”

In our album review, Consequence of Sound writer Ryan Bray praised it as “the work of a songwriter with clear eyes and a full heart.”

Love Is The King comes just a few weeks after Tweedy’s new book, How to Write One Song (get it here). Next month, Wilco proper will release a deluxe reissue of Summerteeth that’s bursting with demos, alternate takes, and live recordings. 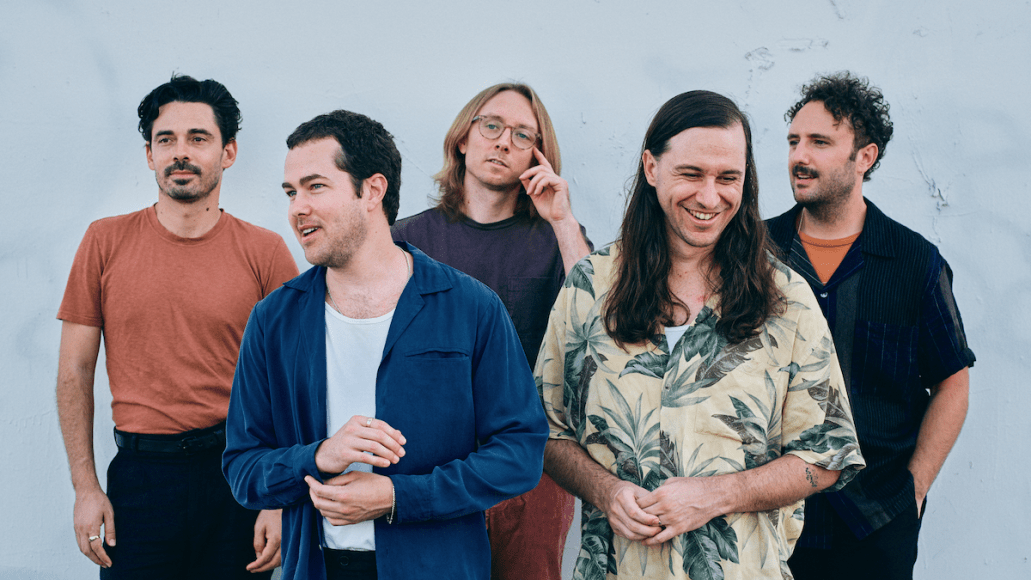 In a statement, the California indie rockers talked about how the effort’s four songs materialized in their own time, and separate from a proper album cycle,

“There’s something freeing about writing without the goal of an album in mind. It feels like waking up for class only to realize that it’s Saturday and you can sleep in as long as you want,” they remarked. “The songs on Sour Lemon each have their own long histories but they all finally decided to arrive at the same time. Rather than waiting, we decided to share them as soon as we could.”

One of the tracks with an especially long history is “Lemon”, a track that sees Local Natives’ Taylor Rice duetting with none other than Sharon Van Etten. 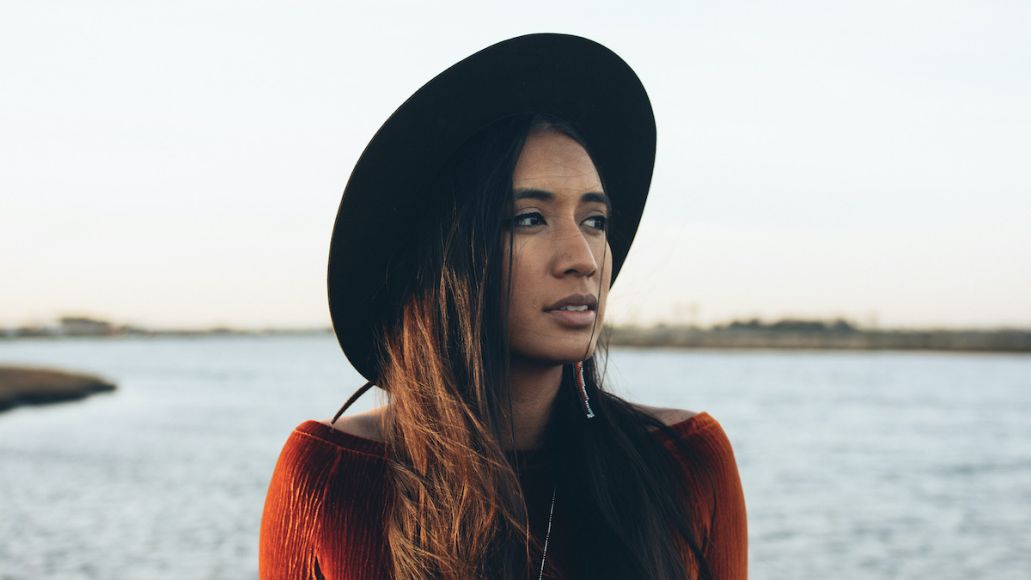 Woman in Color is the new album from folk artist and protest music songwriter Raye Zaragoza. Out through Rebel River Records, the follow-up to her 2017 debut Fight for You was produced by Tucker Martine, known for his work with My Morning Jacket, First Aid Kit, and Sufjan Stevens.

Among the LP’s early singles is “They Say”, which features harmonica from The Decemberists frontman Colin Meloy and banjo arrangements courtesy of veteran folk musician Laura Veirs. A number written for these times, it finds Zaragoza condemning the US government for its appalling response to the coronavirus crisis.

“This song is about the dysfunction of American power structures. It’s about how the systems built to support the people don’t support all people,” she explained in a statement. “Especially during a pandemic, it’s been exposed how those lower on the socio-economic ladder are left without the basic resources everyone deserves.” 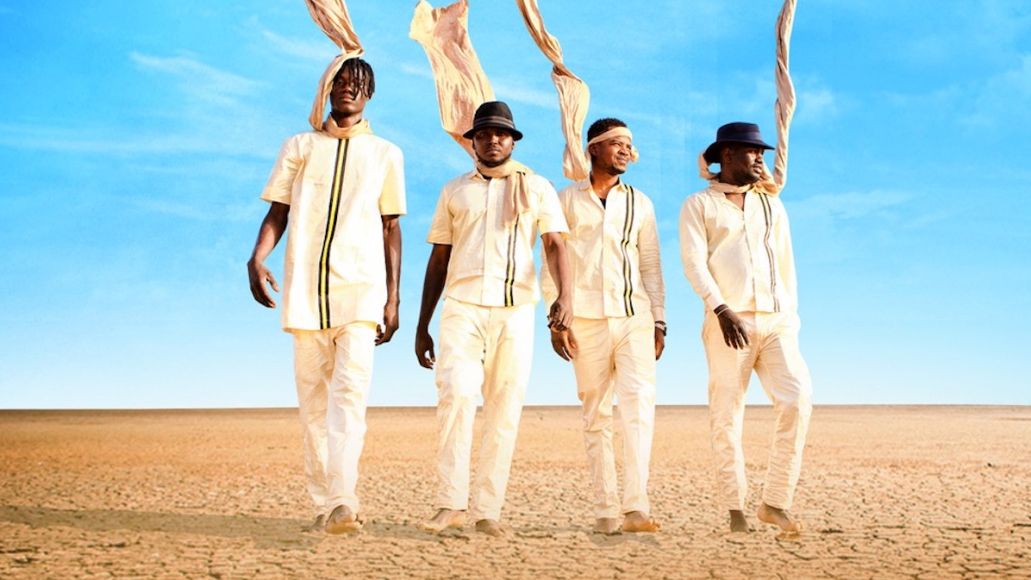 Malian desert blues outfit Songhoy Blues have released their third album, Optimisme, via Fat Possum in the US and Transgressive elsewhere.

The record’s title is French for “optimism”, a theme that reflects heavily in their activist-inflected music: Even while calling for resistance against oppression, they’re still able to infuse their work with upbeat, jubilant rhythms and indie-dance guitar arrangements. The group emphasized the need for hope during these unprecedented times in a recent interview with KEXP.

“Right now, the whole world is going through a difficult situation,” said singer Aliou Touré. “And for us it’s more than important to bring an optimist philosophy and an optimistic energy to all this Songhoy Blues fans.”

That’s not to say Optimisme doesn’t deal with more sobering themes, though. “Korfo,” which translates to “chains” in Songhai, is about the horrors of the African slave trade. Another track called “Fey Fey”, which means “division”, illustrates the separatist tensions in Songhoy Blues’ home country. 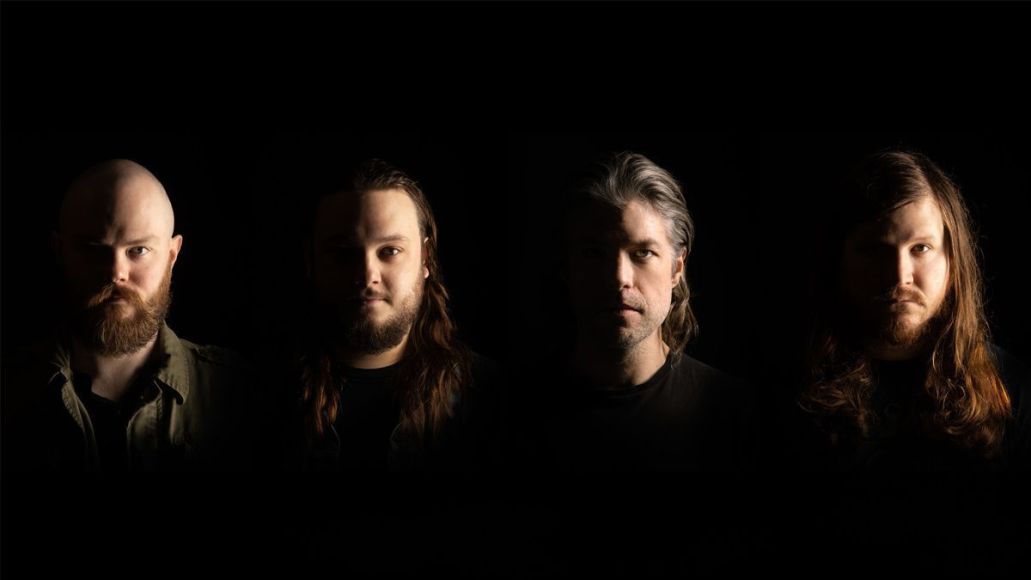 In a statement, bassist Joseph Rowland talked about the songs on Forgotten Days and how they compare to those on Pallbearer’s previous LP,

“Forgotten Days is us exploring what is natural to us. The songs tell me where I need to go when I write,” he said. “We wanted to focus on songs that were visceral and enjoyable to play live — that our audiences would enjoy experiencing. We’re also getting back to more of the groovier and heavier elements of Pallbearer. [2017’s] Heartless is fairly uptempo and technical. This one is a little more open, it hammers you.”

Rowland also added that there are some connections to be found between the new record and their debut. “This record has a lot of thematic ties to our first record,” he said. “When we were writing [2012’s] Sorrow and Extinction, my mother was terminally ill. It’s been 10 years since she passed. It’s taken me all of this time to take a really good look at myself. While we were writing Forgotten Days, I knew, ‘Now is the time to sit down and begin to understand who I have become.’”

For more on Forgotten Days, read our interview with Rowland.