Bi-coastal metal duo Nitesoil are set to make their debut with the Abusement Park EP, out on November 6th. The band is now premiering the title track, which features The Black Dahlia Murder’s Trevor Strnad, exclusively via Heavy Consequence.

Strnad came up with the idea for the lyrics and the EP title, adapting a painful childhood anecdote into the perfect death metal song concept.

“I had a blast writing my song for Nitesoil,” Strnad said. “It’s about the time I wore jean shorts on the water rides at Cedar Point as a kid and then was consequently chaffed into oblivion I had to walk like a cowboy the rest of the afternoon. The song is basically about being chaffed to death, I’m sure you fellow big boys out there can relate!”

As for Nitesoil, the band is comprised of Frank Godla and Nick Emde, who began working on songs together in summer 2019. Primarily instrumentalists, they then recruited a vocalist for each song, hence the collaboration with Strnad, who often champions underground extreme metal bands like Nitesoil on social media. His death growls fit nicely under the Godla’s and Emde’s sonic assault.

“Trevor was the very first friend we asked to be part of this release, and we couldn’t be more stoked for the outcome,” Godla said. “I told him to make it ignorant, and he came through like a champ!”

Added Godla: “I tracked his vocals in my living room, and not only laughed my ass off hearing his vocals for the first time, but my neighbors had to call a plumber over to control the guttural noises spewing from their pipes. So you know it’s a keeper. His lyrics rang in my head for days, and the words ‘Abusement Park’ really stuck out to me as a great title for the release, so it is!”

Spill the Blood: The Making of Slayer’s Repentless Killogy

Other guest vocalists appearing on the EP include Dave Davidson of Revocation, Jessica Pimentel, GOST, and more.

Pre-order the EP via Nitesoil’s Bandcamp, with proceeds going to benefit the Cancer Research Institute. Stream “The Abusement Park” and check out the album art and tracklist for the EP below. 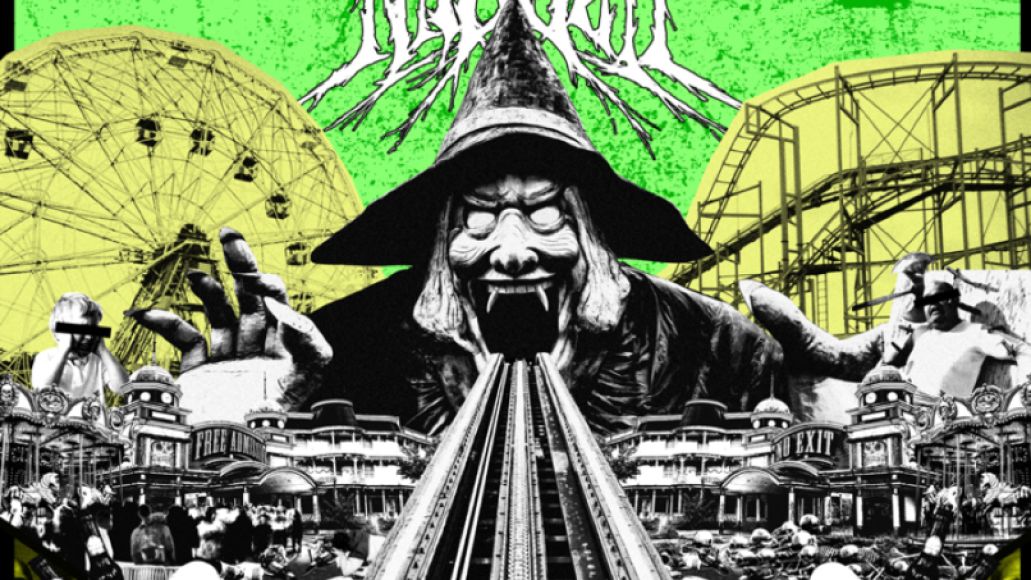