Howard Phillips Lovecraft came into this world on August 20th, 1890, the only child of a rich mother and a father who would soon be acting strange. By 1893, W.S. Lovecraft’s behavior had become so chaotic that he was committed to Butler Hospital in the family’s hometown of Providence, Rhode Island. He died five years later of “general paresis,” or general paralysis of the insane. Today, we would call it late-stage syphilis.

The episode had a profound effect on Lovecraft. Whether he knew the truth or not, he later told friends that his father perished of insomnia and overwork. As it turned out, “insomnia” and “overwork” are two of the chief complaints of Lovecraft’s characters when they are hiding a terrible secret.

The horror of H.P. Lovecraft is the horror of insignificance. His characters encounter beings with unfathomable power, and while they mostly live to tell the tale, they suffer through an awful epiphany — that their thoughts don’t matter, their desires don’t matter, and their entire existence is temporary and fragile… a soap bubble ready to burst.

Lovecraft wrote scores of stories, of which 68 were published during his lifetime and after his death. Of the major Lovecraftian themes, the cosmic horror has aged by far the best, and it is upon this foundation that his whole reputation rests. This is what we think of when we think of Lovecraft: the linked tales that make up the Cthulu Mythos (very few of which involve Cthulu), the Necronomicon, and the less-well known Dream Cycle starring Randolph Carter. 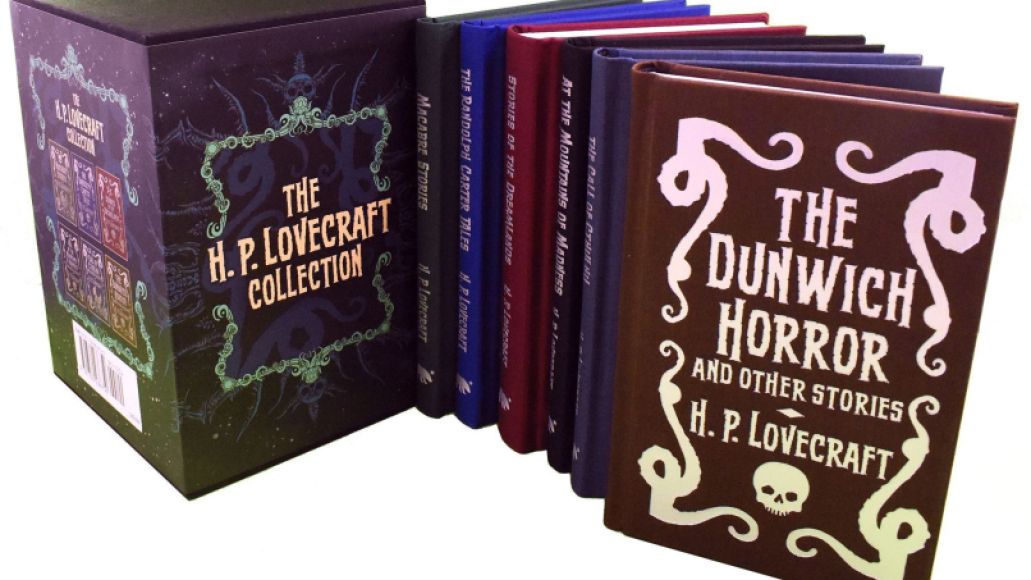 He also wrote tales of ghosts and vampires, science fiction, fantasies, parodies, poems, and exceedingly boring accounts of his own dreams. His literary pretensions to be the next Edgar Allen Poe mostly failed, and reading his early poetical works can feel like being cudgeled with a thesaurus. But that is hardly the biggest stain on his legacy.

H.P. Lovecraft was a vile bigot. In his stories, immigrants are slain for the crime of being immigrants, women’s brains are inferior to men’s, and people with darker skin tones are inherently dumber, more “primitive,” and more prone to evil deeds. He consistently returns to body horror themes of mixing white blood with other races or species, and Caucasians are constantly under threat.

For a while in the 1920s, Lovecraft lived in New York City. He hated it, primarily because of the heterogeneous mix of people. This prejudice shows up in his fiction. In “The Horror of Red Hook”, a cop fears for his safety around “swarthy, evil-looking foreigners,” and we’re supposed to tingle with dread as he describes dark-faced youths on corners, “playing eerily on cheap instruments.”

What Scares You? A Horror Movie for Every Phobia

This is New York City in the Roaring Twenties, remember, and in retrospect, he’s offered an unintentionally hilarious description of jazz. It would be funnier if the author’s perspective weren’t so bleak. It’s all too easy to picture Lovecraft himself walking the streets of Manhattan, quaking with fear and envisioning violence against everyone who didn’t look like him.

Lovecraft’s views don’t improve when compared to his contemporaries: Langston Hughes, Ernest Hemingway, Zora Neale Hurston, and F. Scott Fitzgerald. While other (better) authors pushed literature in exciting new directions, Lovecraft’s prose looked backwards, to Poe and to run-on sentences in the Victorian style. Even his prose was regressive. 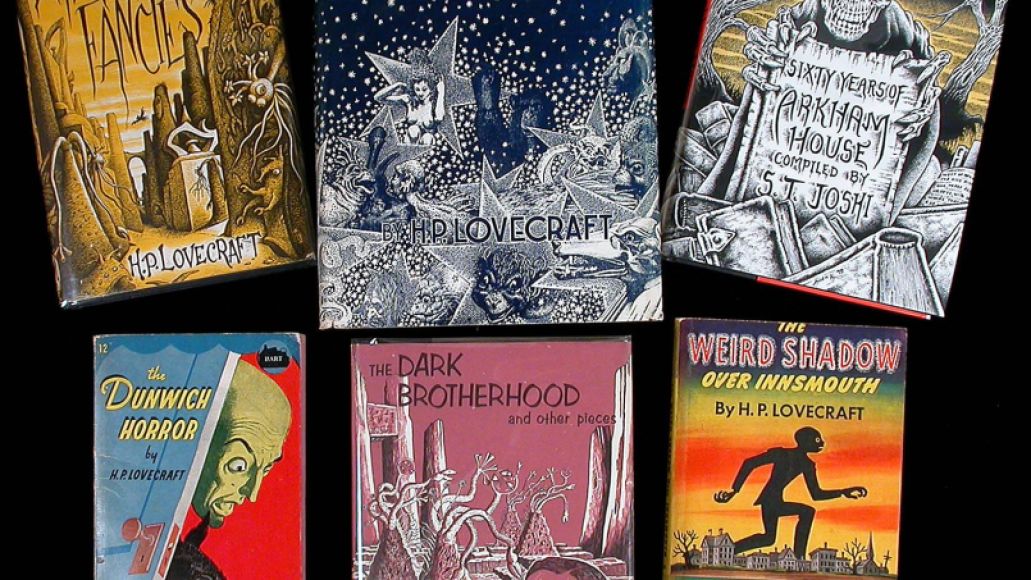 Today, once-admirable writers like Orson Scott Card and J.K. Rowling have sullied their reputations by scare-mongering about Muslims and non-binary people, respectively. But their literature is kinder than their real lives. Card’s Ender’s Game is about failures of cross-species communication, and in the sequels Ender strives endlessly to understand other perspectives. As for the Harry Potter franchise, it was clearly intended to be an allegory for bigotry, with muggles, mudbloods, and pure families standing in for classist and racist institutions. These authors failed to live up to their own ideals. But in Lovecraft’s world, some people really are better than others, and communicating with strangers could lead to the end of civilization. Even compared to other bigots, he reads as narrow-minded and mean-spirited.

On the other hand, Lovecraft is dead and his works are in the public domain. Studying his oeuvre is not financially supporting prejudice. Besides, he’s a foundational figure in speculative fiction, and those of us who love a good “What if…” must eventually wrestle with that literature’s racist past. I first encountered Lovecraftian horror in games like Diablo, Starcraft, and Dungeons and Dragons. His influence is felt in Stephen King, Stranger Things, and so many new and classic tales. We can acknowledge his influence and discuss his craft without forgetting what kind of person held the pen.

A listicle can be a cumbersome way to do that — after all, how do you rank something bigoted but written with style versus unreadable descriptions of dreams? And what about the less obviously hateful stories? How far down should tales be knocked for brief moments of xenophobia or vile throwaway lines? It can’t be done, at least not in a satisfying way. It’s no good lumping all the racist ones at the bottom — too many of them are racist. Eventually, judgment calls must be made.

But I will say that bigotry has an undeniable impact on quality. Something like “The Street”, with its white nationalism and explicit, abusive language, is full of leaps of logic that make it boring and stupid as well as offensive. It’s clearly in another category from The Shadow over Innsmouth, which is well-constructed, but based in Lovecraft’s own racist fears of mixed and dirty bloodlines. The Shadow over Innsmouth is a liminal moment in speculative fiction — one of the first times that an intense aura of dread was wedded to blockbuster pacing and taut action scenes. 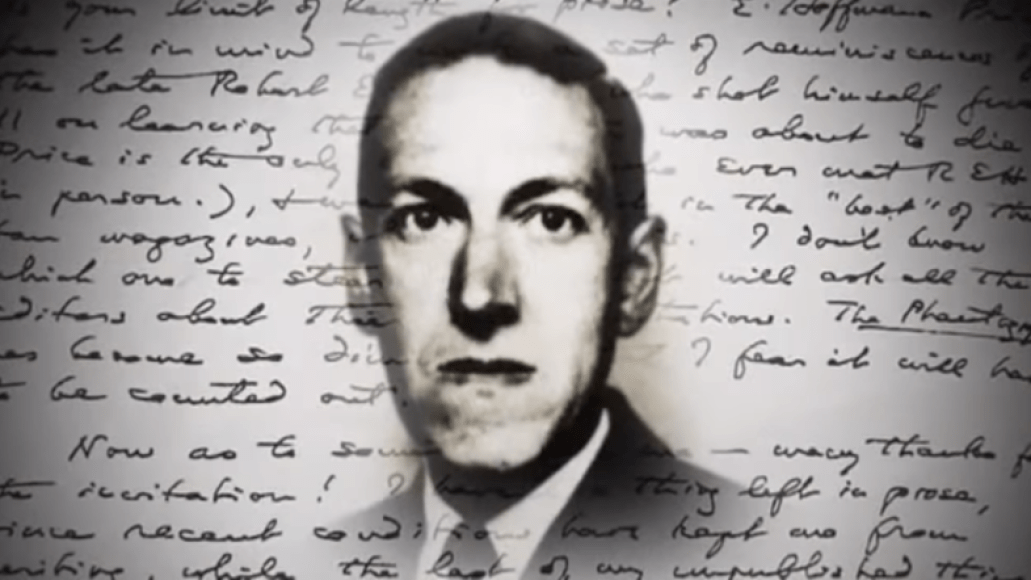 The story is to horror writing what The Birth of a Nation was to film. D.W. Griffith’s silent epic glorified the Ku Klux Klan while innovating new filmmaking techniques that make it arguably the first modern movie. Film students study it to learn the history of cinema. They are (hopefully) also taught that in lionizing the Klan, Griffith was personally responsible for getting Black people killed. The Shadow over Innsmouth isn’t quite that evil, but it comes loaded with problematic baggage that cannot be ignored. I gave it a high ranking, not because it is good and virtuous, but because none of the stories are good and virtuous. Lovecraft was a shitty person. In the absence of admirable qualities, we’ll focus on craft. The most explicitly hateful stories are close to unreadable anyway.

Besides, the list format has one advantage over other surveys of Lovecraft’s fiction, which is that you can see at a glance just how many of his stories are ill-intentioned, poorly conceived, barely half-assed, or severely, unforgivably prejudiced. I don’t recommend reading the complete works yourself, and I would never have volunteered for this assignment if I had known what it would be like. His bibliography has unintentionally become a book he would write about, a kind of Bigotnomicon, full of shocking descriptions unfit for casual consumption.

But I don’t regret the experience, either. I learned lots of history about one of my favorite genres, and I see Lovecraft more clearly: as an unusually creative bigot, and a minor literary genius. His best works influenced generations of readers — and for good reason. Lovecraft can be as gripping as anyone and some of his ideas will endure for many years to come. But he does not belong in the top tier of genre authors, and his work should be studied with proper context, in the same careful and deliberate way that film students should encounter The Birth of a Nation.

At the bottom of this ranking of 68 novels, novellas, and short stories, you will find Lovecraft’s most overtly hateful fictions, along with his juvenile writings. (Note: I will spoil some of these endings, but I will go spoiler free as the stories get better.) The next tier is tedious descriptions of dreams (seriously, how did he get so many of these published?) as well as half-finished fragments published after Lovecraft’s death. Afterwards, we move into good ideas with rough execution and mediocre concepts that are written with skill. Beyond that come those tales which are generally pretty good, and finally the best writing that Lovecraft produced — though again, even his masterworks retain their master’s flaws. 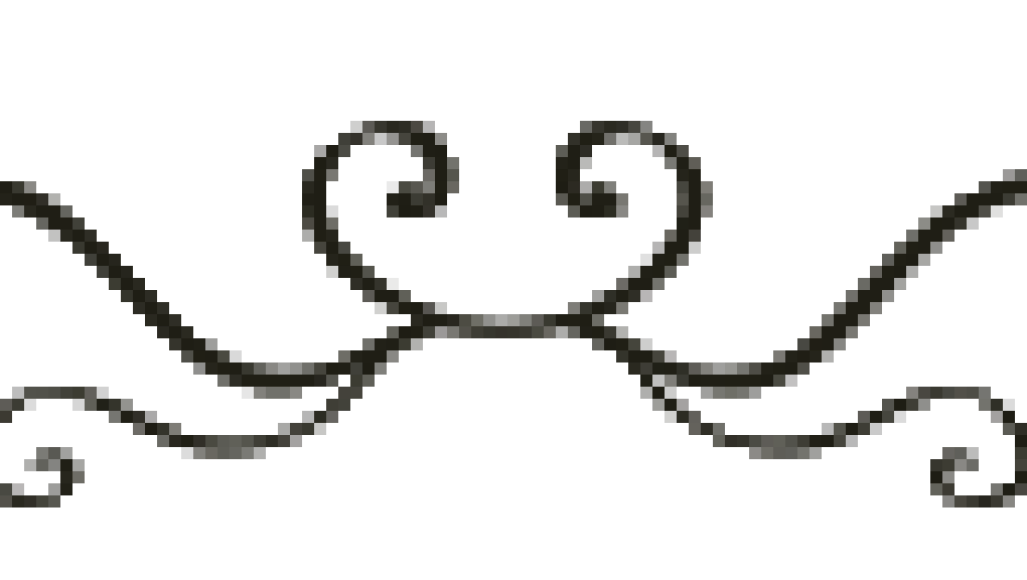 Ranking: Every H.P. Lovecraft Story from Worst to Best