With our Track by Track feature, musicians lead fans by the ear through each song on their latest effort. Today, Sego introduce us to their Life of Pam EP.

Sego have shared a new EP called Life with Pam in a unique fashion: as a single uncut 17-minute music video. Watch the visual to hear the whole thing below.

The former Artist of the Month chose to release Life with Pam as a continuous block of music as opposed to broken into tracks to capture the “seamless, deliberate” structure of their live shows. The songs contained within this 17 minute track intentionally sit on adjacent lines to each other thematically, sonically, and in energy,” explained frontman Spencer Petersen. “Obviously, I hope people find connection with the individual parts, but like our shows, the collective sum created when taken together provides a larger context that should elevate each song, idea and moment building into each other.”

As for who the Pam referenced in the title, it turns out she’s Petersen’s roommate. He describes her as “a 1960’s ex-Copacabana dancer who partied with The Beatles and is now sharing her house in North Hollywood with an unkempt indie-rock touring artist.” She apparently loves hearing stories about Sego’s life on the road, while Petersen is in turn fascinated by people who would “trade it all” for the life he leads. “She says, ‘Everyone is peeking over the fence.’ So what am I doing with my life? I’m freaking living with Pam.”

Stream Sego’s Life with Pam below, and read a complete track by track breakdown (with timestamps for each individual song!). You can also download the EP over at Bandcamp.

Digging Me (0:00):
Sometimes at late night parties in LA, for one reason or another, I will find myself being the recipient of a range of prolix philosophies/confessions/pitches/ramblings, which I find quite enjoyable, actually. After one of these particularly interminable nights, I decided to get up early and take a jog through the Lincoln Park hills. I had this bouncing bass line in my head to the pace of the jog and the previous evenings shenanigans had informed most of the verse lyrics by the time I’d made it back home for a shower.

Model Citizen 101 (2:19):
While touring back east I was able to go visit my brother at his offices on our day off. He took me up the elevator to his floor and introduced me to his various reputable colleagues. Given the state of my appearance (if you’ve ever been on a tour, you’ll understand), I was a bit surprised at the warmth of my reception. Everyone was very interested in what we were doing and where we were headed and in trading any relatable musical anecdotes. One particular gentleman took me aside and said something like “Man, I’d give up everything to trade you places and do what you get to do.” This came as a shock given that we’d been sleeping in the van and eating saltines for the previous few days. This grass-is-greener/success-vs-failure moment stuck with me as a reminder of something… not quite sure what yet.

Bluff (5:27):
This is actually part of a different song that we haven’t recorded in its entirety which will likely come out at some future date. A lot of our segues used at live shows start this way and result in their own full song later (ref. “Once Was Lost Now Just Hanging Around”). 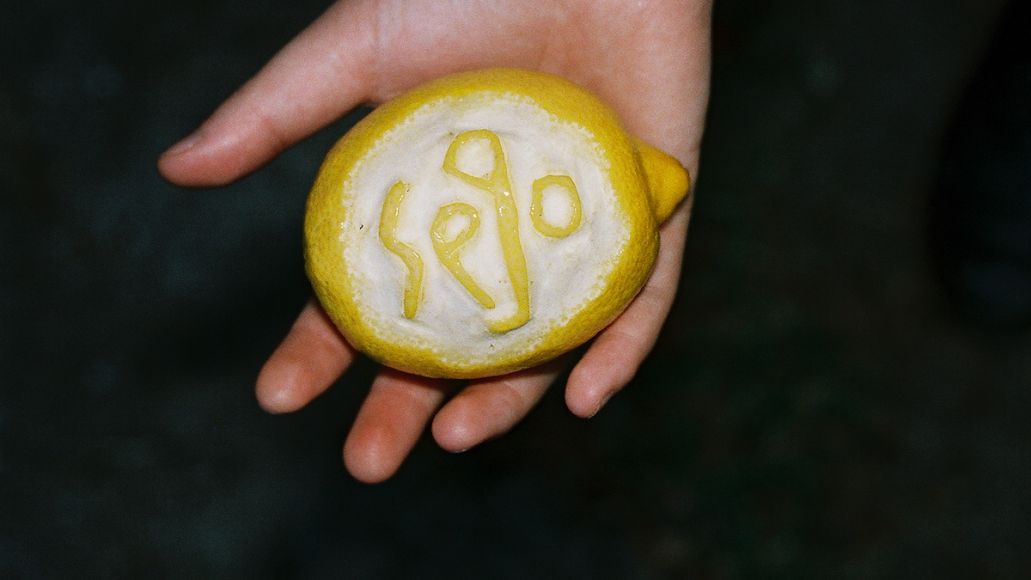 Normal Baby 99 (6:03):
Our producer/friend, Nate Pyfer, was in town for some work and invited me out to a ridiculous studio in Santa Monica a block from the beach. There we were working on this song together and musing about motives and expectations both musically and socially. I found it ironic and funny that we were making this messy indie rock track in a studio suited for major pop outfits. We were chuckling at the moral high ground that can come through indie rock poverty, while I’d be perfectly happy with a studio like this of my own…

Sane Speak (9:33):
In the back of every tour van, somewhere along the route, there will be an earnest discussion between two tour mates questioning major decisions that brought them to that moment in time and space. Then there is a certain acceptance of the inherent risks which are tied to perks and a range of lagniappes.

Wild Horses (13:29):
To me this portion embodies all of the absurdity that we encounter in this lifestyle and location. Shoutout: Inspired by a now defunct punk band called Stupid F*cking Time Vampires. My and Thomas’s old band, Eyes Lips Eyes, played a crazy show with them in the Southeast back in the day, which left quite an impression on us in our early years.

Sego Break Down Their New EP Life of Pam Track by Track: Stream