Since dropping his 2018 single “In a River”, Rostam has been diligently working behind the scenes. He produced Clairo’s acclaimed 2019 album Immunity, as well as HAIM’s solid Women In Music Pt. III from earlier this year. The former Vampire Weekend member has now returned, and this time with a fresh new single that’s all his own, “Unfold You”.

His first solo track in two years, it sees Rostam taking his sound in a more eccentric and lounge-y direction than a lot of his previous material. Its percussion and piano melody borrow from a Nick Hakim song called “Papas Fritas”, but it also features a totally out-there saxophone solo from Henry Solomon. Rostam and Solomon also worked together on “Summer Girl”, from that aforementioned HAIM record.

In an extensive statement, Rostam talked about the lengthy creative process that led to the “Unfold You” we hear today. “Even though Haim’s ‘Summer Girl’ came out within a few months of us starting to record it, ‘Unfold You’ took years,” he remarked. “In some ways it had to — because the recording of the song tracks an evolution and a personal metamorphosis.”

Rostam also revealed that “Unfold You” is tied to a forthcoming album informed by many of the same themes. “As I write this, I’m finishing a record that deals intrinsically with the subject of change and change was what I was feeling personally and searching for musically,” he said. He then included an anecdote about a chance encounter he later had with a stranger in Provincetown, Cape Cod, who reaffirmed to him that “Change is good… go for it.”

HAIM and Rostam Perform “The Steps” on Fallon: Watch

Today’s single is paired with a video that also has its roots in Cape Cod and stars trans actress and model Hari Nef (You, Transparent). According to Rostam, he and Nef happened to meet for the first time while vacationing in the popular Massachusetts area this past summer. They quickly bonded over their many commonalities (they both went to the same college, though nine years apart), and the rest is history.

Rostam self-directed the “Unfold You” video along Provincetown’s Dune Shacks Trail, and it features the two of them loping around that stunningly picturesque location. Watch the visual down below, then scroll on for Rostam’s full statement about the song. 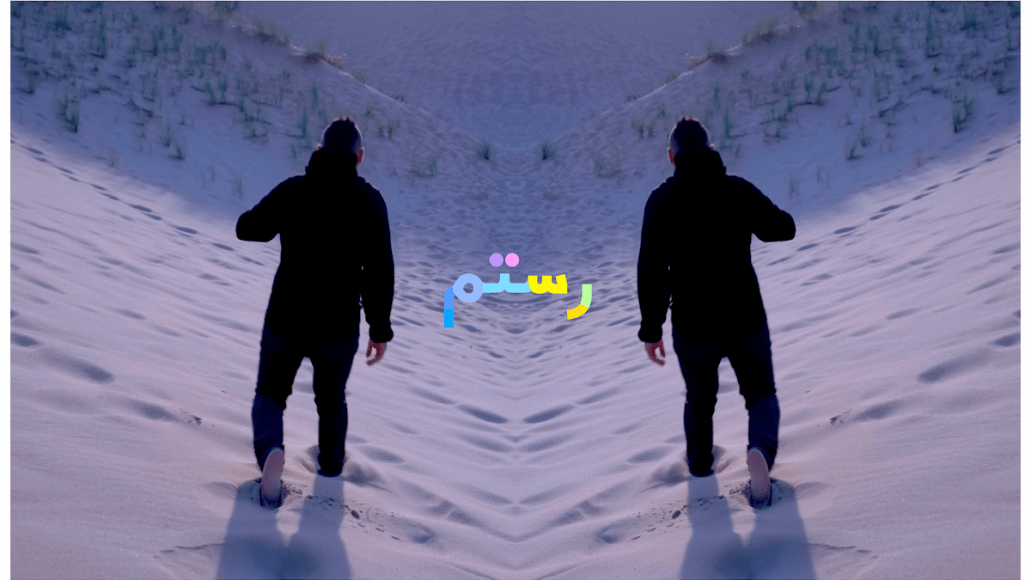 In November 2017 I played a show with Nick Hakim at Cafe De La Danse in Paris. This was the first Rostam show outside of America. I wasn’t familiar with Nick’s music, but I was immediately drawn to it. Later that night in my hotel room, winding down after the show,  I spent some time listening to some of Nick’s records and the instrumental track “Papas Fritas” came on. I was captured and suddenly found myself singing a melody over it and recorded that in my voice memos. Anyone writing songs probably has a few hundred voice memos on their phone, but I kept returning to this one. When I returned from a North American tour in February 2018 I booked some days at Vox Studios in Hollywood.

This is where the sax comes in. I first met Henry Solomon when he came in to play sax on “Unfold You.” I had written out some sax lines for a few sections of the song, but others we arranged together in the studio. I wasn’t exactly sure where “Unfold You” would land. I hadn’t finished writing the song, but I continued building out the track with Nick’s “Papas Fritas” as its backbone. I decided I’d let the recording process unfurl, and take me where it would.

“Unfold You” was the first thing Henry and I worked on. A year later, I’d ask him to come back to Vox and record some sax lines that I’d sketched out for the Haim song “Summer Girl,” which I was producing.

Even though Haim’s “Summer Girl” came out within a few months of us starting to record it, “Unfold You” took years. In some ways it had to— because the recording of the song tracks an evolution and a personal metamorphosis.  As I write this, I’m finishing a record that deals intrinsically with the subject of change and change was what I was feeling personally and searching for musically.

In the summer of 2016, I was sitting on a park bench on Commercial street in Provincetown, Massachusetts. I found myself in conversation with a stranger who left me with a piece of advice that has stuck with me. “Change is good,” he said, “Go with it.”