His fifth studio effort to date, it sees Simpson reinterpreting his own music in the style of bluegrass. The jam-packed project consists of 20 tracks pulled from across his discography, including Metamodern Sounds in Country Music (2014) and A Sailor’s Guide to Earth (2016).

The Grammy winner skipped reworking any music from 2019’s Sound & Fury, which makes sense given that it’s a more experimental record with harder rock and electronic influences. Luckily, there’s plenty of his classic disaffected country songs that lend themselves wonderfully to solo bluegrass sessions, like “Breakers Roar” and “Life Ain’t Fair and the World Is Mean”, a song that feels especially relatable in 2020.

Simpson also incorporated covers of his previous band Sunday Valley, including “All The Pretty Colors” and “Sometimes Wine.” The band split up in 2012, shortly before he launched his solo career.

On Instagram, Sturgill revealed that the record was supposed to be a surprise release. But nothing is a secret when the internet is involved, and a German outlet spilled the bag of cut grass. Sturgill joked that they “got all excited and just couldn’t hold their horses.” He also showed off the album artwork, which features Sturgill in the classic Americana motorcycle pose, except he’s riding a John Deere lawn tractor in a pair of Vans slip-on sneakers. Truly a man of the people.

It seems like Sturgill is feeling back to his everyman self after being hospitalized with COVID-19 earlier this year. He suffered “chest pains, fever, and pre-stroke blood pressure levels,” though he didn’t receive a positive test result until a month after he left the hospital. Recently, Sturgill also performed on the John Prine tribute livestream and produced Margo Price’s third album, That’s How Rumors Get Started. 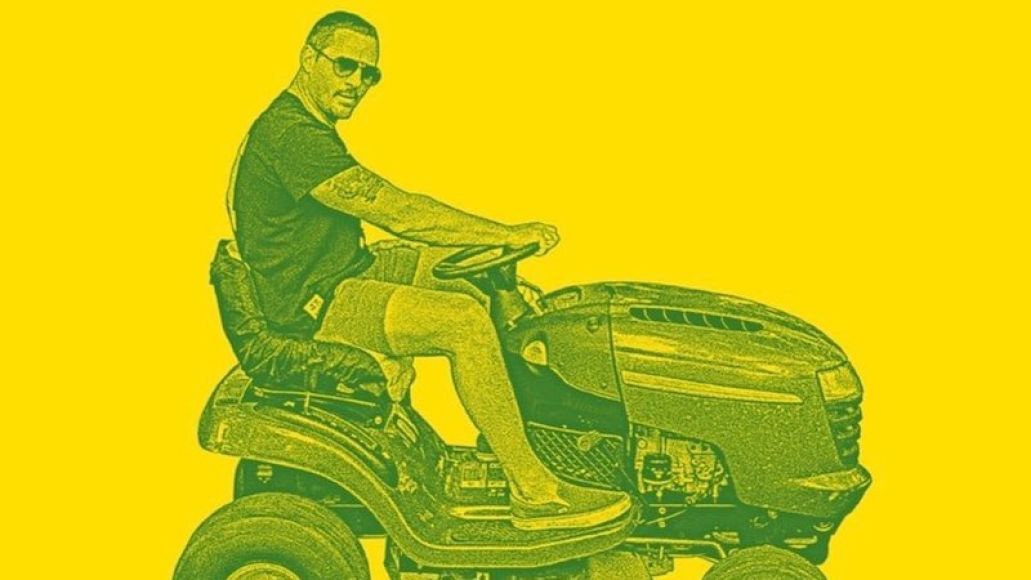