Exploring Magnetic Eye Records’ continuing Redux covers series has been one of our favorite pastimes during the pandemic. The label is releasing two Black Sabbath tribute compilations on October 30th. As a preview of the upcoming Vol. 4 [Redux], Louisiana doom band Thou are premiering their cover of “Wheels of Confusion” exclusively via Heavy Consequence.

The tribute album sees some of the best doom and sludge acts recreating the Vol. 4 tracklist in cover form. Often considered the template album for the stoner rock sound, its no surprise that Zakk Sabbath, High on Fire’s Matt Pike, doom legends The Obsessed, and Spirit Adrift, among others, join Thou on a stacked tracklist.

Always up for a cover, Thou have been a frequenter of the Redux series, previously laying down a version of Alice in Chains’ “Them Bones” for the recent Dirt tribute. For Black Sabbath’s “Wheels of Confusion”, Thou pay homage to their doom origins with an eight-minute crusher that reimagines the Vol. 4 opener in the vein of their own songs. It’s massive and sludgy, the sheer heaviness of every note accentuated.

“I think I was most excited about making that first section really heavy,” Thou guitarist Andy Gibbs said. “The Sabbath version doesn’t have a rhythm guitar track, and Iommi is playing that lead, so I thought that was a good chance to really lay into those root notes and pull all of the weight and emotion that we could out of the chord progression. Playing that lead part over those chords is just an incredible experience for me; so much feeling for so few notes.”

Doing justice to the anthemic album opener in the recording studio wasn’t easy, however. Harsh vocals replace Ozzy Osbourne’s clean singing, but retain the lyrical melodies. When clean singing is layered atop the harsh howls later in the song, Thou create a similar vibe to their recent collaborative album with Emma Ruth Rundle, May Our Chambers Be Full, which is also out this Friday.

“Overall, though, translating the song was a bit of a challenge,” Gibbs said. “There’s a lot of live studio ‘on the fly’ stuff happening, some fairly sloppy playing, and the transitions are just really weird overall. Somehow it all works though. I hope we were able to do it justice.”

Emma Ruth Rundle and Thou Share New Song “The Valley” Ahead of Collaborative Album: Stream

Thou Unleash Crushing Cover of Alice in Chains’ “Them Bones”: Stream

Black Sabbath’s influence on Thou is evident, and Vol. 4 in particular holds importance to Gibbs, who later grew attached to the album after being initially exposed to the self-titled debut and Master of Reality as a teen.

“I really got into Black Sabbath through digging through my parents’ record collection when I was about 13,” Gibs said. “My dad had the self-titled record and a sealed copy of Master of Reality that he got for free through one of those Columbia House type deals (he wasn’t really a fan). It was early winter and I remember the weather being really dreary, very apropos of the music. I didn’t come to Vol. 4 until much later when I did a deep dive through the entire catalog, and ‘Wheels of Confusion’ always stood out to me. The opening sequence is just much more emotive than most of the album; there’s a lot more depth in the song lyrically than some of the others too. My neighborhood bar in Baton Rouge had Vol. 4 on the jukebox and I would play ‘Wheels’, ‘Snowblind’, and ‘Tomorrow’s Dream’ basically every time I went in there.” 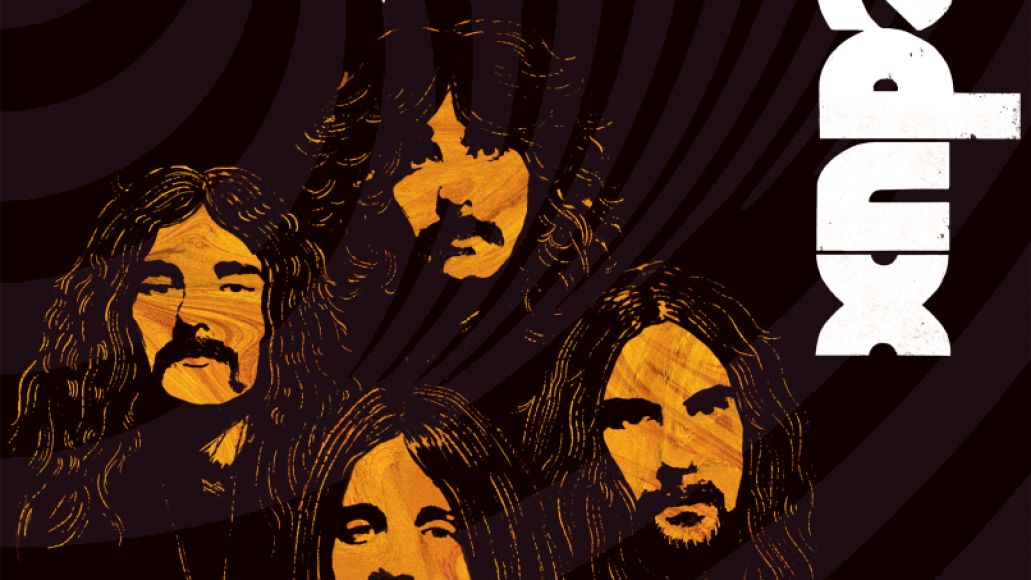