The Pitch: It’s hard to imagine bigger shoes to fill for Mike Flanagan’s The Haunting of Bly Manor. 2018’s The Haunting of Hill House set a high bar with its deft mixture of emotion and terror. When it was announced that he would be adapting Henry James’s The Turn of the Screw in a similar style, the inevitable question became, “Could he recapture the same magic?” He does, mostly. Bly Manor is a moving examination of relationships that explores the ways humans hurt and heal each other, told from the perspective of ghosts and those they leave behind. In other words, with Bly Manor, Flanagan has created a breathtaking haunted love story.

The Great Good Place: James’ Victorian novel tells the story of an unnamed Governess who accepts a position minding young Miles and Flora. Flanagan takes elements of this story — the setting, plot points, characters, and the fireside framing device — but bends and augments them to weave a more modern and complex tale. Flanagan gives his governess a name, Dani (Victoria Pedretti), and sets the story in 1987 rather than the 1800s to tell a progressive story about the healing power of love.

As Dani arrives at Bly Manor, we learn Miles (Benjamin Evan Ainsworth) and Flora (Amelie Bea Smith) are recovering from the loss of their parents and the death of their former Governess Miss Jessel (Tahirah Sharif). The staff is also reeling from a recent betrayal by family valet Peter (Oliver Jackson-Cohen). Eventually, we discover there’s a mysterious Lady who wanders the grounds at night, a specter that not only provides this season’s biggest scares but also adds depth and historical context to the story.

While Bly Manor never quite rises to the relentless terror of Hill House with its Tall Man and Bent Neck Lady, the secrets here contain horror of the emotional kind, namely with grief, abuse, and manipulation. 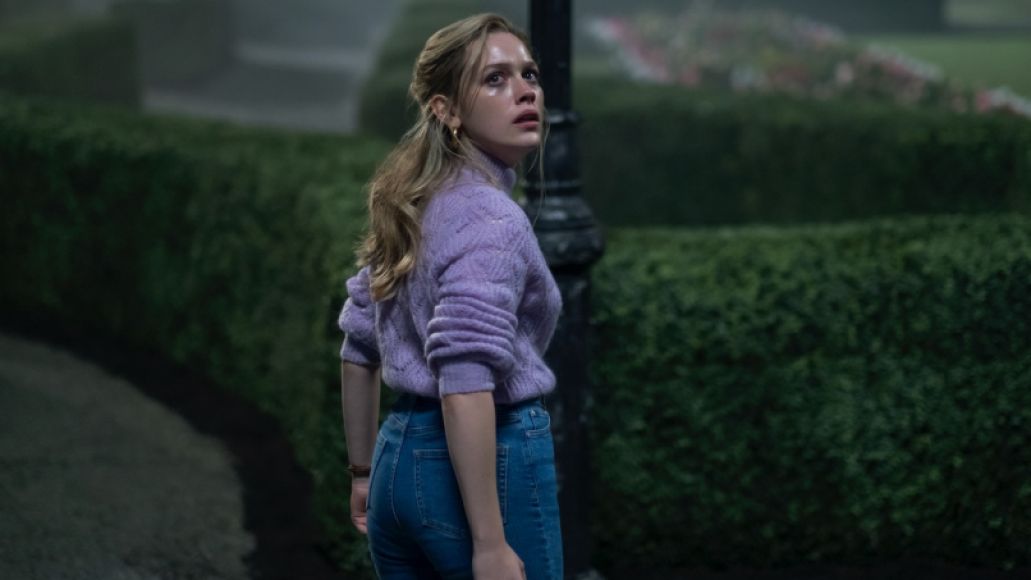 The Real Right Thing: Comparing Bly to Hill House is unfair, seeing how the first adaptation was a long-considered labor of love. Even so, Bly does feel at times like an attempt to recreate prior success rather than a story living on its own. What’s more, there are elements that just don’t work: Though the denouement is pitch perfect, the climax feels a bit rushed and slight compared to the build-up. Two plot lines are frustratingly lost to the story. And accents are uneven; jarring at times and confusing at others. Having said that, the characters and their emotional baggage transcend these issues with a mesmerizing and emotional conclusion.

A Landscape Painter: Bly is visually stunning, weaving symbolic elements into the emotional heart of the story without feeling cheap or gimmicky. The choice to set this season in the ’80s is an interesting one, too, and the nostalgia never overtakes the narrative. There are the inevitable ’80s clothes, but it’s the context of the time period that aides one of the season’s major arcs. After all, much of Bly’s story takes place on the historic grounds of the estate, centering on a mysterious and magnetic lake surrounded by lush gardens, gothic statues, and a quaint chapel. This, in turn, allows the story more room to unfold in a single location rather than through flashbacks. Every visual choice impacts the story in some way and will likely be satisfying and poignant on rewatch. 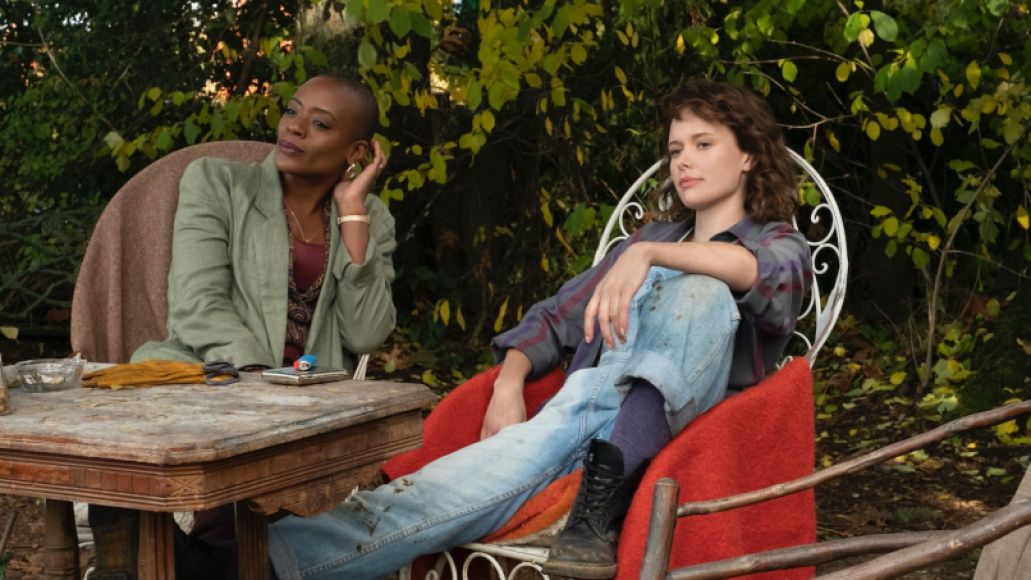 The Two Faces: Like Hill House, Bly’s strength lies in its character development. Pedretti shows delicate strength as American au pair Dani, running from the pain she is reluctant to talk about. Jackson-Cohen is chilling as Peter, skillfully navigating the middle ground between his two other notable roles: the abusive narcissist Adrien Griffin In The Invisible Man and the recovering addict, Luke Crain, from Flanagan’s Hill House. He plays this role well, scary at times and vulnerable at others, adding essential humanity to a pivotal element of the story. For his sake, he might want to try and flip the coin on his next role.

Elsewhere, household staff members Hannah (T’Nia Miller) and Owen (Rahul Kohli) are the warm center of the story, serving as grounding counterpoints to the mounting dread. Henry Thomas is fine as Miles and Flora’s uncle Henry Wingrave, but his arc is not given nearly enough time to grow, with one element frustratingly abandoned just as it was beginning to develop. But Benjamin Evan Ainsworth and Amelie Bea Smith steal the show as Dani’s young charges. Smith’s Flora is captivating with her adorable phrasing and honest depiction of grief, while Ainsworth’s Miles deftly shifts between sinister troublemaker and innocent child. 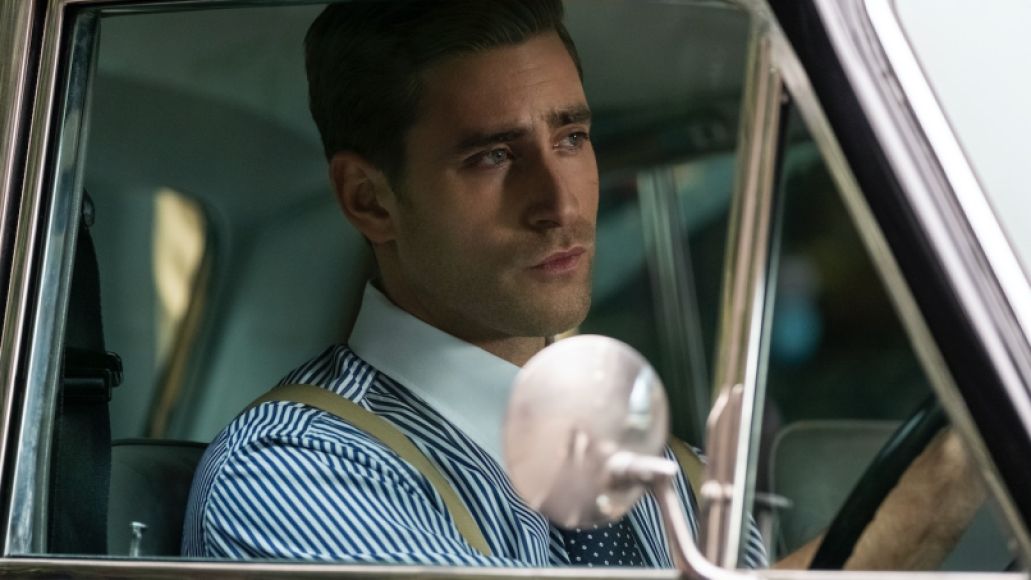 The Tone of Time: Bly explores grief, pain, and rage in the same ways Hill House explored depression. The ghosts are scary, but never the main attraction, existing to fuel the story and connect complex thought processes. Borrowing from Hill House, time weaves in and out, shifting seamlessly between memory and reality. Flanagan allows his characters to confront this dichotomy head on, acknowledging the safety of treasured memories and the understandable reluctance to leave them.

These shifts never feel jarring; instead they naturally unfold, allowing us to fully understand the motivations of characters who do despicable things. Episode 5, in particular, is nearly flawless as Hannah notices a specific crack continuously appearing and vanishing on different surfaces, leading to a devastating conclusion that reframes the entire story.

Though early episodes feel a little muddled, Bly’s ending more than pays for that uncertainty, fully embracing the emotional core with a final needle drop that dares you to watch with dry eyes. 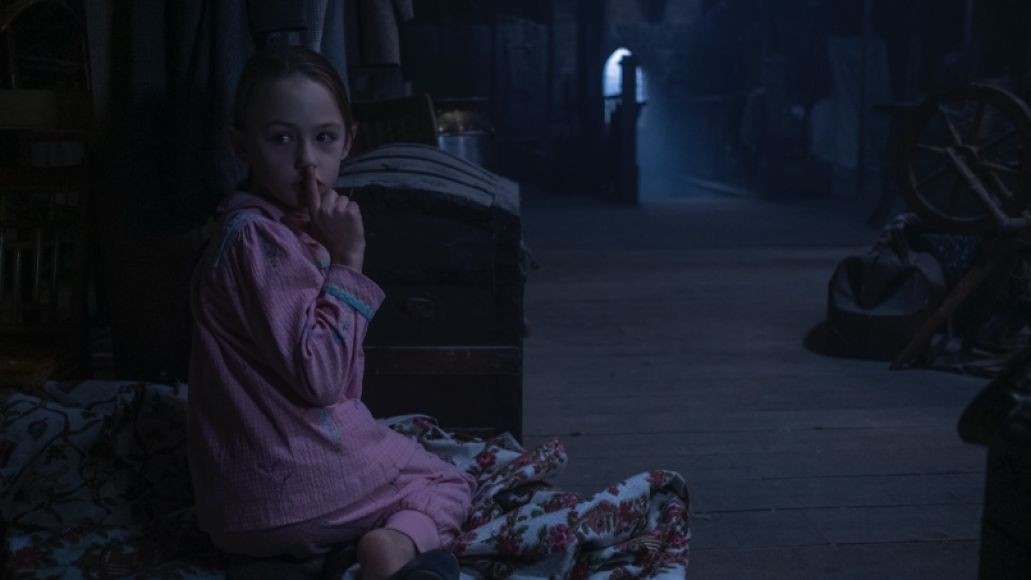 The Verdict: The heart of Bly Manor is the relationships between the characters and perhaps the most haunting aspect of the story is the way viewers will see themselves represented in them, for better or worse. We have all lost someone, been betrayed, or felt the rage of losing a piece of our identity. Flanagan explores these relationships while delivering a powerful and poignant message about moving on in the face of grief. Bly Manor is not Hill House, but left to its own devices, this Haunting offers a beautiful examination of love and the ways we hold onto what we’ve lost.

Netflix's The Haunting of Bly Manor Is a Breathtaking, Ghostly Love Story: Review