More than 30 years after Metallica famously covered Diamond Head, the pioneering British metal act is returning the favor with a cover of Metallica’s “No Remorse”. The UK band has shared the new rendition from the upcoming Lightning to the Nations 2020 full-length, due out November 27th.

Metallica famously covered Diamond Head’s “Am I Evil?” as a B-side on the 1984 Creeping Death single and later pressings of their 1983 debut Kill ‘Em All. It became one of the thrash band’s most celebrated cover versions, immortalizing Diamond Head in the process.

Indeed, one can hear early traces of James Hetfield’s signature vocal inflections on Diamond Head’s original “Am I Evil?” from their 1980 debut Lightning to the Nations. With the British band celebrating the 40th anniversary of that album by re-recording it for Lightning to the Nations 2020, it’s only fitting that they give a nod to Metallica.

Diamond Head’s take on the Kill ‘Em All classic “No Remorse” is faithfully thrashing, a style the band helped to pioneer. Hence, playing “No Remorse” felt strangely natural for the band.

“I wanted to cover a song from Metallica’s debut album, Kill ‘Em All,” Diamond Head founding guitarist Brian Tatler said in a press release, “partly because Metallica covered songs from Diamond Head’s debut album Lightning to the Nations and it felt like things have come full-circle to me. None of the band members knew how to play any of the songs from Kill ‘Em All and I eventually decided we should all learn ‘No Remorse.’ Then when we got into the rehearsal room, we played ‘No Remorse’ and immediately it just sounded great; it was very ‘Diamond Head’ and it really suited us as a band.”

Added singer and producer Rasmus Bom Andersen: “Of all the four covers, we almost didn’t have to work on ‘No Remorse’. We all had to learn the parts, and it’s very difficult to play, but in rehearsal it did sound fantastic … It was almost surreal when we did it because it just felt incredibly familiar.”

Miley Cyrus Is Working on a Metallica Covers Album

Diamond Head also cover songs by Led Zeppelin, Judas Priest, and Deep Purple on the re-imagined Lightning to the Nations, which was recorded remotely in the home studios of each band member during the pandemic. Andersen’s Raw Sound Studios in London served as the central hub, as he kept an eye on mixes and production.

The band has also announced a series of late spring 2021 tour dates across the UK (obviously subject to change). Those dates are below.

Pre-order Lightning to the Nations 2020 via Silver Lining Music or Amazon. Stream Diamond Head’s animated music video for their “No Remorse” cover and check out the full tracklist and album art below.

Lightning to the Nations 2020 Artwork 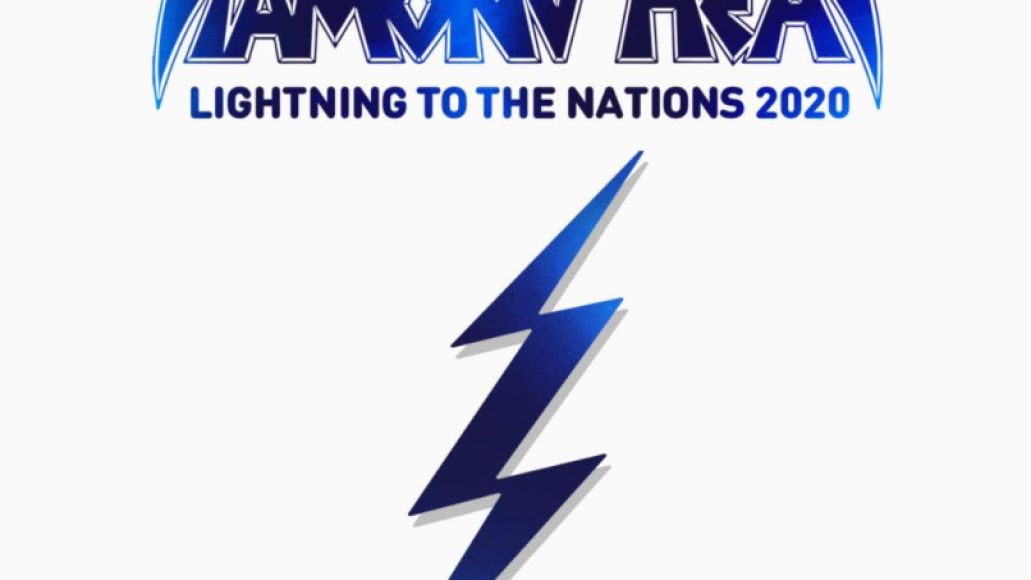