The Pitch: Mel Gibson is the Fatman. No, the name isn’t a reference to the A-bomb dropped on Nagasaki in 1945. It’s one of the surlier nicknames for Santa Claus, played by Gibson as a disheveled, world-weary man named Chris Cringle, just trying to make ends meet in a world losing its Christmas Cheer©. If you feel you came into possession of Fatman by mistake, and would like to learn more about the “Fat Man” portions of the Manhattan Project, safely visit your local library or consult Wikipedia. Or perhaps watch Roland Jaffé’s Fat Man and Little Boy, a 1989 film about the invention of the atomic bomb by desperate American scientists.

Why waste precious bits of the word count talking about Fat Man and Little Boy? Because I seriously have no idea what the hell to do with the latest lame-ass Gibson vehicle.

Fatman is grim and gritty, a bloody holiday actioner that might once have befit Charles Bronson. An ad for Detroit’s failed auto industry about When Santa Used To Mean Something, or some such old-fashioned (read: whitely conservative) sentiment. But its greatest irritation lies with its hook, a funny-enough idea that proves annoying in practice. Billy (Chance Hurtfield), a bratty kid who’s been told “no” a few too many times, orders a hit on Santa Claus. Billy hires “Skinny Man” (Walton Goggins) to go fetch the head of the titular “Fatman.” Chris, Santa, Mel, whoever, he’s down and out, negotiating government contracts to make military weapons in shame, drinking at a dive bar, and using his magical gifts like an unsolicited, drunken armchair therapist.

Violence. Showdowns. Predictable humor. These make the list in Fatman, and none of it is very Nice. 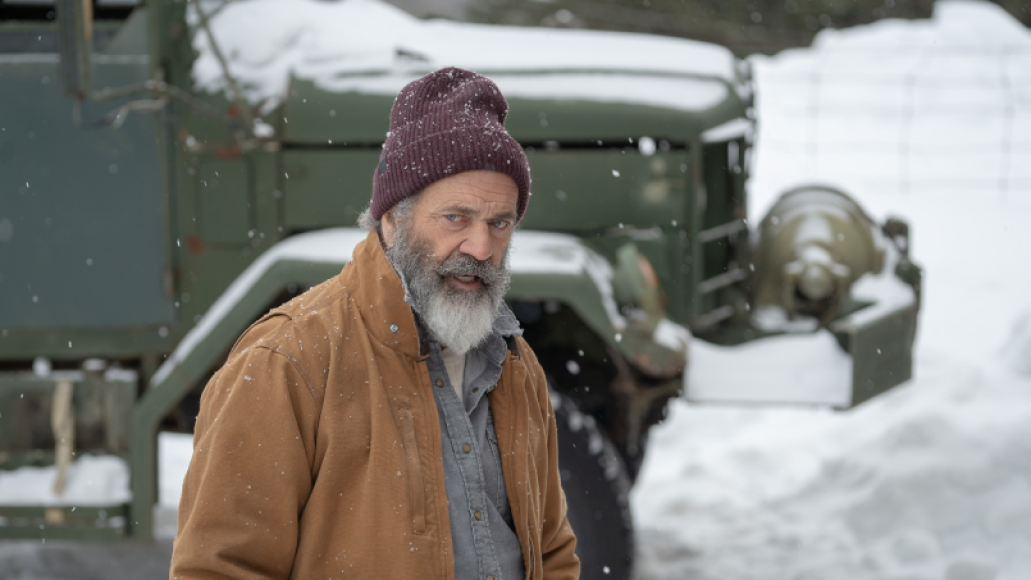 Shite Christmas: Trade secret: I’ll occasionally discuss my reviews with colleagues. Sometimes it’s to sharpen a thought. Other times, to express joy. Mostly it’s to recount. In sharing notes on Fatman, I brought up a harangue by Gibson’s Santa about how Christmas generates $3 trillion a year in revenue and yet he’s being left behind. It begged the question of who such a rant is for, and the answers came quickly: Fox News devotees. Those who demand Caucasian Santas. “Values” audiences. Stalwart Catholics. Blood-lusty Gibsonites. After sharing the aforementioned harangue, one colleague replied: “Oh wait – so I definitely thought you were describing a Trump rant, not the movie.”

And there you have it. If you’re a Melvin-maniac, or want to go war over the use of “holidays” on cards, or just want a cheaply shitty action-comedy? This’ll only run you a couple bucks at the end of November. But know that money could have gone to better things, like presents, or used Lethal Weapon DVDs. Or charity.

Fatman’s a ramble. It’s violent without any creativity. Uh oh, kids scraped Santa with buck shots while he’s flying again. Cringle keeps a hand cannon under his bed; better put the kids to sleep. There are borrowed riffs from Elf and Fred Claus and other modern holiday stories on why Christmas ain’t like it used to be. Elves eat sugar and build jet panels. And of course, the whole thing is thematically stodgy. Overt, they call it. Wait, no. Lazy. That’s the word. Little Billy is a calling card for entitlement and elder resentments of youth. Gibson’s teary-eyed screaming about Christmas changing is neither funny nor convincing in earnest. It’s all very Old Man Yells At … someone. 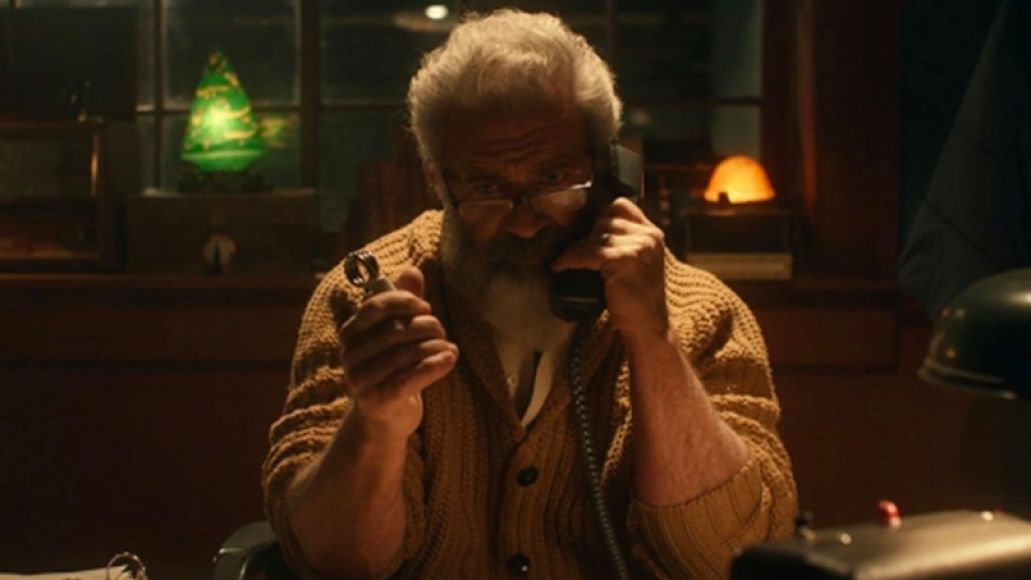 Season’s Beatings: Mel’s slumming, and it shows. This movie feels like it was shot on a shoestring in Toronto. Mel just wheezes, bug-eyed, till the 100-minute mark.

Just a few years ago, he was nominated for Best Director for Hacksaw Ridge. How did he blow his shot at redemption once again? Oh. Right. The personal stuff. The predilection for mean-old-man content. And before you continue to answer the initial question of Mel’s relevance, quickly and correctly, patiently consider Gibson’s better qualities of yore. He was a handsome, nervous screen presence some 30 years ago. He’s headed beloved franchises, and his directing – while nauseating for some – remains high-impact. He’s still an Oscar-winning filmmaker, passionate about history and violence, and Fatman weirdly fits the bill for his known cinematic interests.

So what’s wrong here? The project is just so half-hearted in both its humor and the hardcore stuff. Mel’s wild beard and cigarette-damaged voice just reads pathetically. There’s something unnerving about a publicly embittered man playing a fictionally embittered man. A Santa gone Dirty Harry could be funny, but the low budget doesn’t allow for anything more interesting than quick gun fights. He’s only allowed two types of dialogue: woeful ruminations and screaming-mad rants.

Say what you will about the misogyny of What Women Want, but it had the playfulness to make Mel look like a horse’s ass. Payback was and is cruel, as a lot of his actioners can be, but he always committed with a curious smile. Fatman gives Mel nothing. It’s violent, but not interestingly so. It’s into the Santa lore, but nothing beyond what we’ve seen in bajillions of other Santa flicks. If all Gibson wanted was a comeback for Christmas, Fatman is the emptiest stocking Gibson could have picked.

Verdict: Elf with a hard R-rating. Low-budget Lethal Weapon. Another lump of coal in Gibson’s rapidly declining filmography. Fatman has no gifts to speak of. It’s kind of cheap. It’s fairly cynical and/or mean-spirited. It’s not fun. No good. Lumpy in execution. Deeply archaic in its thinking. Ho ho ho-hum.

Where’s It Playing?: November 13th in theaters, November 24th online, and in your bitter uncle’s mancave by January.

Fatman Is Another Lump of Coal for Mel Gibson: Review