The Pitch: The Christmastime family comedy is a hallmark of the holidays (and not just because of how frequently they’re made for the Hallmark Channel). Happiest Season combines an excellent ensemble with a modern romantic-comedy twist in which a lesbian couple have to grapple with one-half of the couple not being out to her parents yet. Does the old-fashioned genre work well with the new twist?

A Funny-Sad Setup: There’s something inherently farcical in the setup of Happiest Season, co-written and directed by Clea DuVall. Abby and Harper (Kristen Stewart and Mackenzie Davis) have been living quite happily with each other for a long enough time that Abby has bought an engagement ring and is ready to propose. There’s just one last hurdle: that old standby, talking to the parents for their approval. Abby’s long since lost her parents, but Harper’s whole family is still around and looking forward to celebrating the holidays with her. Only on the drive to meet them does Abby learn that Harper’s never come out to her family, and she’ll have to play-act as Harper’s roommate instead of her girlfriend. Of course, playing the part becomes much more challenging once Harper’s exes enter the situation.

But Happiest Season is also wise enough to realize that this concept is equally painful, for both halves of the relationship. Once Harper’s at home, she flips a personality switch and acts more like the perfect conservative daughter to appease her parents (Mary Steenburgen and Victor Garber) as well as her competitive sister (Alison Brie). Abby, meanwhile, is desperately trying to stay calm, even as she’s isolated from Harper’s family; she finds comfort of a sort with Harper’s ex-girlfriend (Aubrey Plaza), who knows all too well the grief of watching someone you love act like your feelings don’t or can’t exist. 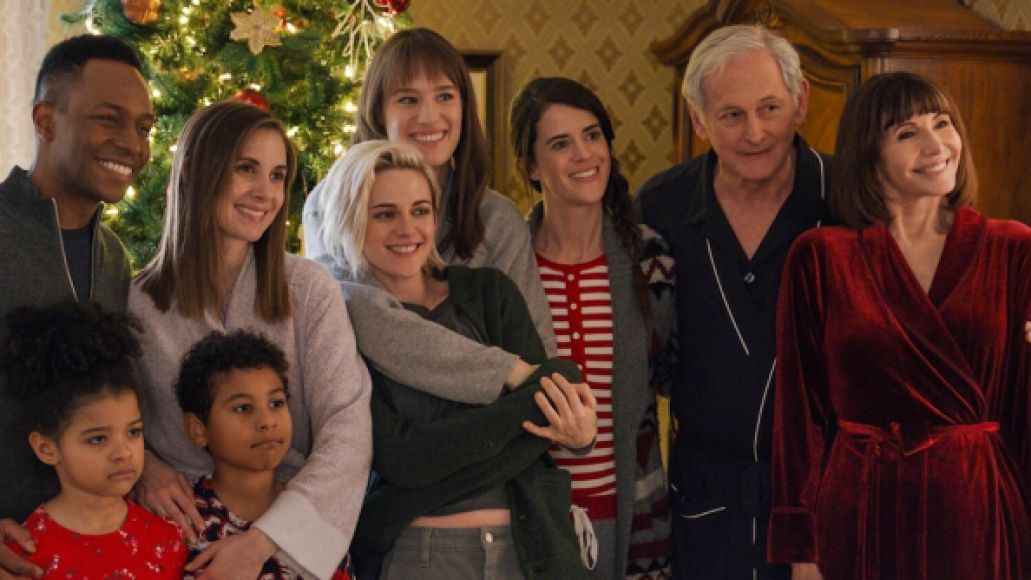 K-Stew and a Great Ensemble: Over the last few years, Kristen Stewart has re-established herself as one of the finest actresses of her generation, working in challenging and risky films like Personal Shopper, Certain Women, and Clouds of Sils Maria. With Happiest Season, she continues her streak of excellent work by working through heartache; there are plenty of flashes of romantic-comedy tropes here she works through pretty well. (At one point, a case of mistaken identity leads to her being accused of shoplifting by two outlandish security guards played by the very funny Timothy Simons and Lauren Lapkus, allowing her to do a very good straight-man bit to their manic personalities.) But the script (also co-written by Mary Holland, who plays Harper’s other, ignored sister) asks more of Stewart than just playing a henpecked, put-upon romantic partner. She plays through the anguish and frustration Abby feels in watching Harper act like a different person very effectively.

But that speaks to the overall strength of Happiest Season, which is its stacked ensemble. DuVall (who you may recognize from films such as Girl, Interrupted and Argo) has a deft hand in directing scenes driven by the actors as opposed to physical action. And it really helps when the ensemble features such talents as Davis, Garber, Brie, Plaza, and Daniel Levy. There are moments here when the material works simply because the actors elevate it beyond the page. 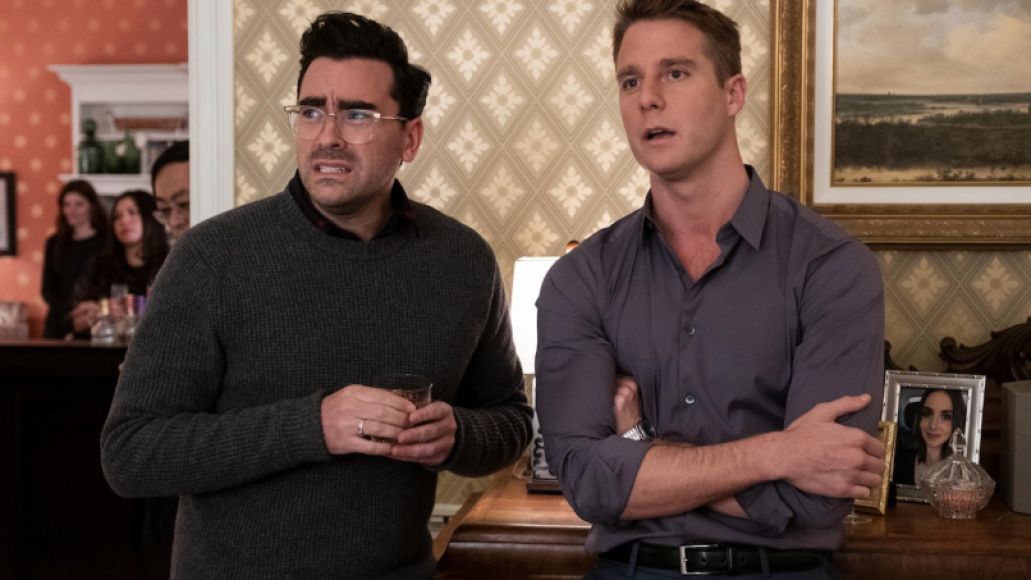 A Holiday Movie at Heart: There are limits to what most holiday-centric films can do. The underlying tension of whether or not Harper’s family can ever accept her true spirit — and, of course, whether Harper herself can ever bring herself to admit what her true spirit is — makes Happiest Season feel somewhat different and more mature than other romantic holiday films. But … well, this is a holiday movie with the word “happiest” in the title. You would not be wrong to presume this one may wrap up with an upbeat ending. So, whatever twists and turns there are, the story doesn’t so much surprise by its conclusion as in its winding path to a happy conclusion.

Perhaps the most surprising aspect — and the one that holds this one back ever so slightly — is that the brittle nature of Harper’s family never quite curdles over into nastiness or cruelty. Maybe it’s that Steenburgen and Garber have, especially in the last couple decades, seemingly represented such upbeat spirits in real life. Maybe it’s that a story with super-hardline conservative parents who could reject their child for being a lesbian doesn’t line up with “upbeat holiday fare.” But it’s kind of hard to buy them as harridan parents who would be so nasty as to withhold love and affection from their children. The adult daughters say as much in an acrimonious argument, but it’s much easier to see the elder actors grapple with acceptance of imperfect children than as harsh taskmasters.

Yet, these are quibbles. It’s a very strange holiday season — one in which Happiest Season will be heading straight to Hulu in the States, but released internationally in theaters, due to the pandemic — and it’s high time we all got a chance to watch something that’ll make you smile by the finale. For that reason alone, Happiest Season is worth it. 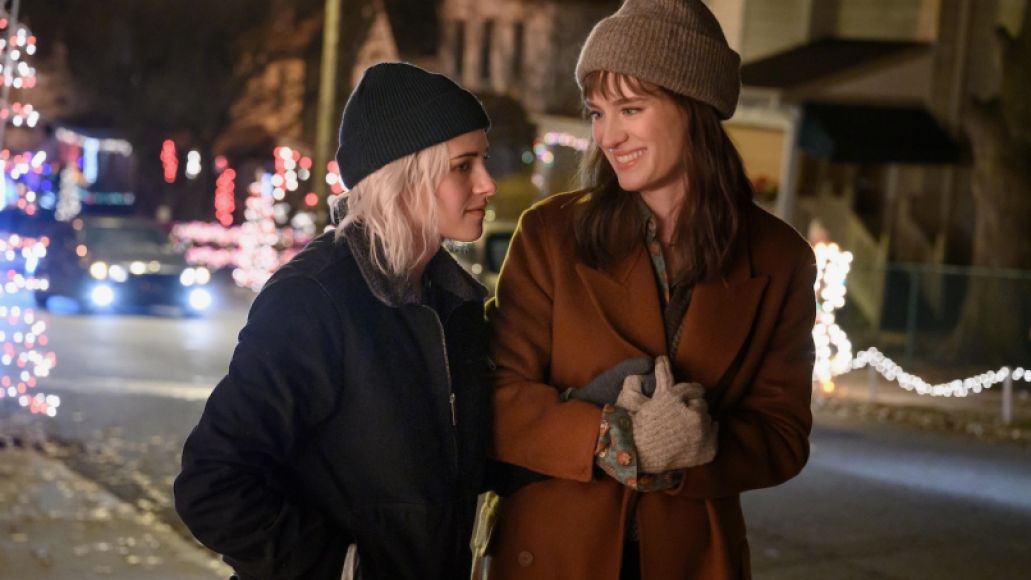 The Verdict: Though this film is more complicated than the now-standard holiday fare you could find on Hallmark or Netflix, Happiest Season is also charming, more intelligent than the average romantic comedy, and bolstered by an excellent lead performance.

What’s Streaming on Hulu in November 2020

Where’s It Streaming? American audiences can stream Happiest Season on Hulu beginning November 25th. International audiences will be able to catch the film in select theaters.

Hulu's Happiest Season Gifts Us the Holiday Smile We All Deserve: Review