The Pitch: Legal scholar and author James Donald Bowman (pen name J.D. Vance) was the product of a Kentucky-and-Ohio-bred upbringing. And he’s just got something to say about that. Hillbilly Elegy is Ron Howard and Vanessa Taylor’s adaptation of Vance’s book about his life in Appalachia, specifically how a.) he defeated Southern legacies of “economic anxiety” or whatever the hell that means to b.) grow up into a Yalie. (You can just hear the “now I’m just a Southern Lawyer in the big city” maxims already, can’t you?)

Vance is portrayed in dueling narratives, as a young fuckup in Kentucky (Owen Asztalos) and as a struggling law school student (Gabriel Basso) trying to take care of his ma back home. Both stories are marked by his strained relationships with his mother and his “Mamaw”. His mother Bev (Amy Adams) is a lifetime nurse struggling with opioid addiction and severe anger management issues. She beats young J.D. and his sister, and Bev can’t hold a job for more than a few minutes. Mamaw (Glenn Close) is J.D.’s no-nonsense grandmother, who gets all the best zingers and speeches — you know, like how in life we can be good Terminators, bad Terminators, or neutral Terminators?

Hillbilly Elegy is the story of how Vance beat the odds to become a passable author. Not pictured: racism, thoughtful analysis of Kentucky’s education system, deep-dives into the opioid crisis, people outside of Vance’s microscopic worldview, and other such concerns. 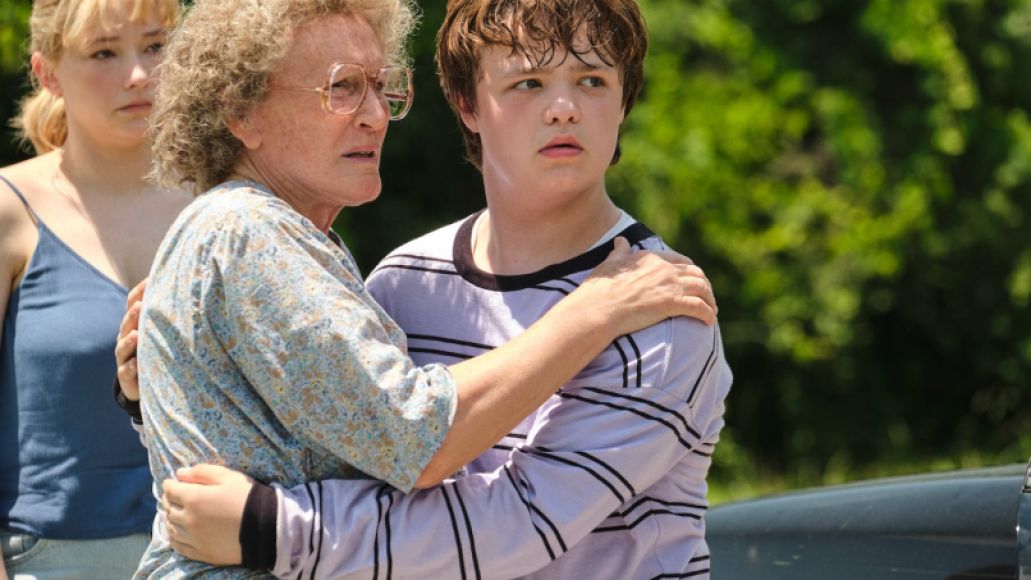 “Bootstraps” Bullshit: Vance achieved some degree of literary notoriety for his 2016 memoir Hillbilly Elegy. A New York Times best-seller, the book was praised by Brookings and The American Conservative as a song for Those Left Behind. It also drew reasonable criticism for its simplistic, if not avoidant, observations about big U.S. problems. The appeal seems to be political at most, and questionable at best.

Vance’s prose carves up tough-but-folksy “home-spun” insights about living with “working-class” struggles. Hard work pays off. There’s this thing called “learned helplessness”, and we have to take better care of ourselves. People handle their problems through fighting, where he grew up. He also suggests that people in the Appalachian region resented Obama because of the 44th President’s intelligence.

The film adaptation is either simplistic (Vance’s depiction as a self-saving hero) or evasive (no Obama talk here). It’s also not the heartland odyssey you might imagine — just a cinematic memoir with a severely puny scope. Vance, as translated through Howard’s direction and Taylor’s (The Post) screenplay, suggestively speaks for all the “hillbillies” out there.

But in limiting the narrative to Vance’s personal despair, the movie sidesteps numerous broad issues. Dickens could handle millions of characters while framing the French Revolution in all its socioeconomic fervor. Paul Schrader’s Blue Collar worked out interesting things to say about Americana through the trials of strained auto workers. When compared to other material, Vance’s “statement” comes across as incomplete, if not downright naïve. 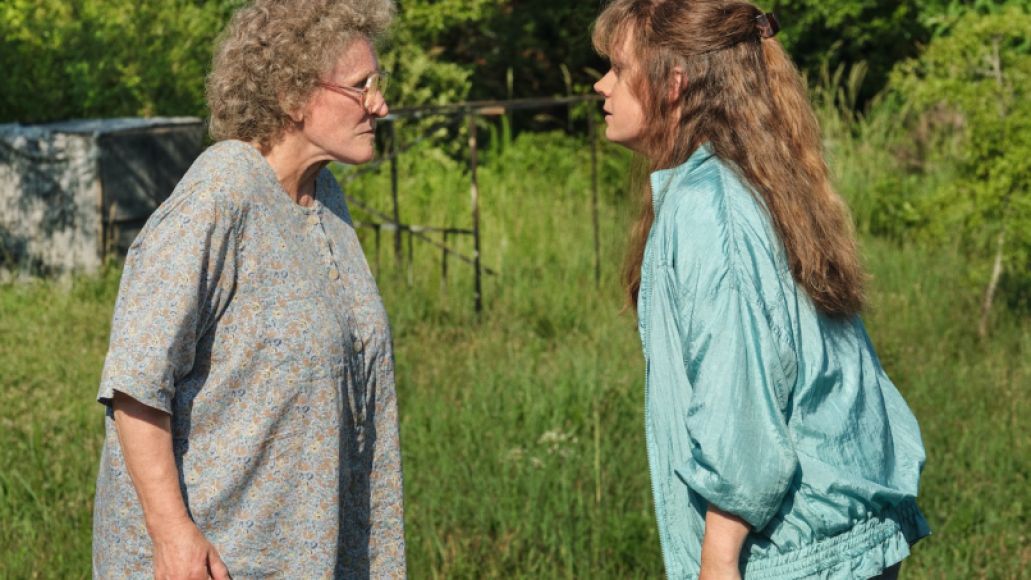 Kentucky Fried Chicken: Howard’s direction can be described along the lines of “dumb Tennessee Williams.” Hillbilly Elegy does not bring out the best in its cast, and Howard fails to bring the intensity or depth that might make something meaningful. His approach is all after-school special, all the time. Young Vance is seen contemplating calculator theft, smashing property, and picking fights, all in a forced manner. Howard almost never reflects on these moments, instead leaving his cast to scream out situations before the next “uh-oh”. As the older Vance, Basso has an appropriately lunky presence, but a constipated and uninteresting one as well. He stares in bovine fashion at the rich while narration overtly expresses his discomfort: Oh no, which fork should I use at dinner? His character is drawn out through “back where I come from” cliches. And when he’s not staring, he’s raising his hands in frustration at his mama’s drug problem.

Vance’s drama, simply put, is all “yes” with little “and”. This characterization declines making any meaningful statements. Only short-handed recollections here. What of Ma’s problems? Mamaw just walks out of the hospital with pneumonia? Grandpa was lit on fire? For real, that all deserves more, Vance, come on, man. But no, we get flashbacks and half-thoughts leading to the inevitable post-script credits with all the real-life home video. Vance never allows himself to be pressed too hard for insight or analysis. From source to selected actors, it’s all a huge miss. 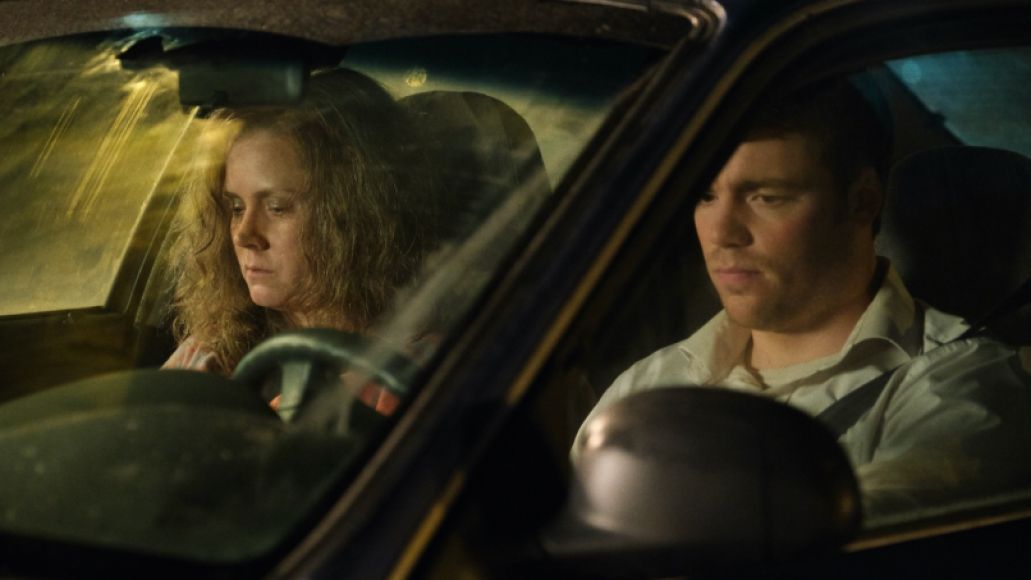 Speaking of which, it takes a lot to make Amy Adams look bad in a movie, but Hillbilly Elegy does it, y’all. She’s a beast, an abusive manipulator to which everyone else must cater. Likability is no requirement, but Adams goes to 11, 12, and eventually 100 in a role that might have read better in a longer, deeper format. Adams gets wild, and that’s about that. There’s no real resolution beyond postscript, just a series of angry Adams scenes that Elegy uses to crutch Vance’s maturation. Even if there’s truth behind this rendering of Vance’s mother and how she behaved, you’d be hard-pressed to take anything from the film about her beyond “oh that’s so sad, painkillers are a hell of a drug.” Have you ever seen that clip of Helen Hunt trying angel dust and diving out a window for an anti-drug film? Adams getting fired for roller-skating in a hospital feels spiritually akin to that, laughably over-the-top in its own way.

Meanwhile, Close has been drawing a certain buzz for her turn as Mamaw already. Ever heard of a dirty little phrase called “Oscar bait”? We get it. She’s the most sympathetic character. She gets to tell young J.D. like it is. She gets to cuss. She gets to cry. And ultimately, she’s fine. Her rural plight that runs from grandstanding to mawkish isn’t just predictable, it’s boring (and repetitive) at a point. In hindsight, Glenn Close has delivered dozens of better performances.

What’s Streaming on Netflix in November 2020

Verdict: The whole of Hillbilly Elegy stinks of a demo reel for a young Republican’s bid for Congress. Whittling a cultural microcosm filled with moods, views, and multiple histories into a series of hand-waving “well, people just get mad sometimes” platitudes? It’s disingenuous at best. And perhaps that’s a flaw of the memoir as a source: the subjectivity. Yet Vance’s subject matter seems to give him license to make broad statements about rural America that wouldn’t cut the mustard in a functioning U.S history roundtable. And as director, Howard doesn’t really step up with the material either. Anyone could have directed this very-special-episode of a movie, and it would have looked and sounded more or less the same. Howard’s just the messenger, carelessly introducing millions to a real Forrest Bunk.