This review originally ran in September 2020 as part of our coverage of the 2020 New York Film Festival.

The Pitch: In London’s West Indian community in 1980, a house party brews. The men haul furniture out to the backyard and bring in huge speakers to replace it, while the women crowd into the kitchen, cooking goat curry and plaintains while singing and laughing with each other. Men and women file in one at a time, paying the bouncer while the DJ pumps in the songs of Carl Douglas, Sister Sledge, Janet Kay — romantic reggae, “Lover’s Rock”.

This is the setting for Steve McQueen‘s Lovers Rock, a glimpse into the Blues parties that served as an important space for Black Londoners of the ’60s, ’70s, and ’80s to find community, solidarity, and love, as a rotating ensemble of characters sing and scrub throughout the evening. And in the middle of it all, a young woman named Martha (Amarah-Jae St. Aubyn) forges a sly, sexy connection with a mysterious stranger named Franklin (Michael Ward).

Small Axe, Big Heart: The first of five films McQueen has created as part of his Small Axe anthology (three of which are playing at this year’s New York Film Festival — we’ll be covering all of them, don’t you worry), Lovers Rock is the only one not based on real people or events. But the tradition of the Blues party — house parties where Black Londoners normally not allowed into white nightclubs congregated for a night of food, fun, and romance — is realized with sumptuous detail and contagious energy.

These were places where Black people could set aside the stressors of living in an England beset by racism and economic uncertainty and celebrate themselves in all their beauty, success, and sexiness. (See Menelik Shabazz’s documentary The Story of Lovers Rock for more context into the role these parties, and British reggae music, played in the culture at the time.)

While the A-plot ostensibly revolves around Martha’s furtive explorations with Franklin, McQueen and cinematographer Shabier Kirchner (who shot the incredible Bull earlier this year) float around the party to check in on the other attendees, capturing a stolen kiss here, a purchased beer there. Moments of drama do crop up — Martha has to scare off a man taking liberties with the birthday girl for whom the party’s being thrown (Ellis George), and Martha’s cousin shows up to tell her off about avoiding his mother’s funeral.

The few times white people arrive in the periphery, they bring with them the spectre of danger, from catcalling twats to a passing police car. Lovers Rock knows all too well the sanctity of all-Black spaces, and how fragile those moments of peace can be. 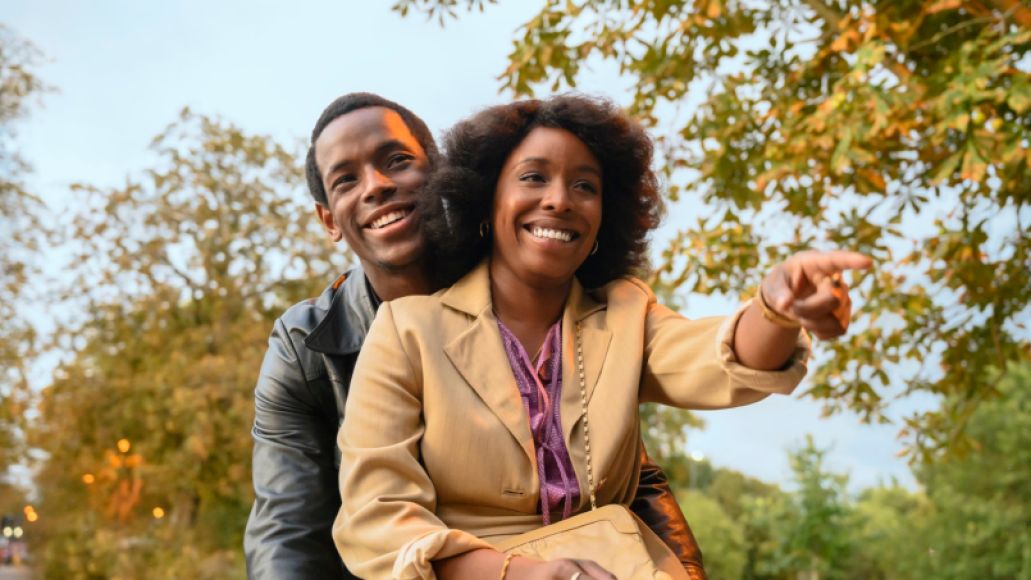 Let Go the Lion: But mostly, Lovers Rock is an ode to the Blues party at its center, and the British reggae hits that give the film its name. Shabier relishes in the weaving, intimate closeups of the dance floor, a cleared-out living room that becomes a stage for partygoers to meld into a single, symbiotic organism of undulating bodies and all-too-relevant-for-now raised fists. Without fail, every song on the soundtrack is a banger, a wealth of thumping, rousing reggae hits and slow jams that the party’s DJ, Samson (Kadeem Ramsey), eases us through.

The dancing, choreographed by Coral Messam, is sexy, funny, and intoxicating in equal measure, from the cheeky karate-chop prelude to “Kung Fu Fighting” to the transcendent moment when Janet Kay’s 1979 single “Silly Games” ends, only for the crowd to keep the song going a capella for minutes afterwards. Lovers Rock is 70 straight minutes of people vibing, and it’s hard to overstate how much people need that right now. (Especially in a year when many of us miss the vibe of parties like this, which just aren’t safe to have anymore.) 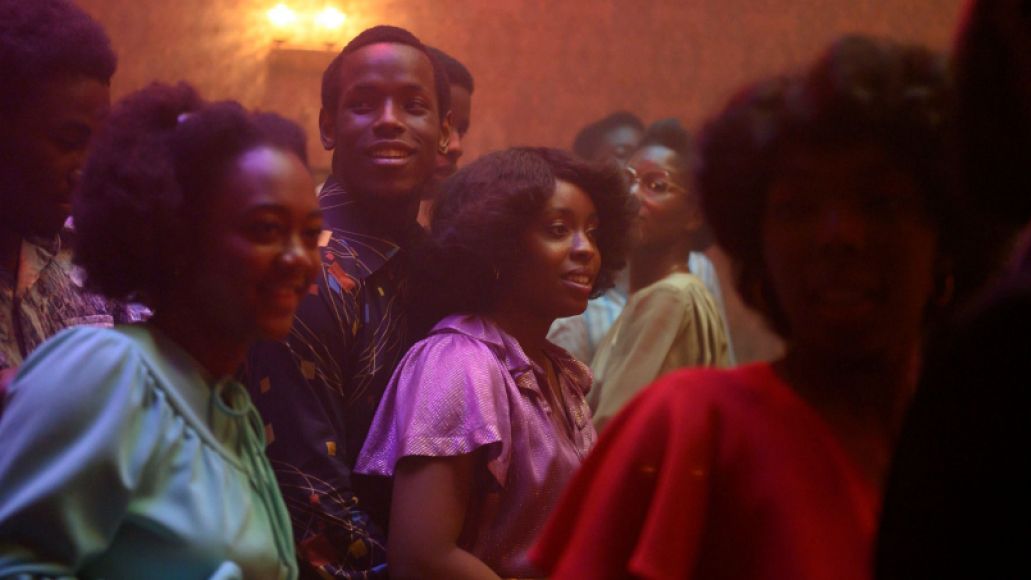 A Font of Black Joy: Much of the time, the Black cinema acclaimed by mainstream (read: white) audiences trafficks in Black struggle and pain — If Beale Street Could Talk, Detroit, McQueen’s own 12 Years a Slave, to cite a few examples. When it comes to representing the Black experience on screen, according to The Wrap’s Jeremy Helligar, “the Academy seems to prefer black characters in chains or bursting out of them.”

Instead, we get to just live with a group of Black Londoners during (for most of them) the best night of their life. Martha and Franklin’s romance makes for a welcome spine, both performers mining incredible sweetness and resolve out of McQueen and co-writer Courttia Newland’s elegantly sparse screenplay. The rest of the ensemble shines during moments of focus as well.

But McQueen’s focus is on the community, not the individual; his focus is on the party as a whole and the optimism and community it engenders. Films about the unabashed celebration of Black joy and success are few and far between, which makes Lovers Rock all the more remarkable.

The Verdict: In its closing text, Lovers Rock dedicates itself “for all lovers and rockers” — and it’s never been a better time to lose yourself in these joyful rhythms and liberating atmosphere. Between renewed attention to police brutality against marginalized communities with the killings of George Floyd, Breonna Taylor, and others too tragically numerous to count, and the disproportionate toll the COVID-19 pandemic has had on Black and Brown communities, 2020 has been an especially difficult year for Black people in America and the UK alike. But Lovers Rock can, for 70 brief minutes, serve as an inviting respite from all that trauma. Just crank up the music, sway your hips, and lose yourself in the crowd.