The Pitch: Herman J. Mankiewicz (Gary Oldman) was the script whisperer of the 1930s — at the height of the studio system, he was one of its most sought-after names, punching up many of the era’s most famous films with his signature wit and effortlessly fast-paced dialogue. But he was also a man plagued by personal foibles, a hefty drinking problem, and the struggles of being a card-carrying socialist in one of the most capitalistic industries in American history.

In the spring of 1940, Mankiewicz — but please call him “Mank” — was tapped to pen the script for Hollywood’s most famous piece of outsider art: Orson Welles’ sprawling, ambitious epic Citizen Kane. Recovering from a car crash in a private estate with a helpful nurse named Rita (Lily Collins) and a 90-day deadline to get the script finished, Mank reflects on his past in Tinseltown and the axe he had to grind with the man Kane would be based on: William Randolph Hearst (Charles Dance).

Finch: It’s been a while since we’ve seen David Fincher‘s name on the silver screen (such as it is, in an age where theaters are dormant and streaming is king). Since 2014’s Gone Girl, he’s been more than happy to sow his creative oats for Netflix, between House of Cards, Mindhunter (RIP) and producing shows like Love, Death and Robots. But with Mank, Finch returns to the two-hour stories he cut his teeth on, adapting a screenplay from his father (journalist Jack Fincher) about one of the most notorious, fascinating screenwriters in cinematic history. 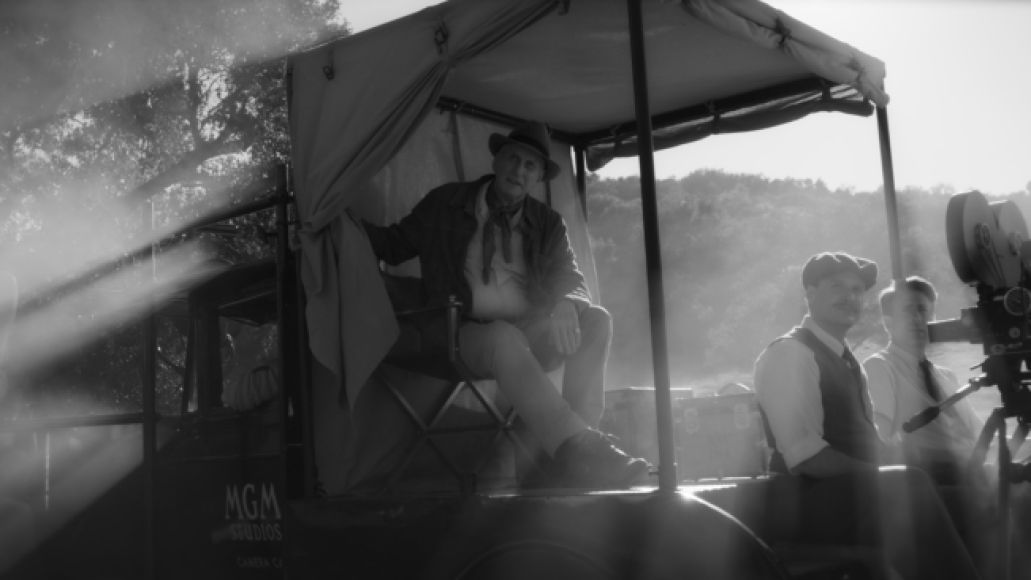 It’s a passion project for him, one he’s been primed for since he even debuted with Alien 3 in 1992, and that kind of patience takes hold in the craft itself. He’s often thought of as an exceedingly modern filmmaker — he innovated the grungy feel of ’90s thrillers with Se7en, then moved on to Hitchcock homages with The Game and Panic Room and his detail-oriented approach to films like Zodiac and Social Network have carried through in his other works. This sees him in a different, more exuberant mode, one deeply celebratory of the sentimental emotionality of ’30s filmmaking while remaining deeply cynical about the dark, greedy underbelly that sustained studios like MGM and Paramount.

Mank is also a filmmaker’s film, a movie from an artist who wants to express the difficulties of making art. Studio heads and writing committees scramble for anything that can sell, losing themselves in the glitz and glamour of their own illusions, while Mank sits there in the middle hoping to say something real. Kane is that moment, it seems, and Mank recognizes the opportunity that presents for its central character to exorcise his personal and professional demons on the page.

Manks for the Memories: But don’t expect Mank to be a movie about the making of Citizen Kane, per se. Orson Welles (Tom Burke) appears only sporadically, a booming reminder of the new kind of Hollywood collaborator he’d come to work with. Instead, Mank is about the things Mank based Kane on: Heart’s suffocating wealth, the contrasting conditions of the Great Depression and coastal privilege, the loveless arrangements between young beautiful women (like Amanda Seyfried‘s cunning, charming Marion Davies) and the rich men who keep them on their arm. 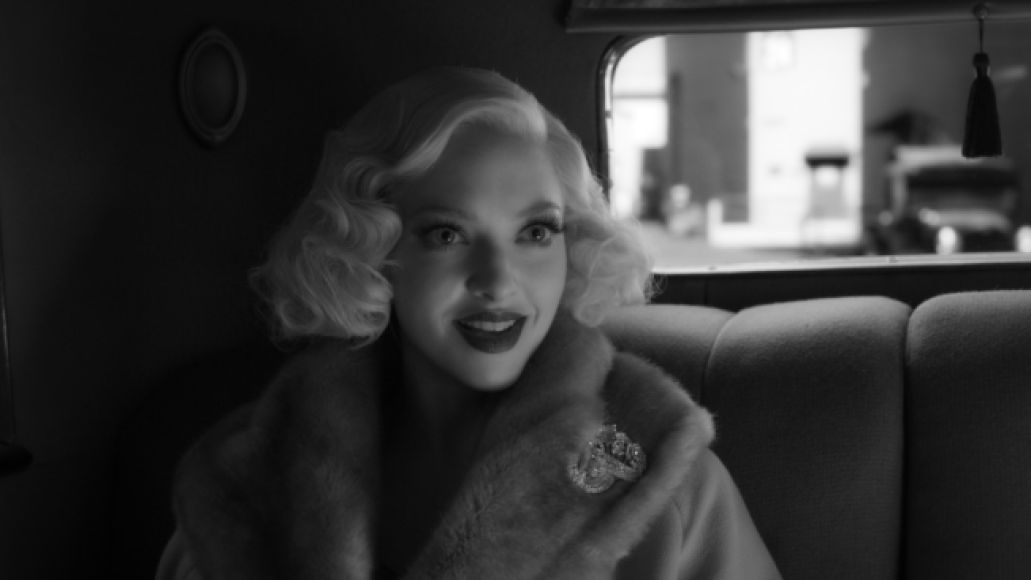 That said, one of the most challenging aspects of Mank is the density of its script. Because it elides the making of Kane so much, Mank does ask for viewers unfamiliar with the inner workings of studio-system Hollywood to quickly familiarize themselves with figures like Louis B. Mayer (Arliss Howard), David O. Selznick (Toby Leonard Moore), and the contract-driven dynamics of Old Hollywood. Arguably, less screentime is allotted to the writing of Kane than to the 1934 California gubernatorial election between Upton Sinclair and incumbent Frank Merriam, a last-ditch attempt to institute socialist policies that could have helped people survive during the Great Depression.

Furthermore, its winding, flashback-heavy structure can disorient if you’re not careful; typing out scene headings (“INT. BEDROOM — 1943 (FLASHBACK”) is a cute way to signal the film’s jutting back in forth in time, but it messes with our ability to truly get into Mank’s head. He’s an idealist, someone resolute who wears his heart on his sleeve, but that same outspokenness makes him feel a bit static in comparison to the world around him. Still, that makes for a fascinating portrait of moral certitude and the breathtaking cultural cynicism that surrounds it.

The Jungle: It’s a thrill to watch Fincher emulate the muffled monoraul sound and Expressionistic deep-focus compositions that Kane itself innovated; Erik Messerschmidt’s “Hi-Dynamic Range” photography is a thrill to behold, a digital process doing its damndest to emulate the grainy film look of the 1930s and 1940s (cigarette burns to indicate reel changes and all).

But what really thrills is Ren Kylce’s 1930s sound design, with its compressed monoraul soundtrack that makes you feel like you’re digging out old film reels from a studio archive and throwing them on a projector. There’s a fuzziness to it; the dialogue sizzles around you. It’s the closest I’ve come to feeling like I’m sitting in a movie house since the pandemic began, and I’m thankful for it.

Accompanying it, of course, is Fincher’s decade-long musical collaborators, Trent Reznor and Atticus Ross, who join him in stretching their old-school filmmaking muscles with a swinging, horn-heavy score more indebted to the films of the era than the synth-heavy minimalism of their previous efforts. 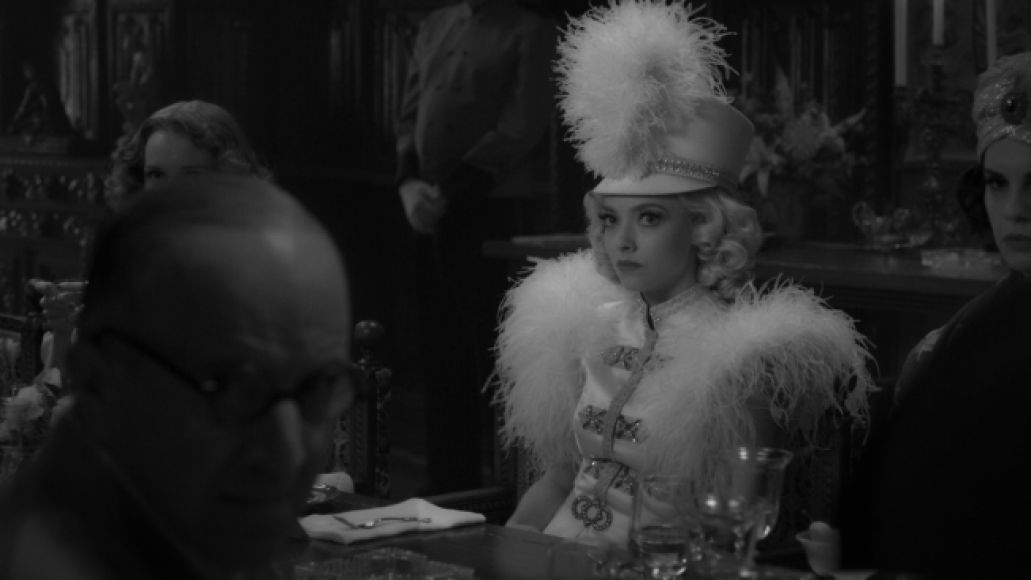 I Don’t Think There’s One Word That Can Describe a Man’s Life: At the center of all this impeccable, period-appropriate-but-with-a-vengeance craft is Oldman, leveraging all the laconic spit and vinegar he’s cultivated throughout his career into a surely awards-caliber performance. Unlike his Churchill, his Mank feels like no impression; Oldman imbues Mank with the kind of weariness that comes from a man ahead of his time, someone tragically aware of his own flaws but frustrated that those around him have so many more.

He’s a one-of-a-kind wit, and Oldman spits out Fincher’s dialogue with all the speed and cadence of one of the man’s own scripts. Add to that a Chaplinesque physicality whether he’s stalking a studio backlot or drunkenly collapsing into a luggage cart, and Oldman’s Mank feels like a culmination of the actor’s remarkable filmography.

He’s aided, of course, by a pitch-perfect round of supporting players; Seyfried is incredible, her Davies capturing that mixture of sophisticated intelligence and bubbly effervescence that Davies herself had. It’s the kind of turn that Marilyn Monroe would be proud of. Dance’s Heart is suitably imperious, and Tom Pelphrey adds a needed nudge of humanity as Herman’s brother and fellow screenwriter Joseph Mankiewicz — a man always stuck on the outside of his brother’s success, even as he carved out more conventional inroads for himself in the movie business.

Ranking: Every David Fincher Movie from Worst to Best

Are We Nearing the End of the Newspaper Movie?

The Verdict: Mank‘s definitely a film-tailor made for cinephiles; it’s a dense, complicated work with a screenplay as labyrinthine and mired in inside baseball as Kane‘s. But as a stylistic exercise and a work of craft, it’s one of Fincher’s most exciting in years. There’s hardly a false note in the cast, the costumes, the production design, or the score. And the Wellesian flourishes are an interesting stylistic move for a filmmaker usually known for his cold, crisp exactitude. It may require a glossary for folks who haven’t read as many Otto Friedrich books, but Fincher’s surely pulled off a uniquely beautiful ode to Hollywood — a rare feat for an industry that loves to make movies about itself.