The central thesis of HAIM’s cheekily titled third record, Women in Music Pt. III, which came out this summer, appears on the track “Man from the Magazine”. After quoting a sexist interview question that came from a male journalist, the song’s second verse goes: “Man from the music shop, I drove too far/ For you to hand me that starter guitar/ ‘Hey, girl, why don’t you play a few bars?’/ Oh, what’s left to prove?”

HAIM, a Los Angeles-based rock group of three multi-instrumentalist sisters that has been referred to as a “girl band” too many times to count, shouldn’t have to prove anything. But, if they did, a spot in a Fender campaign might seal the deal. “I guess the only thing that I can do is just keep proving people wrong,” says HAIM’s bass player Este Haim, who stars in Fender’s latest American Professional II series campaign.

The purpose of Fender’s “The One. For All.” campaign, for which Haim plays the collection’s Precision Bass, is to “amplify new artists who are breaking conventional rules about the path to success — changing what it means to be a musician right now, and in the future.” HAIM has been changing what a popular rock band might look like since their debut record in 2013, and they’re definitely leading a charge. According to a study done by Fender, 50 percent of new guitar players in the United States and the United Kingdom are women.

After releasing their latest album this summer, HAIM should be on tour right now. But because of the pandemic, the Haim sisters have been putting on virtual performances, setting up Zoom dance and instrumental tutorials, and most importantly, staying inside. As of right now, HAIM is planning to hit the road on their U.K. tour in June 2021. “I pray every day that it happens,” says Este Haim. “I’m already living in the moment where it’s happening. I’m already there.”

HAIM on What to Expect from Women in Music Pt. III

HAIM’s Women in Music Pt. III Brims with Nuance and a Smorgasbord of Sounds: Review

While we still have her on our side of the pond, Consequence of Sound spoke to Este about her campaign with Fender, some of her favorite bassists and how she anticipates her first post-pandemic live performance.

On Fender’s “The One. For all.” Campaign

I’ve been a Fender girl for a very, very long time. I’m a loyal, tried-and-true Fender bass player. My first bass guitar was a Fender Jazz precision. It had both the jazz pickup and the precision pickup. Growing up, I just always liked the sound of the precision pickup. That’s a sound that I’d heard on so many records. It was really the first solid bass guitar, the P bass. It really is a workhorse; it just sounds good on everything. If you had told me like when I was 12 years old, or 11 years old, when I first kind of started playing for real, that I was going to be in a Fender campaign … 12-year-old Este Haim is freaking the fuck out.

On Her Earliest Bass Memories

I remember seeing Tina Weymouth in Stop Making Sense and just thinking she was the coolest person I’d ever seen. For me, it was her and David Bowie and Prince. I was like, these are the three coolest people I’ve probably ever seen perform. I just remember thinking, like, I don’t know how to get to that yet. But I know that that’s what I want to be. I think when I first started, I just was emulating her. And then I was exposed to the James Jamersons of the world and the Jaco Pastoriuses of the world and the Rick Dankos of the world. I look at my musical journey kind of like a weird treasure hunt. You take treasures from each artist as you were introduced to them. Throughout my career and throughout my journey playing music, I think that I’ve added and also subtracted. I went through a hardcore Rick Danko phase, but then I realized I don’t really like playing with a pick, so I’m just going to go back to playing with my fingers.

On Her Current Bass Influences 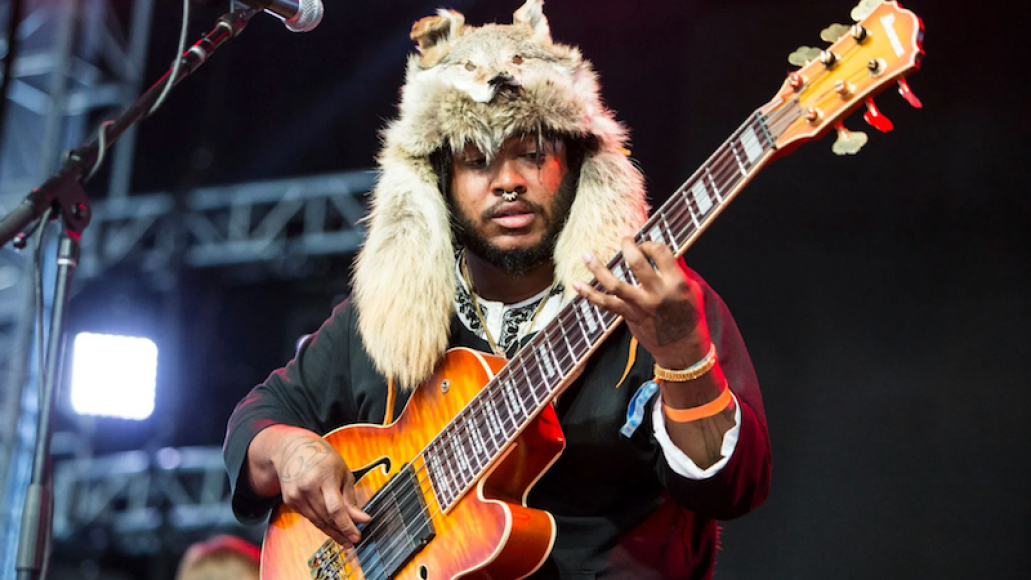 I look up to Thundercat. I think he’s the best fucking bass player I’ve ever seen in my entire life. I don’t know how he does what he does. Even talking about him I get tongue-tied, and when I’m around him, I just melt into an Alex Mack puddle. I’m obsessed with Kim Deal. And also, I don’t know how to say her last name, but her first name is Paz [Lenchantin].

On the Male-Dominated Guitar and Bass World

I think we grew up, for a multitude of reasons, not really feeling like we had a place. It feels like a boys club a lot of the time when it comes to rock instruments and “talking shop” with, like, “the boys.” It’s not just the people that work at, you know, “unsaid conglomerate” that sells guitars and basses and drums. I won’t name-check them. But it’s not just that. It’s just also growing up being around boys who just weren’t supportive. Granted, we were young. I was, like, 11 years old, and boys were telling me, “Girls don’t play rock music.” I think a lot of that comes from maybe their parents saying it, or maybe they’re not even really seeing it in the mainstream. As kids, you say weird shit. But it also stays with you, though. It doesn’t mean that it didn’t affect me growing up. It stuck with me. And it took a long time to kind of unlearn that and to be like, wait, why? Why can’t I be in a rock band and be just as good if not better than my male counterparts?

On How That World’s Changing

It’s tough because I do think that there is starting to be a little bit of a change. That said, conglomerate did reach out to us after we put out “Man from the Magazine” on Instagram and were like, “Teach us how we can be better.” Like, okay, sure. I think it’s kind of a two steps forward, three steps back-type thing sometimes. But I’m hopeful. I guess the only thing that I can do is just keep proving people wrong.

I think that learning how to play an instrument was such an enriching part of my upbringing. My dad made it a point … He worked really, really, really, really hard. Both my parents were middle class, but we would just get things from the Recycler. We would get things from when Craigslist was available. If there’s a will, there’s a way. I saved up all of my chore money to get my first bass that I bought on my own. If it’s something that you really are interested in, and it’s something that you think is the coolest thing ever, I say go do whatever you have to do to make your dreams come true. And never take no for an answer.

On Her Favorite WIMPIII Song to Play on Bass

Probably “3AM”. Yeah, that bassline was super fun to write and super fun to play. There’s an effect on it and I usually never play with effects. I like to rely on my left hand for everything. But it was cool to kind of try something different, and I really liked it in the end. And who knows? Maybe I’ll use more wah and fuzz on the next record. 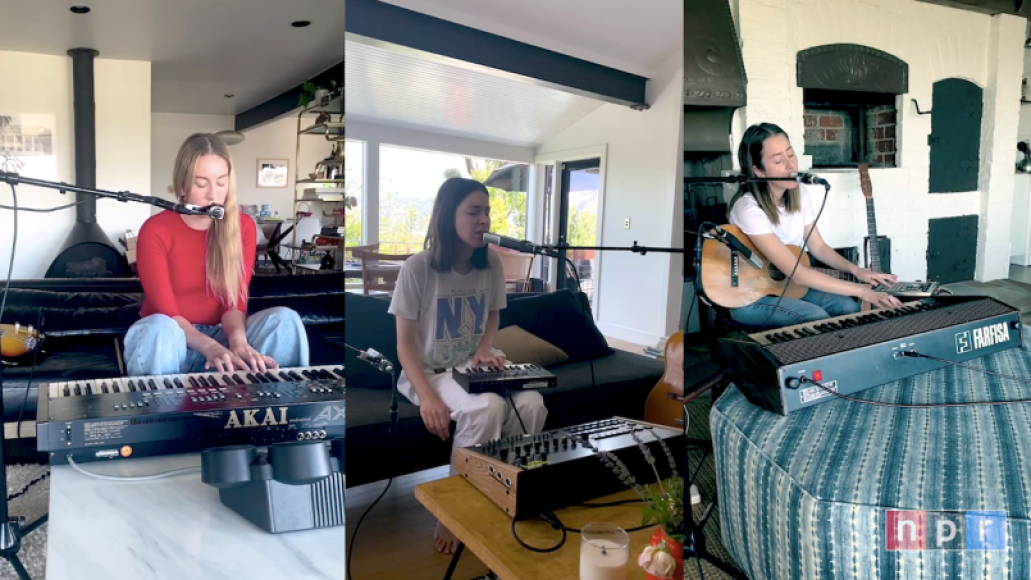 Now, I’m at the point where all I think about is touring. And all I think about is being outside and feeling the energy of an audience. It sucks not being able to tour. That’s really the only place where I find joy. It’s really just me, biding my time and almost counting down the days until we get the green light and we can go out on tour again. I think post-tour depression is very real. But I think now I’m experiencing pre-tour depression.

What’s Next for HAIM 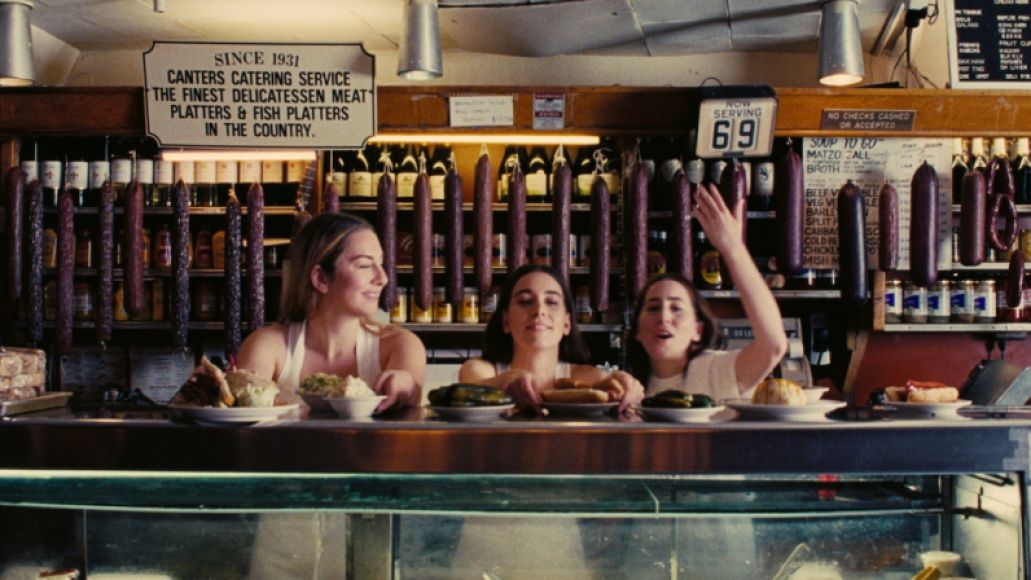 My sisters and I are continually trying to be creative and write songs and put ideas down. I think that we’re just really excited to tour. It’s a healthy smattering of just counting down the days for tour and then trying to still write and stay in touch with friends and still try to have your pulse on what’s happening in the lives of your loved ones. It’s hard to even say what we’re doing in the next week, because everything is changing so rapidly. All we’re trying to do is stay creative. I’m definitely just trying to stay healthy. I’m a Type 1 diabetic. It’s hard out here for a T1D sometimes. I’m just trying to stay mentally okay and keep my body healthy. Because health is wealth! 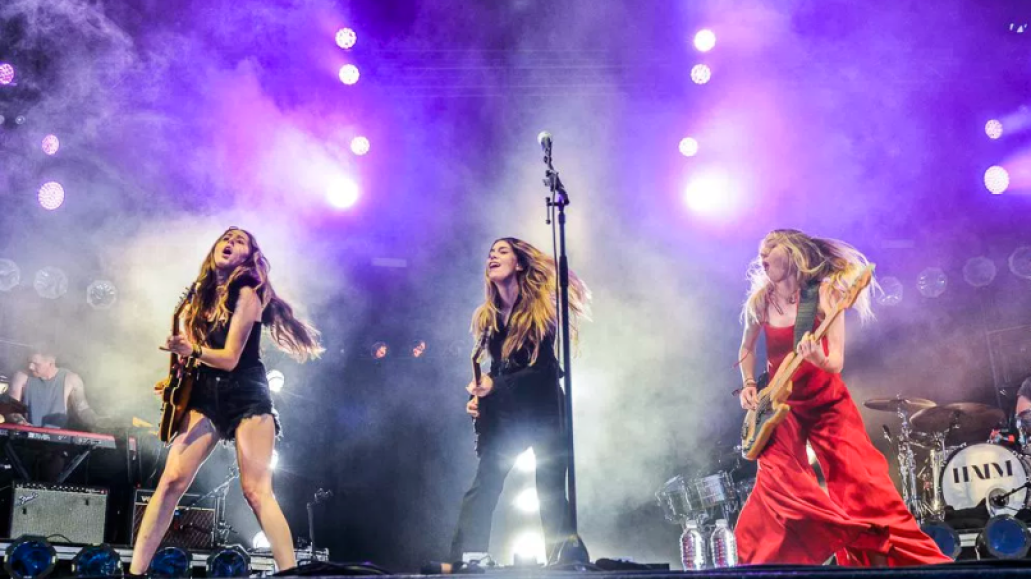 I feel like I’m gonna have a suit made of fireworks. I think that’s how I’m going to kick off the first show. I’m going to be emitting light and sparking things that are going to explode off of me. I read somewhere that Bruce Springsteen at the beginning of quarantine said, “Once we get the go ahead, I’m going to throw the biggest fucking party you’ve ever seen.” I was like, that’s very relatable, Bruce. I feel you. It’s gonna be a fucking party.

You go to concerts because you want to feel free, right? You want to just kind of stamp your timecard and clock out for a little bit. It’s not really possible to do when you’re in the middle of a global pandemic. I’m looking forward to when people aren’t  — and it’s not even anywhere in anyone’s subconscious — worrying about getting sick. Just being able to enjoy the show and truly live in the moment and have the best time and lose your fucking mind.