In our Track by Track feature, artists guide listeners through each track on their latest release. Here, King Gizzard and the Lizard Wizard let us in on the mysterious new album K.G.

King Gizzard and the Lizard Wizard continue to push heavy psych to the extreme, testing both themselves and listeners with a prolific output that veers from uptempo garage punk to the outer reaches of “rock” music as we know it. The Aussie rockers’ 16th studio album, K.G. (released November 20th), again sees them embracing their progressive leanings.

Like their prior dabblings in microtonality (2017’s Flying Microtonal Banana), K.G. employs microtonal tuning, more common to Turkish and Arabic music. Brittanica defines microtonal music as “tones in intervals that differ from the standard semitones (half steps) of a tuning system or scale.” Some have even predicted that microtones might be the future of music scales.

Math aside, such sounds can be disorienting for those who rarely encounter them in Western music, which only adds to its mystical effect. When combined with King Gizzard’s driving rhythms and hypnotic use of repetition, the results are addictive.

Fortunately, King Gizzard themselves are here to break down their new psych opus track by track exclusively for Consequence of Sound. Their answers help add some human context to these otherworldly compositions.

Stream the album and read the band’s track by track rundown below.

“Automation”:
This track stemmed from a two-piece jam with myself and Stu probably almost a year ago now. I was listening to a lot of desert blues and African rhythms at the time and I always try to slot them in wherever I can… I like to play… drums.. You will hear the exact same lyrics in the track of the same name on our recent demos album, which was a Rat’s Nest off-cut. Stu is really keen on robots and I’m pretty sure he’s an AI. Cheers — CAVS

“Minimum Brain Size”:
2020 has been a lot of things, but it has mainly kept us confined to our homes and more significantly, to our screens. It truly is a scary world, the online mind-hive. We live in the age of the comment section. Where Trolls have their own farms and little Incels run free. But just remember… it’s pathetic bro. — Joe Walker

“Straws in the Wind”:
This acoustic boogie came together around March this year. Stu hit me up to have a crack at writing some lyrics for it. It was one of the first song ideas for K.G. that came together. At the peak of the toilet paper crisis, it was so hard not to write a “Sign of the Times” at that point of complete chaos. I tried singing in a different register to what I’d normally with the intention in mind to match the impending doom I was hearing in the music. — Ambrose

“Some of Us”:
This one was written by Cookie but sung by Stu and was conceived in 2019 in a demo which later became a more fleshed out version of itself in the beginnings of K.G. once other contributions were made by band members remotely. Its lyrical content much like ‘Straws in the Wind’ is also observational of 2020’s chaos, but instead uses historical references in an attempt to relate current events which may seem apocalyptic as mere occurrences that have continuously peppered humanity’s journey thus far. It definitely has some nihilistic themes in it, but they’re ones of optimistic nihilism, as there’s always good times that come with the bad. — Cookie

“Ontology”:
Whenever I hear this track I want to start galloping around the room with a broom like Happy Gilmore! It has that immediate energy in the driving rhythm from the drums and percussion that propels you into such a triumphant instrumental chorus. With a cowboy hat nod to our second album, Eyes Like the Sky, “Ontology” flies off into the desert with a transcending shout that kicks against the pricks, “Be Free!.” — Ambrose 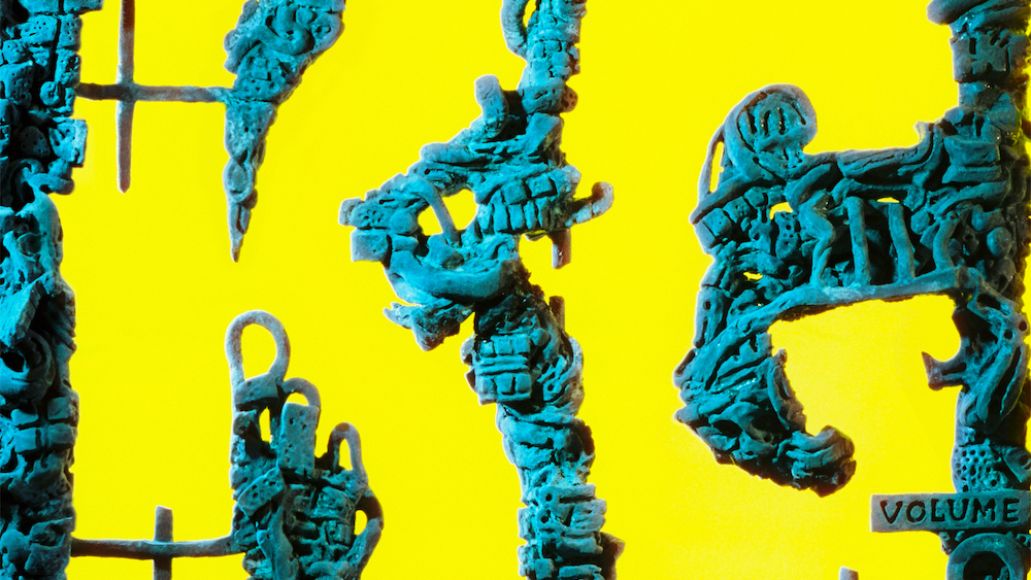 “Intrasport”:
My attempt at writing a Bollywood inspired, early 2000’s Housey-cum-RnB banger. It was definitely fun to experiment with the vibes found on this track. Britney… duet? 2021? It’d be a dream come true tbh. — Joe Walker

“Odd Life”:
We’ve always hit the ground running from the start. Everything moves pretty fast in the Gizzverse and touring has always been a massive part of it. 2020 put a stop to that, so this song turned into a nice reflection on all those fun times we’ve had over the years out on the road. We are so grateful for all these weird experiences and wouldn’t change a thing. Can’t wait to get back to it as soon as it’s safe to do so again! — Ambrose

“Honey”:
Written by Stu, “Honey” is one of the first songs we had for this record. Early iterations of the track were much more band oriented and meandering. But alas, the dreaded pandemic kept us confined to our respective dwellings and those versions didn’t make it past the demo stage. It is a true artifact of trying to make a record in lockdown and having to find ways around not being able to play in the same room together. — Joe Walker

“The Hungry Wolf of Fate”:
This track almost didn’t make the cut as there was concern that it sounded too Sabbathy… I’ve always wanted to use the “Schools Out for Summer” [sic] floor-tom roll in a song, so there it is… kinda. Not being able to jam as a band and record live meant that we were restricted to our home studios making this one quite tricky to record and capture the overall feel. But after many takes and iterations, this stoner doom number became one of my personal faves and will probably be a lot better live… I like to play. — CAVS

Our thanks to King Gizzard and the Lizard Wizard for providing us with an exclusive track-by-track of their new album. You can purchase K.G. here, and pick up the band’s new concert album, Live in San Francisco ’16, here.