In less than 36 hours, we’ll reach the end of the strangest, sickest, most contentious election season in modern American memory. Many people reading this will have already cast their vote for the next President of the United States; data from the US Elections Project indicates that more than 95 million Americans have taken advantage of early voting options this year, just one more way in which the COVID-19 pandemic has upended the traditional sprint to Election Day.

That said, there are still plenty of voters planning to cast ballots in person on Election Day (November 3rd). For those folks, we’ve put together a quick overview of where the two candidates for President stand on three major policy areas affecting the arts in 2020 and beyond: the economic impact of the pandemic on music venues and touring musicians, the continued fight to repeal or reform the Affordable Care Act, and the visa requirements for international artists looking to tour in the United States. When applicable, we consulted each candidate’s official policy platform; when that wasn’t possible (the Trump campaign, in particular, prefers touting first-term accomplishments over making second-term promises), we substituted in analysis from credible news sources.

Ending the Pandemic: The Return of Live Music

The biggest issue facing the music world in this election is the biggest issue facing the country at large: the continuing economic and public health fallout from the COVID-19 pandemic. As the ever-expanding announcements of canceled tours and delayed festivals on this site can attest, the pandemic pits the music world against existential threats unlike those seen by most other industries. This is especially true for the nation’s network of independent venues, as well as the performers who rely on those venues for tour revenue.

Since touring ended in March, the picture has only gotten grimmer. The National Independent Venue Association made headlines in early summer with polling that revealed up to 90% of independent music venues faced permanent closure in the face of lockdowns not paired with additional federal assistance. Such increased funding received bipartisan support from more than 160 Congresspeople in the House and Senate as the Save Our Stages Act during the summer and was eventually incorporated into the larger Heroes Act, which the House passed in early October. That stimulus push died when Donald Trump killed the talks via tweet, then backtracked with a counter-offer, then saw the bill sidelined by his party’s Senate majority leader, Mitch McConnell, until 2021. It remains unclear when and if a version of the Heroes Act will pass the Senate, and whether or not the provisions of the Save Our Stages Act will be a part of any final reconciled bill.

Even after his own bout with COVID-19, Trump’s second-term coronavirus priorities seem to refer to the still-raging pandemic as a thing of the past, with lifted state-level restrictions and forthcoming vaccines the key to an imminent return to normal; an Associated Press breakdown of Trump’s re-election bid list admits that “there’s no indication of any big policy shift” coming in the second term. Biden’s coronavirus plan combines increased economic stimulus with less politicized public health initiatives, including free and accessible testing and treatment, material and personnel support for increased surge capacity, and newly established loan programs reserved for small- and medium-sized businesses such as the venues in question.

Also of note: of the two campaigns, only Biden’s has signaled a specific commitment to supporting local venues; as a part of his campaign’s closing ad buys, he even secured the first officially licensed use of a Beastie Boys song in an advertisement to help support the cause. That ad was withdrawn after the owner of the featured club claimed he was doxed and harassed by conservative activists over claims that his status as an inheritance beneficiary and tech investor made his arguments hypocritical (the Trump campaign disputes this).

Like everyone, professional musicians need healthcare as part of their personal safety net. However, for working musicians, that healthcare hasn’t always been easy to come by. A 2013 survey by the nonprofit Future of Music Coalition showed that 43% of musicians lacked insurance, and of those without, 88% indicated that affordability was the biggest obstacle to obtaining coverage.

Enter the Affordable Care Act, which made keeping and accessing healthcare easier for Americans (musicians included) through a number of policy provisions. These include a ban on the use of pre-existing conditions to deny coverage, subsidies for lower-income enrollees (as well as a Medicaid expansion), the establishment of an insurance marketplace for individual non-employer-based plans, and rules allowing people under the age of 26 to remain on their parents’ insurance.

Since then, polling about musician enrollment in the ACA is harder to come by, but anecdotes from CoS favorites around the country reveal the opportunities afforded by the legislation. A Rolling Stone article written on the eve of Trump’s inauguration in 2017 found artists including Ex Hex’s Betsy Wright, Neutral Milk Hotel’s Julian Koster, and Drive-By Truckers’ Patterson Hood, and The Breeders’ Kelly Deal sharing stories of personal and familial health journeys made easier by the ACA’s provisions. They also shared a common fear: that Donald Trump would make good on Republicans’ years-long quest to repeal the legislation.

Four years later, that hasn’t happened yet, though it also hasn’t stopped Trump from continuing to undermine his predecessor’s signature accomplishment. An October article from the conservative Brookings Institution lays out a full list of the administration’s efforts to stymie the ACA’s effectiveness, from decreasing outreach to potential enrollees to making it easier for insurance companies to offer lower-quality plans. The biggest threat comes from the Supreme Court, where newly appointed Justice Amy Coney Barrett may now provide the deciding vote in efforts to overturn key provisions of the law. In terms of a replacement for the ACA, Trump and the Republican Party remains cagey; 10 years into Obamacare, no viable Republican-led replacement legislation has emerged. When asked for details on the plan in a recent townhall, Trump simply stated, “I have it all ready, and it’s a much better plan for you.”

For his part, Biden promises an expansion of the legislation that he once referred to as “a big fuckin’ deal.” His healthcare plan includes provisions for a Medicare-style public insurance option, increased tax credits for healthcare premiums, and expanded coverage offerings for low-income Americans. Analysis from the nonpartisan Committee for a Responsible Federal Budget suggests that these policies would “reduce out of pocket costs and premiums for most individuals and would extend health insurance coverage to between 15 and 20 million uninsured Americans.”

This week’s elections also have far-reaching consequences for musicians outside of America’s borders, especially when it comes to bringing their work to the United States via touring. International artists were some of the first affected by the new policies of the Trump administration. Trump’s travel bans of early 2017 kicked off an instant chilling effect on international touring efforts, one that began with high-profile cancellations at that year’s SXSW and continued with the administration’s “extreme vetting” policies, social media monitoring, and processing delays that tipped the scales in favor of American artists in the years to follow. Just this fall, in the midst of a pandemic that’s already ravaging the global music world, US Citizenship and Immigration Services increased artist visa fees by 50%, as well as further lengthening processing time and lowering caps on applications.

Much like musicians and healthcare, hard data on just how many artist visas have been denied during the Trump Administration is difficult to come by, but once again, the anecdotes are telling. Norway’s Vertavo String Quartet (see video above) was rumored to have been rejected because “there are too many string quartets in the US already.” It’s a process that talent bookers described to San Francisco’s KQED as “opaque, arbitrary and inconsistent,” one that “discourages much-needed cultural exchange at a time of anti-immigrant sentiment in the United States” and predominantly affects artists from developing nations. As musician and lawyer Matthew Covey put it to KQED:

“When you see consistently artists from the Global South, the Middle East, from Latin America, from Africa are the ones who are principally running into these problems, the easiest way for arts presenters to minimize that risk is to not book artists from those parts of the world. […] While it’s understandable, I think it’s tragic, because these are exactly the voices we need to be hearing in America culturally right now.”

There is little to indicate that a second term for the Trump Administration would lead to anything but immigration policies as harsh or harsher as those of the first term. Immigration hardliner and Trump Administration stalwart Stephen Miller recently revealed second-term goals that included, among other things, further expansion of the existing travel ban and further reduction of work visa opportunities. While Biden’s platform doesn’t specifically mention the O and P visas most used by international touring artists, it does devote time to dismantling some of the most extreme immigration measures that have affected touring musicians during the Trump Administration. Biden’s plan includes provisions for ending the travel ban currently in effect for some Muslim-majority countries, as well as making temporary work visas easier to obtain. 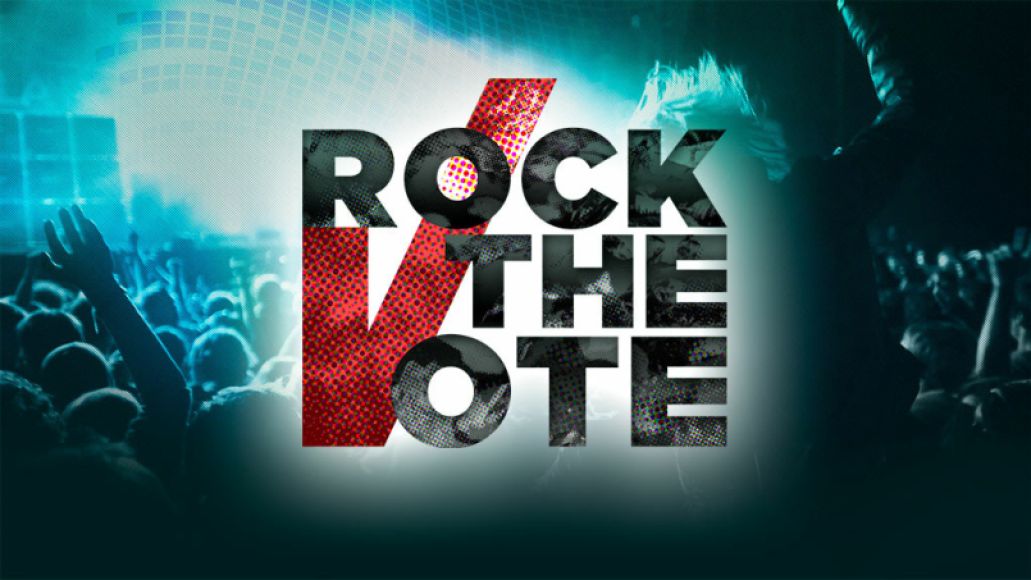 As with any political campaign, many of the promises and assurances made by both candidates won’t end up coming to pass or, if they do, will morph and alter as negotiations and challenges dictate. That said, when deciding between a vote for Donald Trump and a vote for Joe Biden from the perspective of a music fan, you should simply ask yourself these questions: would you rather things continue as they’ve gone for the last four years — independent music venues fighting to survive a mismanaged pandemic, artists fearful of losing their health coverage, and international performers increasingly barred from bringing their perspectives to American shores — or are you ready to turn things over to someone with plans to at least mitigate (if not completely repair) the damage done? If you chose the latter: now is the time to make your vote count. And if you chose the former? Enjoy your Ted Nugent records, I guess.