It’s been a strange year for the music industry. Case in point: we’re finally watching the 2020 Rock and Roll Hall of Fame inductions in November, it’s all being done remotely by tape, and there are no musical performances. Nothing about this is normal, of course, and fans will surely miss the who’s who of rock royalty that can usually be seen rubbing shoulders at the ceremony, not to mention the opportunity to see our heroes climb on stage together — sometimes for the first time in years — to accept hardware and even take a stab at performing our favorite songs. Obviously, the raging COVID-19 pandemic made a normal induction ceremony impossible, and those who produced or took part in Saturday’s telecast deserve credit for finding a way to safely honor the best of the music industry. 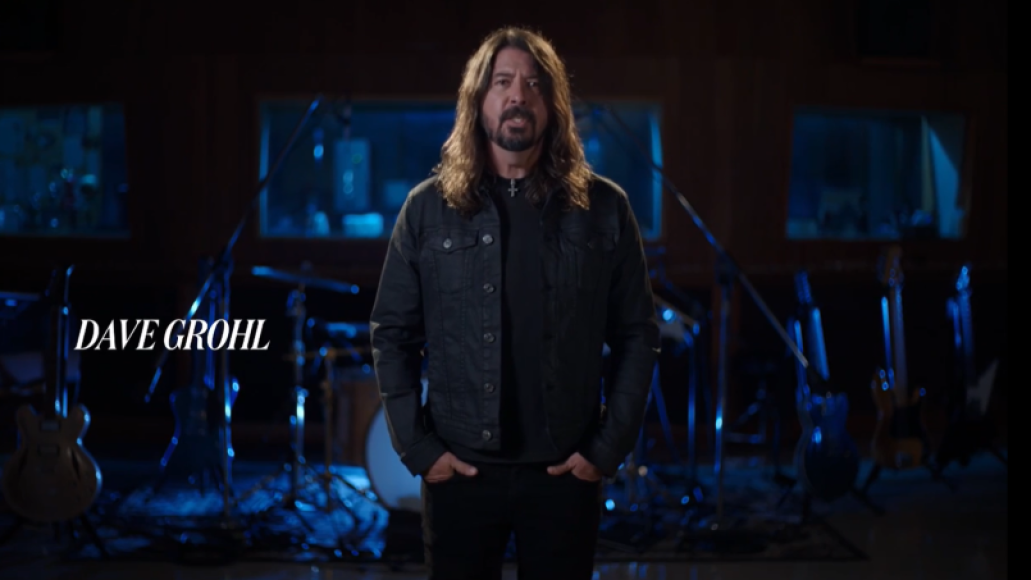 Dave Grohl, inducted in 2014 as a drummer in Nirvana, had the honor of opening the festivities and establishing the evening’s beat. The Foo Fighter explained that this would be a different sort of celebration — one focused on telling the stories of the night’s honorees — and called attention to the Hall’s growing effort to represent not only the genre of rock and roll, but its attitude and spirit and all the music that feeds into it, draws from it, and takes it to exciting new places. “The lives and music of this year’s class is the story of contemporary R&B and the story of hip-hop, the story of rock and soul and the story of glam rock, the story of electronic music and the story of brutal industrial rock,” Grohl reflected. “The artists are all very different, but they share one crucial virtue in common: the undying spirit of rock and roll.” 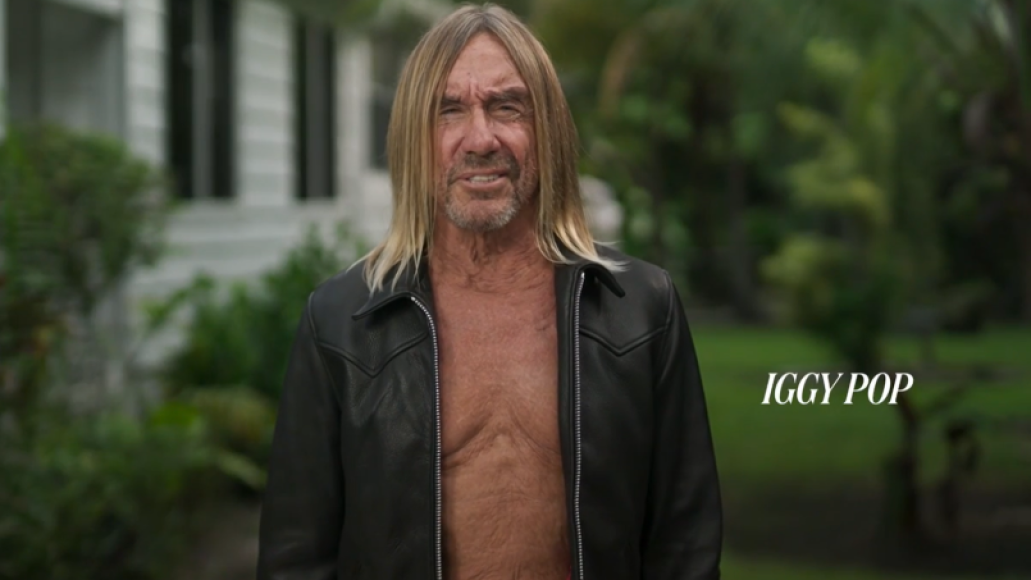 Like Grohl, the stars were still out, even if via pre-recorded messages, to champion that spirit and welcome as eclectic a Hall of Fame class as one could imagine on one bill. “Listening to Nine Inch Nails sounds like listening to the truth. It gets you a little bit closer to god,” proclaimed Iggy Pop before enshrining Trent Reznor’s ongoing industrial outfit. Luke Bryan spoke about The Doobie Brothers, Sean “Diddy” Combs fittingly paid tribute to The Notorious B.I.G., Ringo Starr honored Marc Bolen and T-Rex, and Alicia Keys movingly spoke about old friend Whitney Houston: “That everlasting voice is her final, generous gift to us. And she will now be one of the brightest lights ever to shine in the Rock and Roll Hall of Fame.” Maybe the most surprising inclusion was actress Charlize Theron, charged with inducting Depeche Mode and beautifully articulating how the band’s music “champions the outsider” and makes so many feel like “it’s okay to be different.” 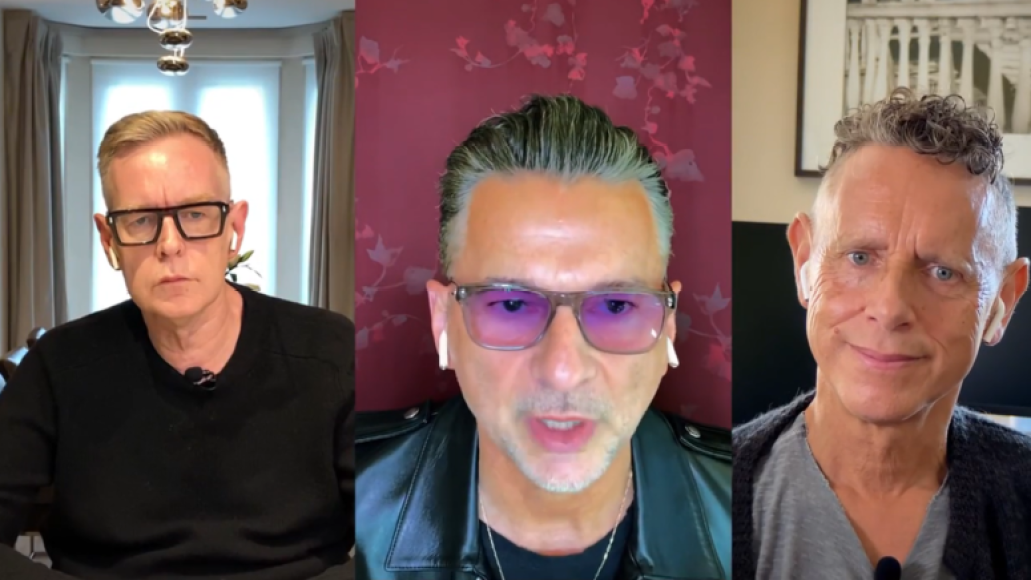 Depeche Mode Get Inducted into Rock and Roll Hall of Fame, photo via WarnerMedia

In these respects, the night wasn’t that unusual. Each chosen artist was inducted by a peer (who said a few taped words) and introduced by a Behind the Music-style feature (longer than usual), which included archive footage and talking-head interviews designed to show the uniqueness and impact of each artist. For instance, Miley Cyrus and St. Vincent both chimed in on how Nine Inch Nails’ music, in Cyrus’ words, could “erase loneliness.” Likewise, Coldplay’s Chris Martin echoed Theron’s thoughts about Depeche Mode’s music making it easier for “lost souls to feel a bit more found.” Bruce Springsteen appeared to honor manager Jon Landau, and Don Henley teased old friend and entertainment executive Irving Azoff (“It won’t be the first time they induct someone into the Hall of Fame who can’t sing or play an instrument”), each of whom received the Ahmet Ertegun Award for contributions to the music industry. While neither Landau or Azoff could boast rock star credentials, their love for music and wild lives spent pursuing those passions fit right in with Grohl’s theme of sharing stories true to the rock and roll spirit.

Trent Reznor on Nine Inch Nails’ Rock & Roll Hall of Fame Induction: “The Journey Is Far from Over”

The acceptance speeches themselves, also done remotely, were also a highlight. Depeche Mode’s Dave Gahan, Andrew Fletcher, and Martin Gore charmingly goofed about together like schoolmates in a moment that clearly meant a lot to them. Trent Reznor chose to instead look to the future and promise to see fans “in the flesh” as soon as possible. It was also touching to see Biggie’s adult children, T’Yanna and CJ Wallace, accept on behalf of their late father, as did Bolen’s son, Rolan Bolen. Indeed, it was bittersweet that so many of the night’s recipients couldn’t be there to accept their awards, not due to pandemic issues or schedule conflicts but because their lives were cut so devastatingly short. The poise of their families and friends, however, made it easier to focus on the positive. Houston’s mother, singer Cissy Houston, spoke about choosing happiness over tears, and legendary guitarists Slash, Kirk Hammett, and Tom Morello reminded us of why the life and talent of recently departed guitar god Eddie Van Halen calls for celebration even in the midst of tremendous grief. 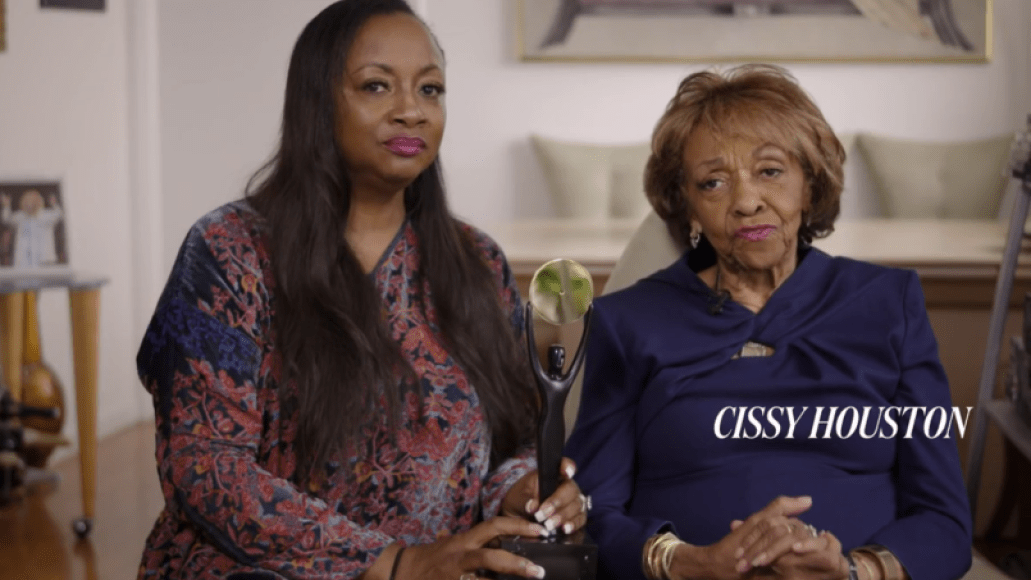 Nothing about 2020 will go down in the books as normal, and we can only hope that next year’s Hall of Fame inductions look nothing like this year’s. Still, while we might miss so many things that we once took for granted — the ability to see our heroes perform on stage or even the luxury of feeling safe and united in a crowd or audience again — the words, images, and stories shared on this night should remind us of two important things: music will be waiting for us when all of this is over … and its spirit, solidarity, and succor have our backs (and our ears) in the meantime.

If you missed it, you can replay this year’s induction ceremony on HBO Max.

Editor’s Note: Consequence of Sound is donating a portion of all proceeds from our online store to independent musicians impacted by the pandemic. Grab a T-shirt, hoodie, or face mask!