Run the Jewels have shared a new song called “No Save Point” that’s part of the upcoming video game Cyberpunk 2077. It’s the hip-hop duo’s first release since their stellar RTJ4 album from June.

Today’s release arrives almost a year after RTJ were initially confirmed for the soundtrack of the highly-anticipated open-world RPG. Like something of a teaser for the game itself, “No Save Point” finds Killer Mike and El-P rapping about neon gods and cyber arms — the sort of sci-fi lingo that Cyberpunk 2077 is steeped in.

All video game stuff aside, though, the song stands tall as a classic RTJ banger all its own, with the two MCs finding their signature middle-ground between tough and fun over El-P’s cinematic production. Stream “No Save Point” down below and also check out its corresponding video, which debuted during the Adult Swim Festival on Friday, November 13th. Directed by Mike Diva, it features the rappers as characters Yankee & the Brave. You’ll also want to look out for Yankee & the Brave in the game itself.

Real heads will know that this isn’t RTJ’s first stint in the world of gaming. The two MCs were playable characters in Gears of War 4, their iconic logo appeared on jersey uniforms in FIFA ’18, and their music has been included in roughly a dozen other games.

Song of the Week: Run the Jewels’ “walking in the snow” Proves Tragically Prophetic

RTJ are by no means the only musical act to have a spot in Cyberpunk 2077. Last year, Grimes contributed her song “4ÆM” to the score, and it was also revealed that Keanu Reeves will star as the lead singer of an in-game band called SAMURAI, whose music is brought to life by Refused. The game is also set to feature sounds from ASAP Rocky, Gazelle Twin, Ilan Rubin, Richard Devine, Nina Kraviz, Deadly Hunta, Rat Boy, and Tina Guo.

The game’s developer, CD Projekt, first announced Cyberpunk 2077 all the way back in 2012 (!), but the project’s rollout has since been nothing but tumultuous. After debuting a demo of the gameplay at E3 2018, it was set for release on April 16th of this year, but then pushed back to September 17th, then November 19th, and now most recently December 10th. However, as IGN reported earlier this week, there are rumors floating around that the game might get delayed yet again. You can pre-order a copy here.

“No Save Point” Artwork: 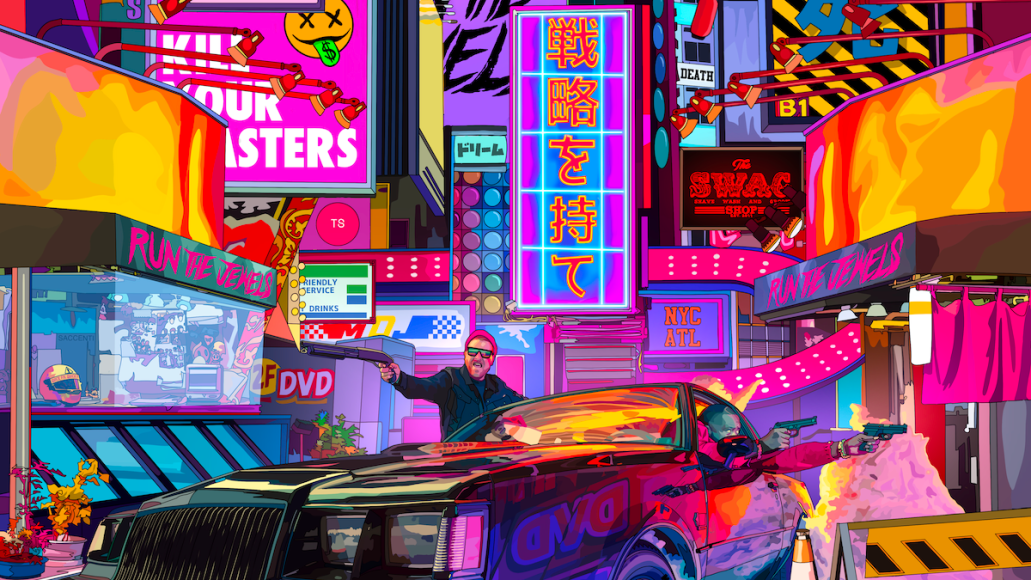 Run the Jewels Return with New Song "No Save Point": Stream