Trapt have officially been canceled … by Facebook, at least. Frontman Chris Taylor Brown has been spewing far-right venom all year, and one of his latest posts got the rock band booted off the ubiquitous social media platform.

The violation came in the form of a graphic showing the silhouette of a Proud Boy holding Lady Liberty, with the words, “Don’t Worry Girl, We Got You.” Brown also added the Proud Boys saying “PYOB (Proud of You, Boy)” to the post.

“For posting this pic … Facebook has completely deleted the TRAPT FB account,” exclaimed Brown on Trapt’s Twitter account. “They said don’t use the phrase ‘Proud Boys.’ I specifically told FB trapt fans that I could not say the name. I will be suing Facebook.”

Brown’s acknowledgement of the Facebook deletion came after several people who had reported the band for “hate speech” shared screengrabs of a response from Facebook that read, “Thanks for taking the time to report something you feel may go against the Facebook Community Standards. We removed Trapt’s profile from Facebook.”

Trapt’s removal from Facebook comes a few weeks after the band invited the Proud Boys to their next Dallas concert, after a venue in the city canceled one of their gigs after allegedly receiving complaints about the band’s sociopolitical views.

While Proud Boys have been designated by U.S. intelligence officials as a “dangerous white supremacist group”, Brown argued in another Tweet, “Proud Boys are a defensive group. Those boys were out there to protect those who want to protest without being attacked.”

The Singer From Trapt Has Gone Full MAGA

Brown has been an ardent supporter of the Trump administration, calling for the firing of Dr. Anthony Fauci, questioning the election results, and going full MAGA on a number of different issues. He also berated Black people for calling for social justice, saying it’s “been over 50 years since the Civil rights act was passed! Move the f**k on and knock that damn chip of your shoulder.”

Brown’s Tweet, as well as a screengrab from a Facebook user (via MetalSucks) showing the acknowledgment of deletion of the band’s account, can be seen below.

For posting this pic and saying the same thing in the post, Facebook has completely deleted the TRAPT FB account. They said don’t use the phrase “Proud Boys.” I specifically told FB trapt fans that I could not say the name. I will be suing Facebook. Was also a post about Parler https://t.co/JAyEhIPuKf

We need to have a talk about why you lie so much. Proud Boys are a defensive group. Those boys were out there to protect those who want to protest without being attacked. You are a moron @lukeobrien when you point out only one side is violent. We can all be violent sometimes… https://t.co/PIAPWE4W0i 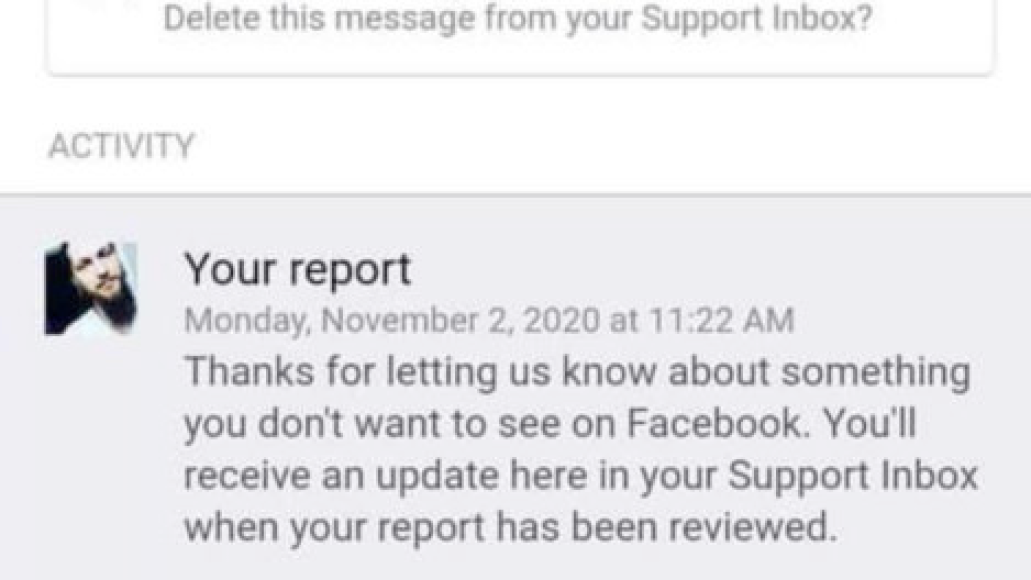