The Pitch: Twenty-two years after their last escape from the Warner Brothers water tower on the Burbank studio lot, Yakko, Wakko and Dot are back for more slapstick comedy, more hijinks, more political commentary, more pop culture dissections, and more absurdity. Also returning to the fold is executive producer Steven Spielberg, Pinky and the Brain, and a slew of new songs. Give or take some updated animation and the Animaniacs are certainly breaking into 2020.

The Heart and Soul is Back: Straight from the get go, Animaniacs ensures that fans of the original feel at home, namely because Spielberg insisted on this being a true family reunion. Jess Harnell, Tress MacNeille, Rob Paulsen, and the great Maurice LaMarche are all back behind the mic; Julie and Steven Bernstein return as the composers, having both worked on the original run under the show’s first composers, Richard Stone and Randy Rogel; and even Spielberg stuck around well into storyboarding to ensure the show retained the feel of the ’90s run. So, yes, everything looks and feels like Animaniacs, only prettier, glossier, and shinier.

The show also manages to retain the same humor that made the original such a draw. While it’s still aimed at being mostly a children’s show, every episode and skit is littered with adult humor — from taking jabs at American politics and/or celebrity worship to all the deep cut references involving obscure artists or very decade-specific world history. Each segment and pop culture breakdown is filled with wordplay, puns, and visual gags that make the show appeal to almost anyone on a different kind of level. 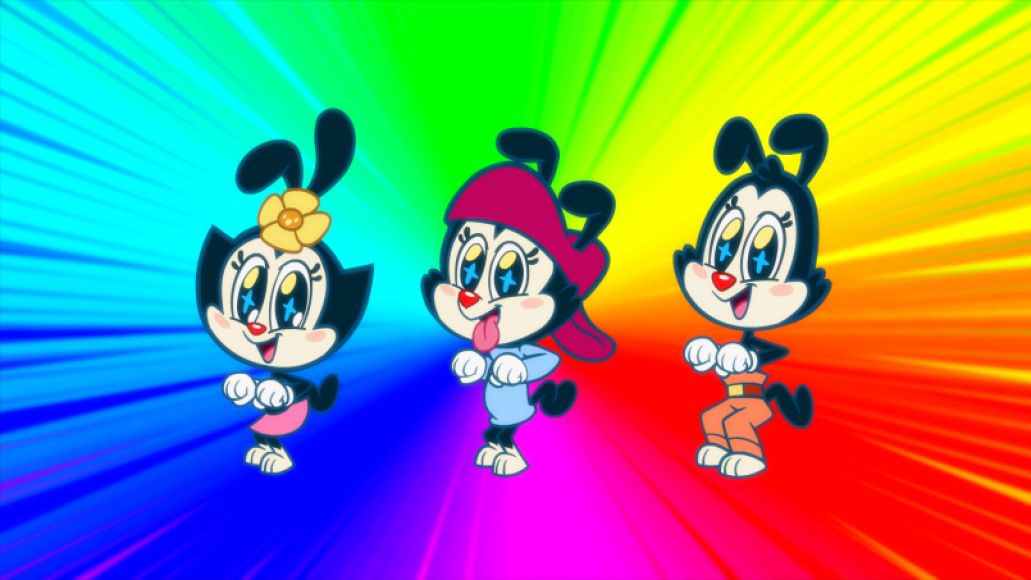 Of course, the musical pieces, as always, are the standouts and the two greatest  — at least, among the five episodes given to the press — both appear in the first episode. There’s one with the Warners getting updated on what’s happened in the world since their absence (the not-so-subtle comments about Trump here are gloriously bold given the target audience), while another number shames Hollywood for its endless onslaught of reboots that doubles as a delightfully meta poke at the Animaniacs themselves.

Without pause, the series makes it clear that anyone is fair game for ridicule.

22 Years Is A Long Time: Some of the material admittedly seems … off. Much of this disconnect stems from the fact that the show’s direct descendants — your SpongeBobs, your Adventure Times, your Rick and Mortys — have since gone on to elevate the medium in far more groundbreaking ways. It also doesn’t help that these episodes were written two years ago, and while, to their credit, they’re clever enough to address this, it doesn’t change the fact that much of the humor feels, well, dated. 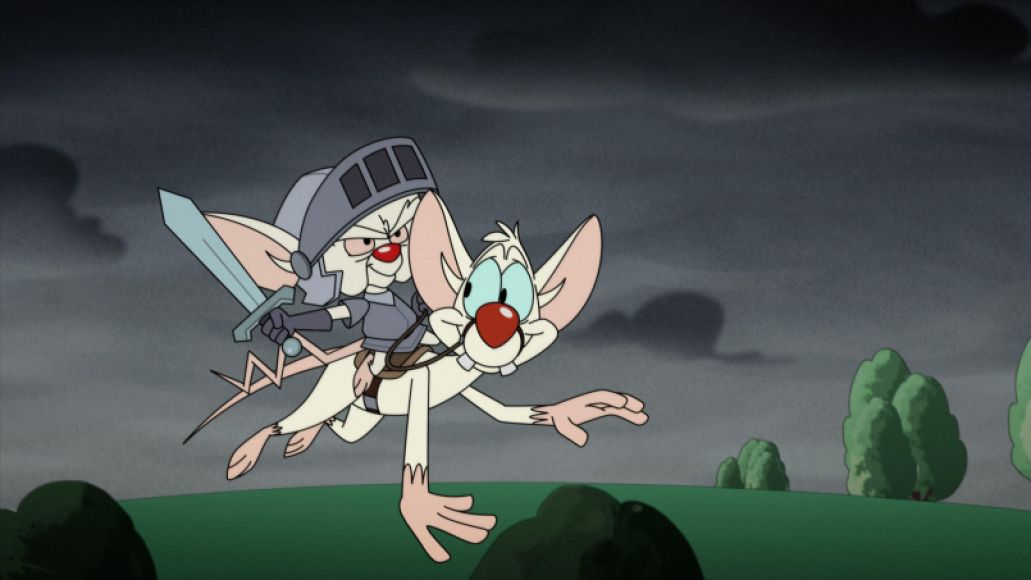 Another misstep is taking out the other side characters from the series. There’s no Mindy, no Buttons, no Slappy, not even the Goodfeathers. Not that we need everyone to return, but it probably wouldn’t seem so noticeable if the new characters weren’t so generic and lackluster. Instead, the new creations end up feeling like filler, which only exacerbates the feeling that the extended runtime is a tad gluttonous and unnecessary. Because of this, many skits do drag past their welcome.

What’s Streaming on Hulu in November 2020

Ranking: Every Steven Spielberg Movie from Worst to Best

The Verdict: Even so, this reboot of the Animaniacs is still a ton of fun. While it stumbles at times and doesn’t quite capture the magic of the original, there is enough wit to remind fans of the heyday of Saturday morning cartoons. What’s more, it’s refreshing to see artists both familiar and new flex their creative muscles occasionally. (Two very different anime-inspired moments are highlights.) Overall, Animaniacs remains a rapid-fire laugh machine that’s sure to have a smile slapped on your face the whole way through — and most certainly your kids.

Where’s It Streaming? The Animaniacs are waiting for you over on Hulu.