From 1976 until just quite recently, there was nothing funny about the Weatherization Assistance Program. But for this year’s National Weatherization Day on October 30th, those initials “WAP” got Ryan Clancy’s juices flowing. The Milwaukee County Supervisor promoted the program on his personal Facebook page with an image of Cardi B and Megan Thee Stallion. The image contained the words “Weatherization Assistance Program” and the parodic lyrics, “There’s some holes in this house!” That meme, along with a press release describing W.A.P.’s benefits, caused a public backlash. Now, at the bequest of the weatherization staff, Clancy has issued an apology.

The news was first reported by the Milwaukee Journal Sentinel. With all the grace of Old Media, it described “WAP” as “a song so vivid and explicit in its description of female sexual fantasies that we can’t even explain the title.” Well, dear reader, it means “Wet Ass Pussy”, and the chart-topping single provides a tidal wave of punchlines, double-entendres, and frankly sexual descriptions that are better classified as single-entendres. Bedroom songwriting is nothing new, but where hundreds of male rappers have warranted hardly a batted eyebrow, these two ladies caused a capital-c Controversy. Much of the response has been frankly sexist, but in the battle between rappers and puritans, hip-hop remains undefeated. Cardi and Megan harnessed that overwrought outrage into a wet-ass number-one hit.

Clancy hoped the single’s popularity would bring attention to an underutilized initiative. Since 1976, the Weatherization Assistance Program has used Department of Energy funds to help low-income households reduce their energy bills. It supports thousands of jobs, improves the lives and property values of struggling citizens, and helps reduce the country’s carbon footprint. If you have some holes in your house, Clancy wanted you to know that you should check out their website.

His meme caused the weatherization program to field a burdensome number of complaints, which Clancy acknowledged in his apology. He wrote,

“my original sharing of this press release contained an image which did not accompany the original text. My embellishment of that press release was meant to draw attention to both this excellent program and to a song which has at its core a message about empowerment, reclaiming and destigmatization. It landed badly. I’m deeply sorry that this added burdens of time and emotion to the exceptional staff that run this program, and I hope that nobody has mistaken my conduct for theirs.”

From his Facebook post, the chief complaint seems to be the same as always: that Cardi B and Megan are too dang sexy. The Journal Sentinel also noted comments such as, “White male politician… using sexualized Black women’s bodies to get attention.” However, it’s worth noting that this complaint came from a white person offended on Black women’s behalf.

Others expressed support. One person said, “Ryan I as a Black woman found this to be witty and awesome. I’m sorry that boomer Whyte ladies thought it best to tell you how to market a program that benefits all! It’s a cool program, and a Milwaukee County Supervisor thought he had a a cool way to promote it.”  Another woman wrote, “As a retired hoe who lives with holes in my house I think this is witty and on trend.”

As a politician, weatherization has not been Clancy’s chief concern.. Recently, he’s been leading a crusade to defund the Milwaukee County Sheriff’s office by denying them overtime and using their overtime money to fund parks, senior centers, and mental health services.

Many high-profile figures had freak outs over the song “WAP”, including horny-on-main Congressional candidate James P. Bradley and sexually repressed Fox anchor Tucker Carlson. Cardi B and Megan are laughing all the way to the bank, and Cardi recently announced a waterproof line of “WAP” merch. 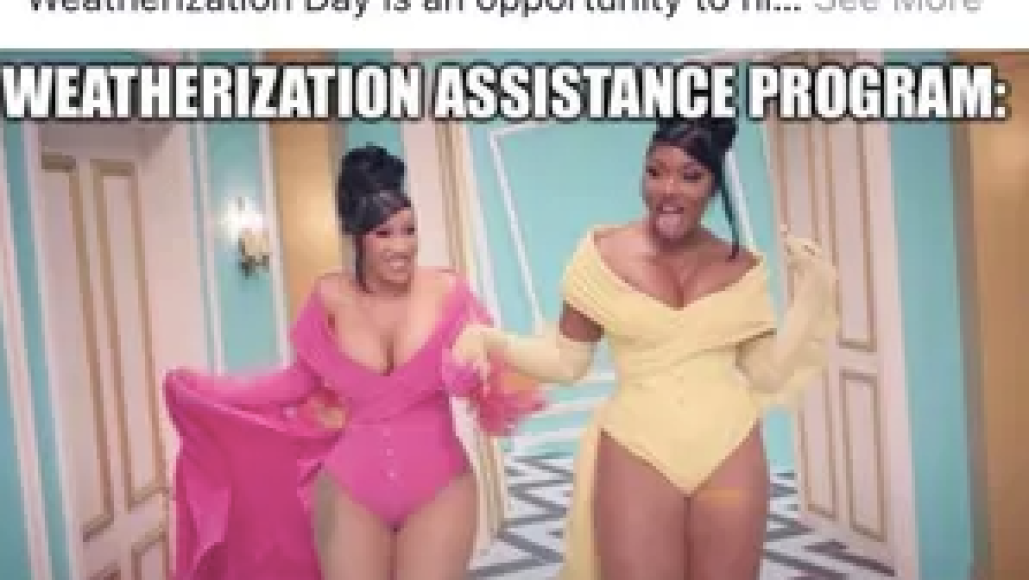