The Lowdown: In 2020, Detroit rapper Boldy James has been as prolific as the Bad Boy Pistons were in the late ’80s. Like the Pistons, he has two championship rings. Unlike the Pistons, he isn’t getting swept off the floor anytime soon. In February, he dropped The Price of Tea in China with legendary boom bap producer The Alchemist to critical acclaim. It’s simultaneously a workmanlike record and one that showcases how cold Boldy’s flow is. On that record, Boldy’s in control like a substitute teacher who is more stern than the actual teacher. Every time he raps, it’s like turning a page in his book. The Price of Tea… sounded like it came from the Detroit underworld, the type of streets that CNN refuses to show you. Detroit, a once innovative industrial city, has been ravaged by the evils of capitalism, creating cataclysmic levels of pain and tribalism. Detroit vs. Everybody isn’t just a corny slogan: It is rooted in fact. You can see it with the local sports teams; you can see it in the city’s hip-hop scene, which is aggressive, loud, and has lines that make you do a double take; and you can definitely see it in Boldy’s raps: cold and precise.

In July, Boldy dropped Manger on McNichols, arguably the best of his albums thus far. Where Price of Tea… is classic- and clean-cut-sounding, McNichols has a rough edge to it. It’s barking in your ear as if every song has static interfering with the broadcast. Boldy gets even more personal than he did on Price of Tea…, too. “Mommy Dearest” is one of the best songs of the year, with Boldy painfully recollecting a complicated relationship with his mom that led him to be on the block and dedicate his life to the Pyrex glass. In August, he dropped The Versace Tape on the equally prolific Griselda label. It’s a step down from his previous two releases primarily due to Jay Versace’s inconsistent production. It works sometimes but too often feels like an impression of other great producers. Boldy is back, though, with Real Bad Boldy, a collab with producer Real Bad Man. Stove God Cooks and Mayhem Lauren assist with some solid guest features, but Boldy sets the pace with his trademark casual cadence.

The Good: Boldy James understands how to feed listeners an idea in multiple ways. He can be direct, but he can also speak in code. This time, he is armed with the most athletic beats he has rapped on this year. Not that darker and slower beats didn’t fit him well; they did, but Real Bad Boldy showcases his ability to switch flows on a dime without telegraphing what’s coming. Boldy sounds like a maestro on “Light Bill”. Armed with a beat that keeps stopping and going like we’re back at an underground rap battle, he keeps upping the ante with every bar: “Chain heavy as my bag, quarter brick a glass/ Quick to burn the turnpike with a brick and half.”

His subject matter never really changes. It’s mostly about cooking, selling, and moving dope, but if Boldy can’t come up with a million different ways to talk about being on the streets, then Hell must’ve froze over. You can’t just ride with dope in the trunk; you have to follow that cab in front of you because it might have some dope in there, too. It isn’t enough that the Pyrex glass is in front of him; he has to “belly flop” it as well. Mayhem Lauren shows up and delivers a passionate sermon about still being ready for war, reconnecting with friends, and being aware of the predators that come out at night. ‘’Street Shit’’ gives you the type of details that will give you nightmares. This isn’t an HBO show, no matter how realistic The Wire actually was. This is Boldy’s life. He has seen what junkies will do for a clean hit. His scope isn’t just braggadocio bars about how much dope he’s sold, but how that has affected him and his community.

The Bad: James knows his strengths and isn’t taking any drastic chances here, nor should he. The biggest myth about rappers is that they have to cross genres to be considered great artists. In reality, hip-hop is as limitless as any other genre. Boldy remains a great artist because nobody on the planet not named Gibbs and Drakeo can bring the marksman precision and controlled chaos that he does to a record. He doesn’t need to drop a jazz album for that to be true. The only drawback here is that Real Bad lacks the same caliber of features that Price of Tea… boasts. Although the Mayhem Lauren and Stove God Cooks features are good, I wish that we had a Freddie Gibbs or Benny the Butcher feature on here. It would make it more of an event album than Boldy wants to make it, but those albums are what we live for as rap fans. It’s a minor, perhaps selfish, strike against an otherwise on-point record.

The Verdict: This is a dope record about moving dope. Coke rap detractors will tell you that there is no range in the genre, but they ignore how, despite the same subject matter, every song on a record like Real Bad Boldy feels organic and builds off the next song. On one song, Boldy will say that he will sell anything he gets his hand on. On “Little Vicious’”, with beats that literally sound like money, he says his only nightmare is an indictment by the enemy. Boldy’s coke raps are rap in its purest form: direct, coded, and understated. You know exactly what you are going to get with him, and that’s a good thing during these wildly uncertain times. The Detroit streets are as cold as ever, but they created Boldy James: a real bad man.

Pick up a copy of Real Bad Boldy here… 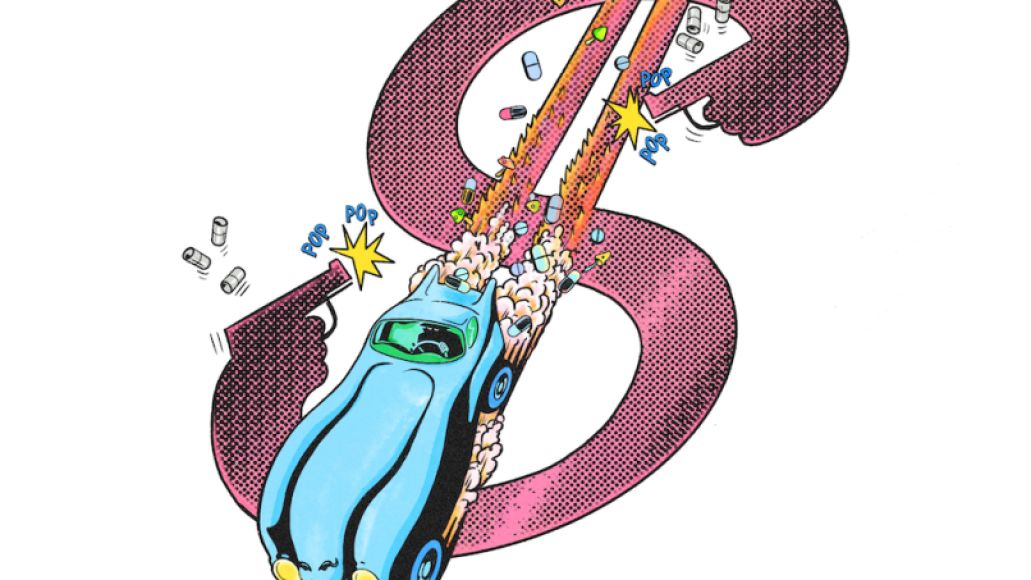