The Lowdown: Since 2016’s A Good Night in the Ghetto and her inclusion in the coveted 2017 XXL Freshman Class, Kamaiyah has been one of rap’s most consistent and exciting players. The Oakland-born and -raised rapper has hyphy written all over her music as part of the Bay Area’s highly influential scene, one that has birthed some of the most iconic gangster rap and party anthems. Kamaiyah exists in between the “hard” and the hyphy, taking the infectious, cocky grooves of Mac Dre and Too $hort into a new age for a wider audience without yielding to current trends. After departing from Interscope Records due to release disputes, the Bay Area star used 2020 to release multiple projects, No Explanations being the third. Despite a quiet release, due in part to the end of the year lull, Kamaiyah remains as fired up as ever.

The Good: Utilizing her distinct, effortless, sing-song delivery that tiptoes between song and statement, Kamaiyah is dependable. Each lyric can go from Instagram caption to drunken scream at the club on a warm pre-COVID night. She has taken a lot from the Bay Area godfathers who perfected the skill of making every line its own hook, and her hypnotic delivery pimp-walks across beats laden with sparkly keyboard crescendos and percussion evocative of a bored afternoon freestyling on detention desks.

Kamaiyah has finally found her balance between the touching vulnerability she gave glimpses of on 2017’s Before I Wake and the guarded tough talk that she constantly reiterates. “Never sendin’ out my addy, I don’t like y’all/ I got trust issues, fuck the hype dog,” she says on “Go Crazy”, an exercise in self-preservation, followed by reflections of her deceased friends. With her newfound freedom from the clutches of her previous label situation comes the revelations of trust and how far should it go. No Explanations is full of references to frauds and demons, and it’s this emotional depth wading above the thumping bass that make Kamaiyah continue to be exciting.

Part of Kamaiyah’s intriguing trajectory includes how she makes space for this intimacy in revealing who she keeps far away and who she allows into her life. Whether it’s her proclaiming that she “deserves Cha-naynay and Birkin” on “Scared to Lose” or asserting her royalty on “Still I Rise”, it’s this unabashed joy and pride both in her craft and her womanhood that feel even more authentic than before. It is Kamaiyah at her most autonomous, and that deserves to be celebrated.

The Bad: Despite the recurring themes of seeking success, self-assuredness, and trust that prevail across her music, Kamaiyah truly illuminates when she allows herself to open up beyond the repetitive nature of navigating through a cutthroat industry. The constant reminders that she cannot trust anyone and just wants to get the money and recognition she deserves is a formula that has worked for her and does just fine on its own. However, more contextualization to her pain, distrust, and even happiness is largely missing. “Momma Said” opens with the simple, powerful line: “Momma said, ‘Don’t be afraid to get your hands dirty.’” It’s refreshing, insightful, and gives more color to the already vibrant world that Kamaiyah dances us through. It’s okay to color outside the lines and to have a more nuanced experience outside of the careful portrait she has painted of her beloved Bay Area home. It’s an added dimension we’ll be looking for much more of in the future.

The Verdict: Kamaiyah is one in a million in that she is able to hold steadfast to her sound, aesthetic, and ideas without sounding stale. She refuses to reinvent the wheel, instead building a bridge between loving homage to her roots and a knack for multifaceted storytelling that works from party to bedroom to isolation. As she stretches her legs out after a year of telling her story on her own terms, Kamaiyah is ready to open her heart a bit more without fear.

Pick up a copy of No Explanations here… 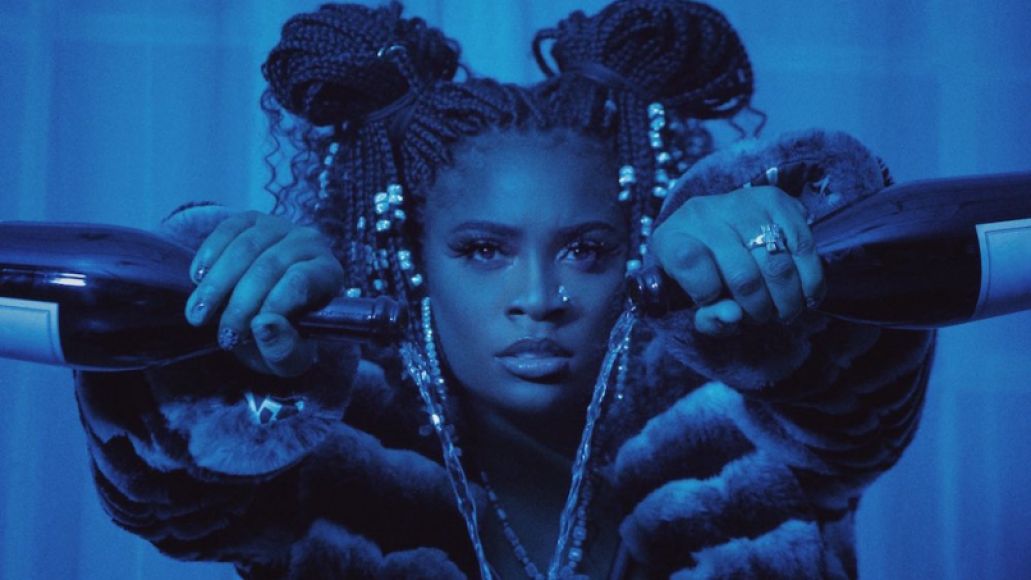 Kamaiyah Opens Up on Her Own Terms with No Explanations: Review