The Lowdown: Rico Nasty has always been a powerhouse, existing on the edge of Soundcloud rap in the mid-2010s while still finishing high school. Her infectious, aggressive-yet-bubbly style made waves on the Internet early on, attracting the attention of Lil Yachty in 2016 to remix her song “Hey Arnold” and being featured in the hit HBO series insecure in 2017. Combining her eclectic fashion sense with spitfire raps that effortlessly bounce between sex and violence makes her one of the biggest pieces in the growing mosaic of this new era of female rappers.

Her long-awaited debut album, Nightmare Vacation, takes a fine-tooth comb through the style that has made her one of the most influential rappers of the past few years. With seven mixtapes under her belt, Rico sounds like a seasoned veteran and expands her rap repertoire rather than succumbing to the politics of covering all the bases on a debut.

The Good: Rico has used her mixtapes over the years to explore every crevice of sound she could find, some of it better than others. 2019’s mixtape, Anger Management, was daring, but ultimately forgettable despite tapping into nu-metal and punk influences. Nightmare Vacation feels like a happy medium of those elements with her signature “sugar trap” style, which feels more natural and comfortable for the powerhouse.

Album opener “Candy” is one of the more minimalist tracks on the project for good reason, serving as a thesis for who Rico is, how she’s grown, and where she fits in this changing musical landscape. Lyrics like “They treat my style like a family-size meal, they just sit around and bite/ I used to live with the roaches, now my neighbors either dumb rich or damn white” set the tone for a rollercoaster of an album that shows Rico at her most clever and self-aware.

Rico’s chemistry with her collaborators is something to behold as well, using these tracks as an opportunity to break into other styles. Standout “Back & Forth” features Aminé serving as the masculine contrast to Rico’s sexual braggadocio. Rico’s deceptively innocent and cute voice saying things like “You got a smart mouth, I’ma put my kitty in it” is a refreshing break from her more abrasive style. Even in 100 gecs-produced “Pussy Poppin”, the rap rocker admits, “I don’t really talk like this, I know,” in regards to daydreaming about a well-endowed partner. This carefree, sensual, giddy Rico is a surprising and welcome change, with some main critiques of past projects being the repetitiveness of her signature scream-rap.

That’s not to say her trademark doesn’t work, and the smart decision to include a remixed version of her breakout hit, “Smack a Bitch”, is exciting. The remix features the likes of Rubi Rose’s husky and sultry delivery, Sukihana’s uninhibited charisma, and ppcocaine’s obvious loving imitation of Rico herself. It’s the closest thing to world peace we’ve had all year.

Dylan Brady’s (of 100 gecs) contributions to Nightmare Vacation are the brightest moments on the album, and previously released single “IPHONE” sounds even more exciting in context of the record. Brady’s ability to challenge Rico’s abilities in a kaleidoscopic musical maze has her pushing her own boundaries outside of what she’s known for. The wide range of producers from all different musical backgrounds prove she’s a musical chameleon far beyond what she has shown us so far.

The Bad: A few lows peek out among the many highlights here but manage not to detract much from the album overall. Still, “Don’t Like Me”, which features Don Toliver and the legend Gucci Mane himself, is such an underwhelming track after something as powerful as the album’s opener, “Candy”. It doesn’t satisfy the energy that the album was setting it up for, and Rico’s crooning does not pair well with the choice of production — unlike her other singing track, “No Debate”, with Trippie Redd.

Otherwise, while not bad songs, “Check Me Out” and “Girl Scouts” feel like obvious filler and TikTok fodder. The songs on the album are short and palatable, most clocking in at less than three minutes long, but it still feels like it could’ve been refined slightly with the omission of these songs that sound like they could fit on any of her other projects in the past.

The Verdict: Rico Nasty doesn’t need anyone to tell her what to do, and her eccentricity allows her to do almost anything. Whether it be mixing PC music influences with nu-metal guitars or screaming over distorted trance beats, she has transcended far beyond simply being a rapper. Nightmare Vacation is an excellent look into the many cogs that make Rico’s brain work without setting up a definitive future direction. It’s this unpredictability that makes her exciting and shows how she has enjoyed longevity in this fast-paced world.

Pick up a copy of Nightmare Vacation here… 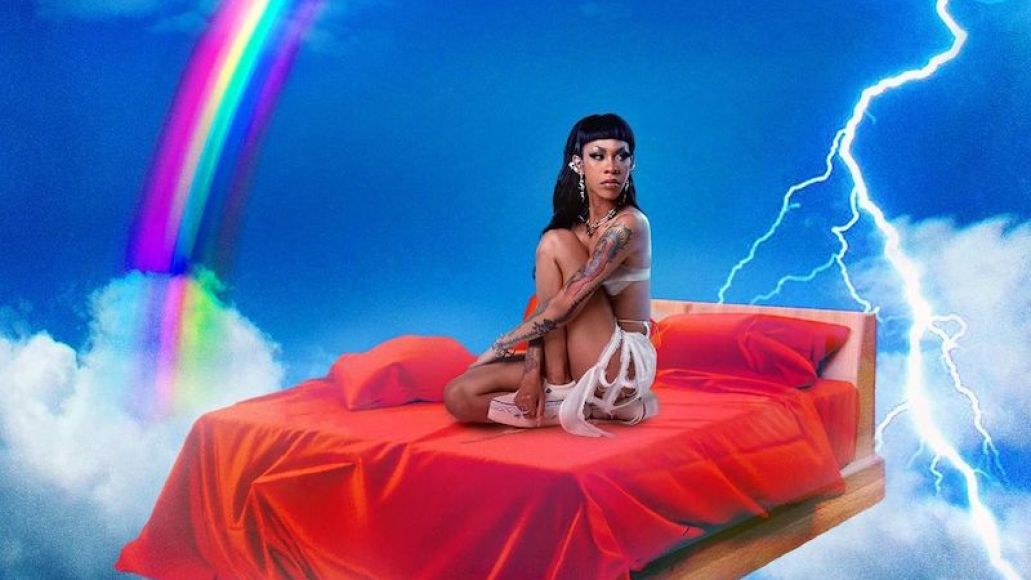